ESPN Senior Writer Ian O’Conner’s praise for the disrespect of America that occurred around the NFL on Sunday is appalling.

It’s been about 13 months since Colin Kaepernick began his national anthem protest last NFL season, which saw an overwhelming resurgence on Sunday. Although Kaepernick is no longer playing in the NFL, ESPN Senior Writer Ian O’Conner declared the former San Francisco 49ers quarterback the “biggest winner of the day.” 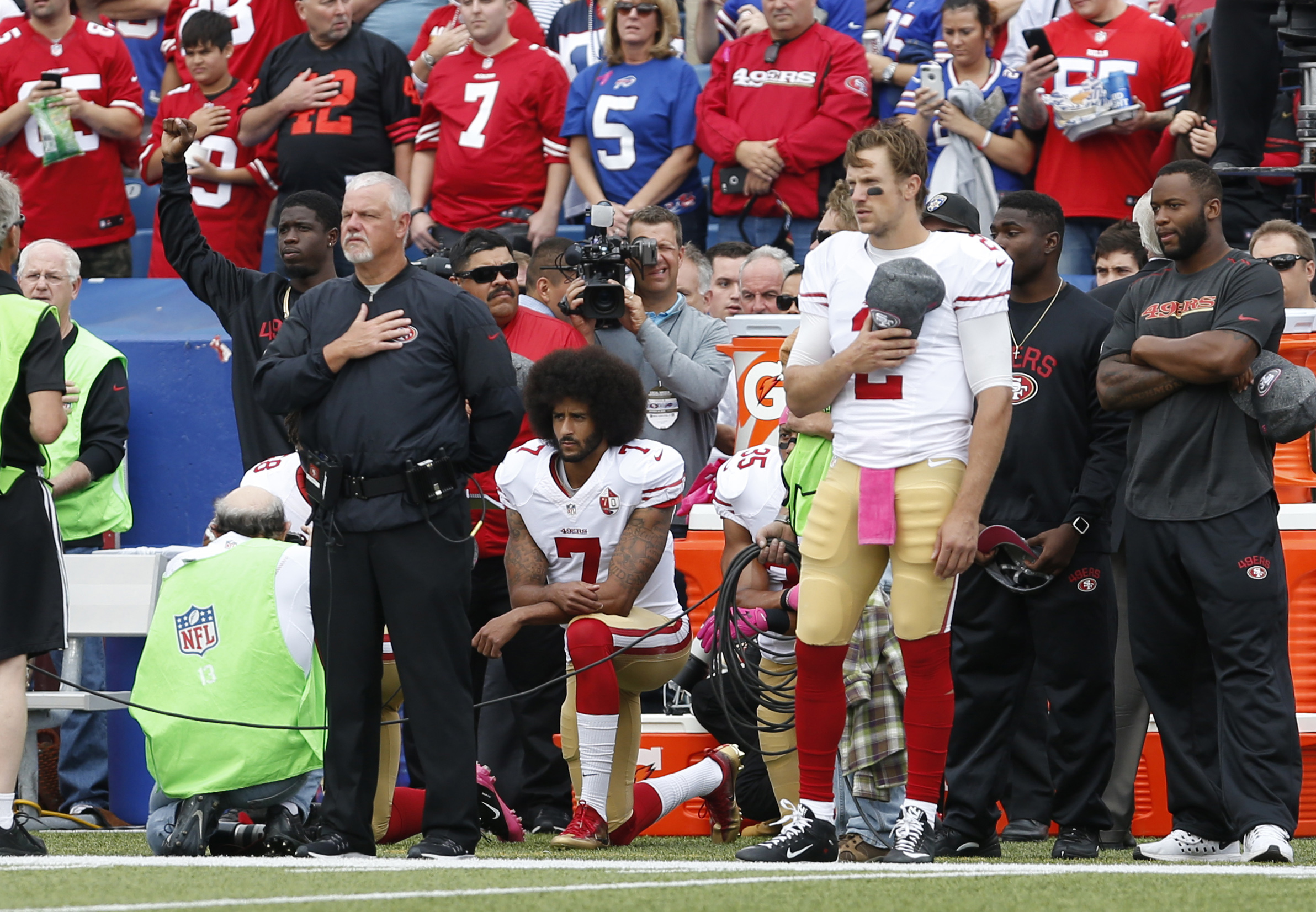 “This was Kaepernick’s defining moment Sunday, far more significant than his two playoff conquests of Aaron Rodgers and his NFC Championship Game victory over Atlanta in 2013,” O’Conner writes.

Close to 200 players participated in the national anthem protests in various fashions on Sunday, some taking a knee, some sitting and others either standing with locked arms or raised fists. The Baltimore Ravens and Jacksonville Jaguars even participated ahead of their game in London.

“Scores of players, coaches and owners stood on two continents with arms locked in a show of unity after President Donald Trump profanely called for the firings of men who had peacefully exercised their First Amendment rights,” as O’Conner put it. 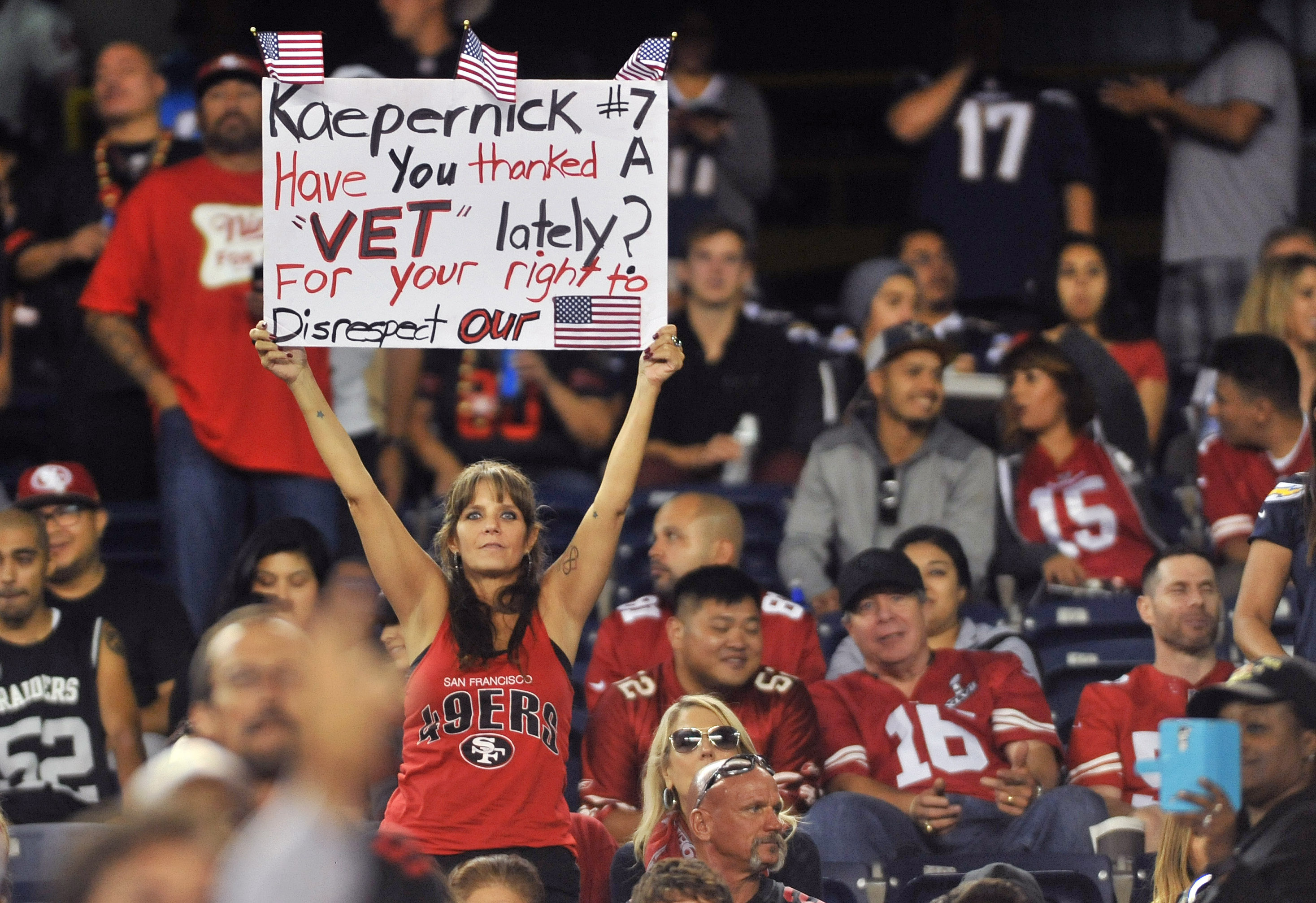 “This show of solidarity was a blowout victory for Kaepernick, absent in body but so present in spirit,” the ESPN senior writer continued.

“Put aside your personal feelings about what you witnessed Sunday, pro or con, and review this fundamental concept of American democracy: Freedom of expression is a constitutional right. Many men and women have died protecting it,” O’Connor argued. “Protesting players have not broken any league or team rules. They have done nothing to disrupt the games they’re paid handsomely to play, or to prevent teammates from standing and honoring the anthem as they see fit.”

That all may be true, but to use that freedom of expression that men and women have died protecting to disrespect them by sitting or kneeling for the national anthem and the flag blows a big hole in O’Connor’s entire argument.

O’Connor also pointed to Donald Trump as the leading cause of division and suggested that he should have invited players to discuss the issue instead of calling for them to be fired in a public setting.

“The president assailed the basic rights of unionized NFL workers, and he ended up unifying the very sport he’s trying to tear down,” O’Connor wrote. “In the end, he made a big winner out of his least favorite athlete, Colin Kaepernick, a quarterback who didn’t need to be on the field to have his day in the sun.” 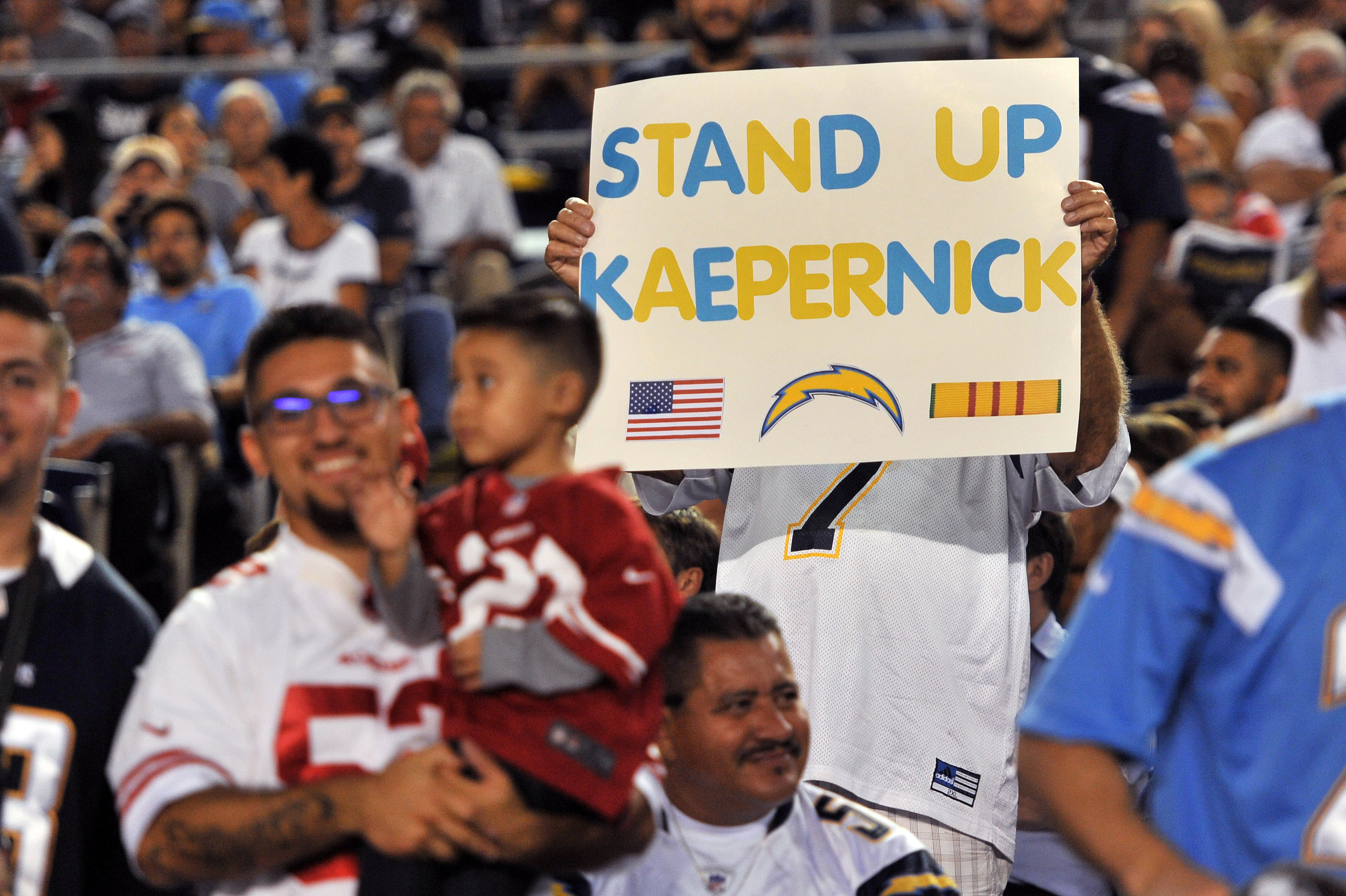 Clearly O’Connor jumped to the conclusion that many did when it came to Trump’s remarks. It is the players who have turned the national anthem protest into a racial issue, not Donald Trump. The commander-in-chief is simply saying that NFL players, who benefit greatly from their living in America, should show some respect for the men and women who paid the ultimate sacrifice for their freedom.