Former Team USA coach John Tortorella’s comments about the national anthem seem to be more relevant than ever after the antics during the NFL on Sunday.

“If any of my players sit on the bench for the national anthem, they will sit there the rest of the game,” the current Columbus Blue Jackets coach told ESPN reporter Linda Cohn when she asked about his stance on national anthem protesters last year. 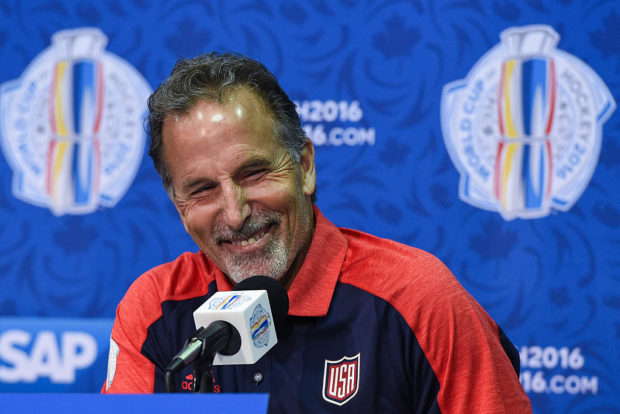 Tortorella’s opinion is much different than that of lots of NFL coaches, who have allowed players and entire teams to skip the national anthem or not stand.

I have no idea if any current NFL coaches have told players to stand or threatened their job security if they don’t, but it’s clear Tortorella had zero problem making his pro-national anthem stance clear.