The day-long protests by NFL players didn’t help the ratings for “Sunday Night Football,” dropping 11 percent over the previous year.

The game between the Washington Redskins and the Oakland Raiders Sunday night on NBC brought in an average in overnight ratings of 11.6 in metered market households, according to The Hollywood Reporter.
(RELATED: NFL Ratings Tank–Worst Viewership In Nearly Two Decades) 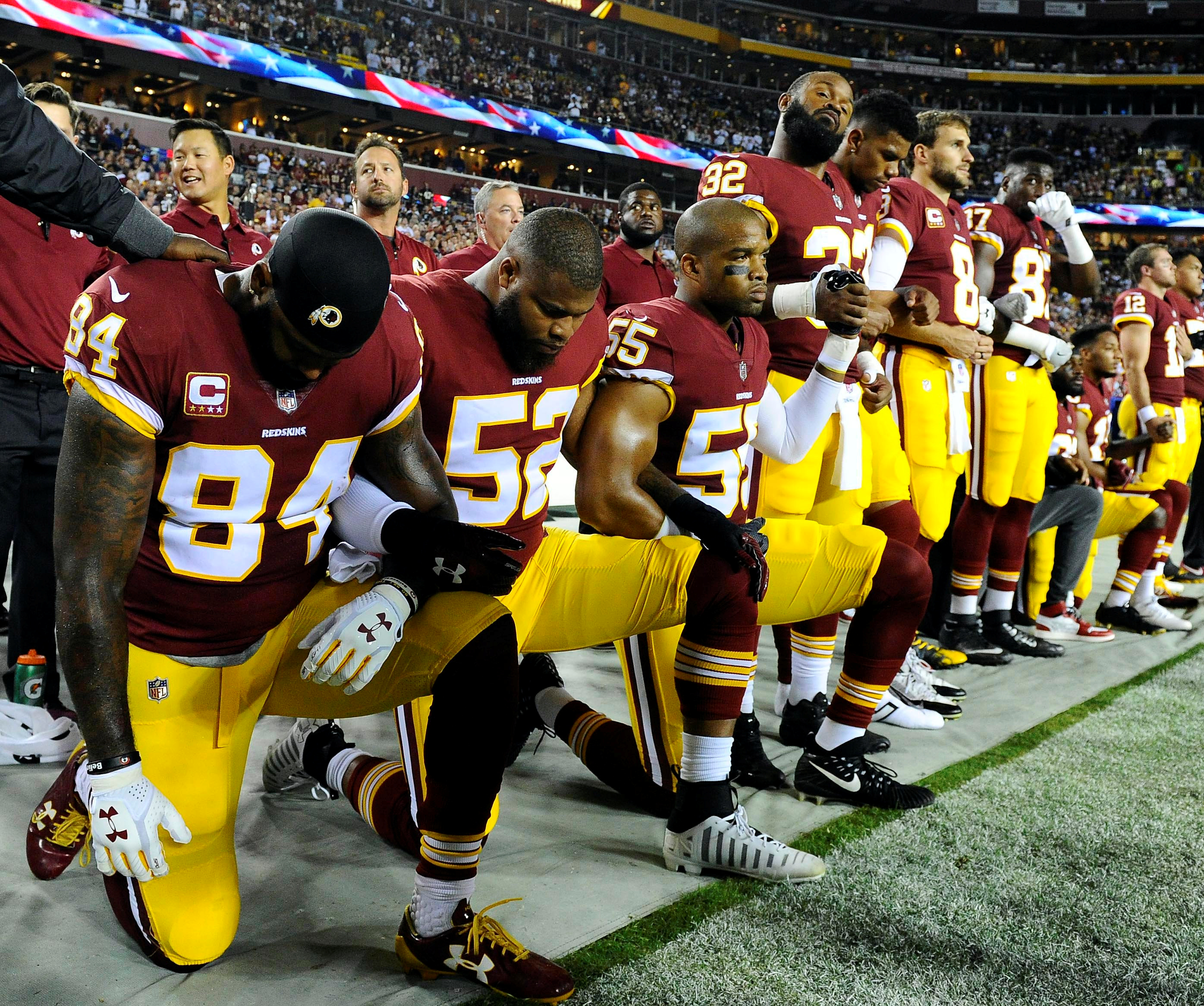 That’s not only down over the previous year, but also down nine percent from the previous “SNF” game of the 2017 season between the Green Bay Packers and the Atlanta Falcons.

The day of protest against President Donald Trump, who said players who refuse to stand for the national anthem should be fired, might have been the reason for the low ratings. However, the fact that the game was a blowout could have also contributed, with the Redskins leading the Raiders 14-0 at halftime.

The preliminary numbers for the NFL third week of games compared to last year at the same time show a decrease across the board as well, according to ESPN. CBS was down one percent and Fox saw a drop of 16 percent over last year’s numbers.

1
'Don Jr. Better Not Get Close To Me': Democratic Congressman Appears To Threaten Trump Jr.
Politics
2
Judge Dismisses Lawsuit Against FBI Informant Used In Trump Probe
US
3
Federal Court Blocks Trump Administration's 'Remain In Mexico' Program
US
4
'I Wasn't Arrested': Joe Biden Admits He Lied Numerous Times About South African Trip
Politics
5
Hillary Doesn't Understand The Can Of Worms Her New Podcast Will Open — So We Explained How It Will Blow Up In Her Face
Editorial