Any Washington journalist not working at a coffee shop in Adams Morgan Tuesday is going to kick herself and wish she had.

Popville, a freaking neighborhood blog for godsakes, got the golden scoop this afternoon after spotting comedians Jerry Seinfeld and Dave Chappelle grabbing coffee at The Diner.

There they were, sauntering down the main 18th Street drag in Washington’s Adams Morgan neighborhood. Chappelle is in town this week performing at the Warner Theatre. 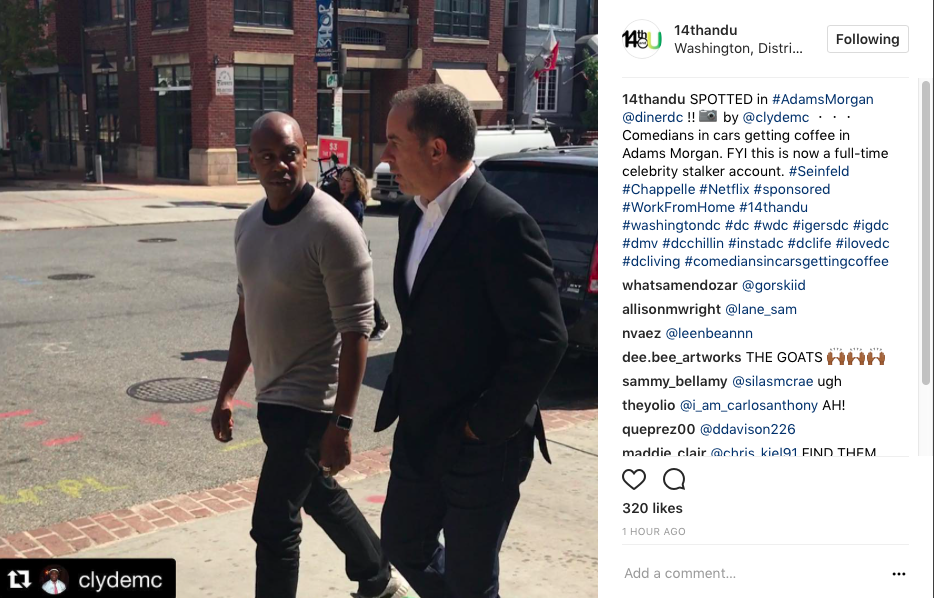 “Fuckin’ awesome,” said a Washington reporter who attended Chappelle’s opening night. “He went in on politics and transgenders and doesn’t disappoint.”

Seinfeld is here to film “Comedians in cars” — his sitcom in which he picks up a comedian in an unusual car and takes him or her out for coffee. He picked Chappelle up in a Citroën.

Rachel Couch, a “photographer and producer,” got a tad closer to them.

Jerry Seinfeld and Dave Chappelle are at my diner. pic.twitter.com/86p7E15dmw

The pictures are awesome.

Hats off to Popville!