Social media is a great way to connect with old friends, learn about all sorts of people across the globe, and completely ruin your career in an instant. That’s what a young West Point graduate named Spenser Rapone is learning right now.

Earlier this week Rapone, a Second Lieutenant in the United States Army, posted the following images in support of Colin Kaepernick:

In case there was any lingering doubt, hasta la victoria siempre pic.twitter.com/0XrW38wcCk 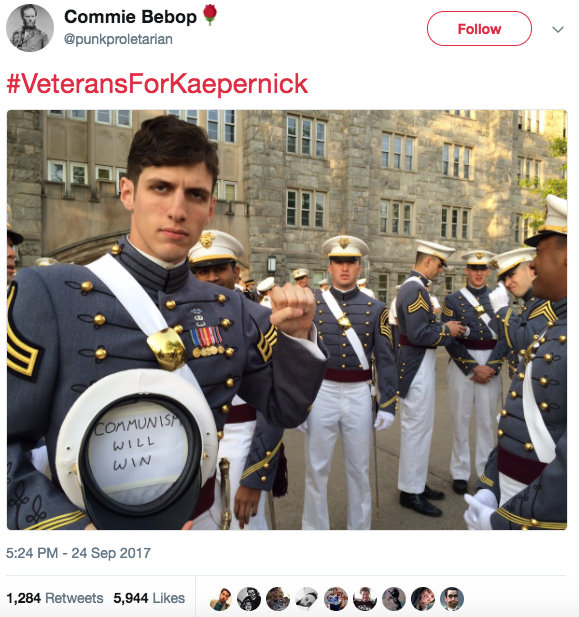 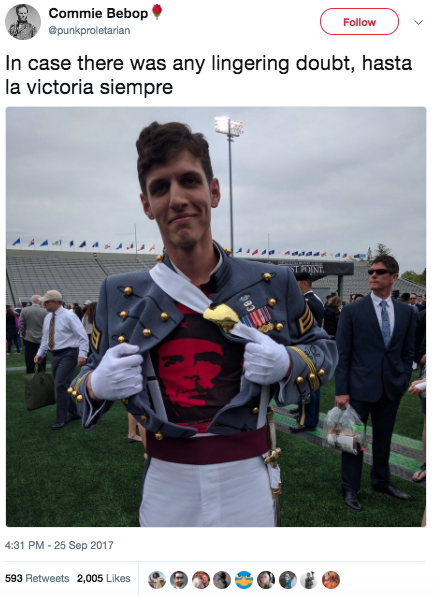 If this seems like a bad idea to you, the Army agrees. Young Spenser is in hot water. Just imagine, getting through West Point and then throwing it all away… for Colin Kaepernick.

Rapone’s dad isn’t happy about it either. WFMJ in Youngstown, OH:

Here’s what he wrote:

I believe in free speech, and I also know that there’s a thing called the Uniform Code of Military Justice. So I support Rapone’s right to say any damn fool thing he wants, and I also understand the Army’s obligation to kick his ass for it. They’re not there to be #woke. They don’t care how many likes and retweets you get.

My advice to Second Lt. Rapone: Declare that you’re actually a woman trapped in a man’s body, and then wait for another Democrat to get elected. That trick always works.

P.S. This kid listens to Chapo Traphouse, of course. I hope they have him on as a guest after he’s drummed out of the Army. He’s their hero now.