President Donald Trump told reporters Wednesday that he is “not happy” about Health and Human Services Secretary Tom Price’s reported use of private planes in office, and left the door open to firing the cabinet secretary.

“I’m not happy with Tom. I’m not happy, and I let him know it,” Trump said. When asked whether he will fire Price, Trump replied, “We’ll see.” 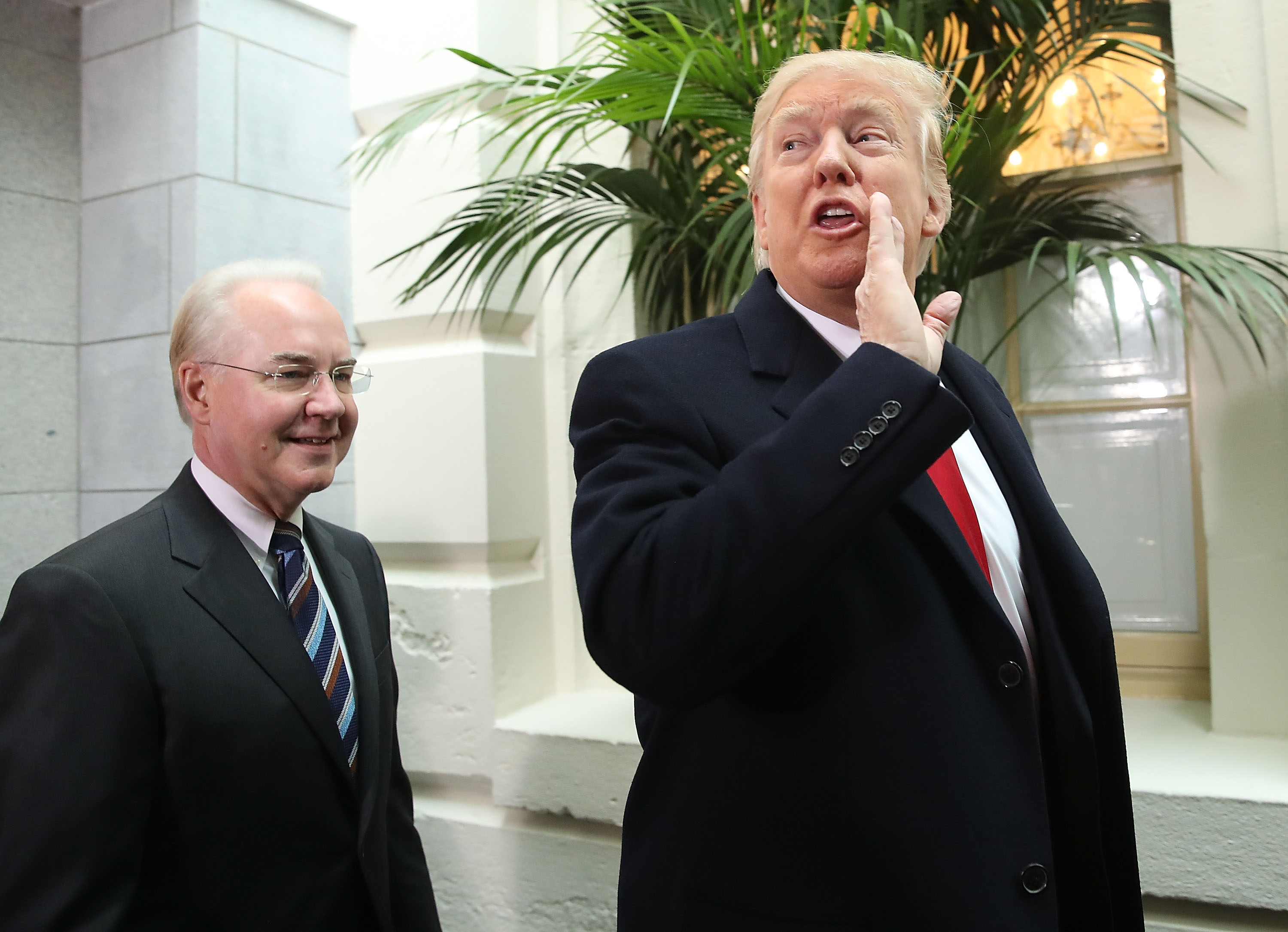 Price has reportedly spent more than $400,000 of taxpayer money since joining the administration on private plane travel that the Health and Human Services inspector general is now probing.