The plot of the film, according to IMDB, is, “A biologist signs up for a dangerous, secret expedition where the laws of nature don’t apply.”

I have to be honest, I have absolutely no idea what I just watched, but it looks absolutely awesome. There is zero percent chance I’m skipping a movie where Natalie Portman runs around firing rifles and my mind gets all twisted. 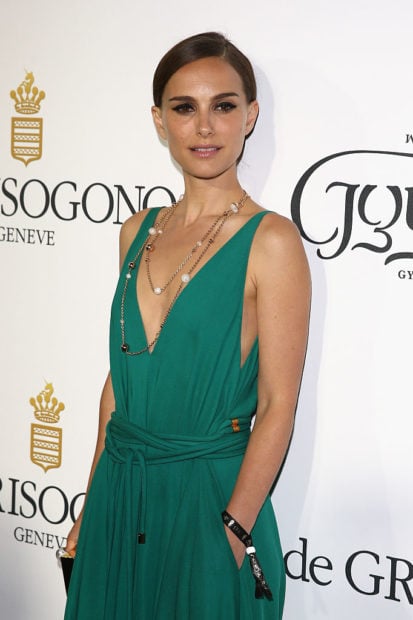 The plot description of the film gives absolutely nothing away, which makes me believe it’s so crazy that the film studio just doesn’t want to tip its hand.

We’ll all find out if this film will live up to the very high expectations I’m putting on it when it’s released February 23.

1
Joe Biden Said To Believe Women Who Say They're Sexual Assault Victims. Now He's Denying A Woman's Sexual Assault Accusation
Politics
2
China Was Lauded As New 'Global Leader' For Distributing Medical Equipment To Fight Coronavirus, But Most Of That Equipment Is Reportedly Defective
World
3
Tucker Carlson Insists Biden 'Will Not Be The Democratic Nominee.' Here's Who He Predicts Will Assume The Mantle
Media
4
ICE Is Using Its Deportation Flights To Bring Home Americans Stuck Abroad
World
5
Here's Why Californians Are Getting Reamed At The Gas Pump Despite Rock-Bottom Oil Prices
Energy