“I do. I think it means making a league wide rule. If you want to protest, protest off the job,” Walker told TMZ when asked if the NFL should create a rule banning kneeling during the national anthem.

The NFL had more than a hundred players kneel during the national anthem last weekend, and it’ll certainly carry over into the games on Sunday. 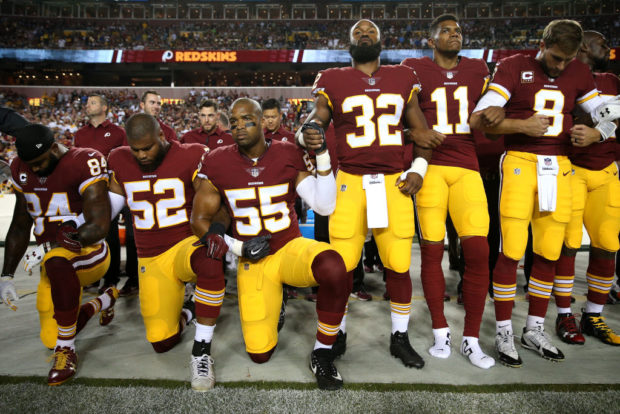 LANDOVER, MD – SEPTEMBER 24: Outside linebacker Ryan Anderson #52 and linebacker Chris Carter #55 of the Washington Redskins during the the national anthem before the game against the Oakland Raiders at FedExField on September 24, 2017 in Landover, Maryland. (Photo by Patrick Smith/Getty Images)

Walker being so open about wanting the league to institute a policy banning kneeling during the anthem is just further proof of the division within the league. It’s unlikely the national anthem protests get figured out anytime soon, but expect more and more former players to project their opinions.