More than two-thirds of Americans say professional athletes should either keep their political activity off the field or abstain from politics altogether, a new CBS poll reveals.

When asked whether pro athletes should “use their position and fame to talk politics or raise issues, if they want to,” 41 percent of respondents answered yes “but only on their own time” — i.e. not while representing their team. Another 27 percent said pro athletes “should not” use their elevated positions to advance political issues, while 32 percent said athletes should get political “whenever they want to.” 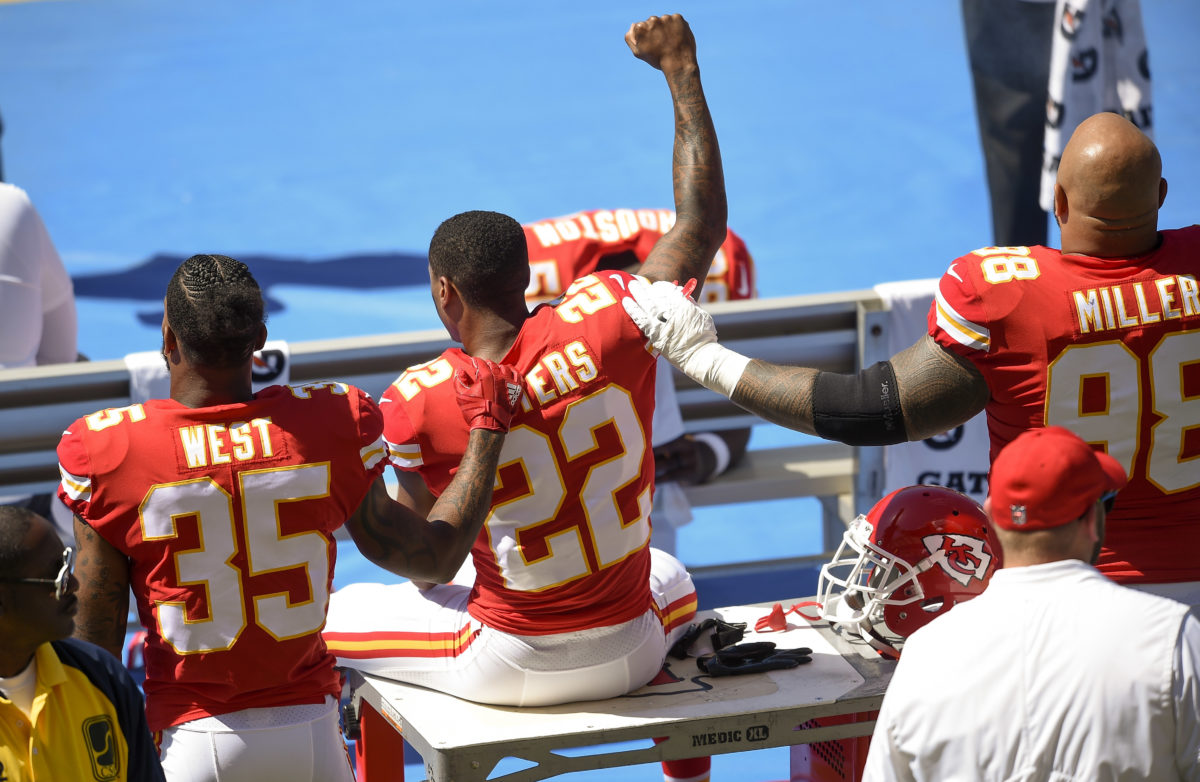 Sep 24, 2017; Carson, CA, USA; Kansas City Chiefs defensive back Marcus Peters (22) protests next to running back Charcandrick West (35) and defensive tackle Roy Miller (98) during the National Anthem prior to the game against the Los Angeles Chargers at StubHub Center. (Photo: Kelvin Kuo-USA TODAY)

Players, coaches and owners across the NFL last week knelt before or during the national anthem to protest President Trump’s assertion that players who do so should be fired.

Of that 51 percent, 69 percent pointed to “players using the NFL as a stage for their political views” as the primary reason why they’re watching less football.