There was a significant decrease in NFL players kneeling during the national anthem this Sunday as compared to last, but almost half of Colin Kaepernick’s old team took a knee.

Kapernick began his national anthem protest over a year ago on the San Francisco 49ers. Although Kaepernick no longer plays for the 49ers or any other team in the NFL, 30 players from the 49ers continued his protest by kneeling on Sunday while the rest of the players stood behind them with their hands on their hearts. 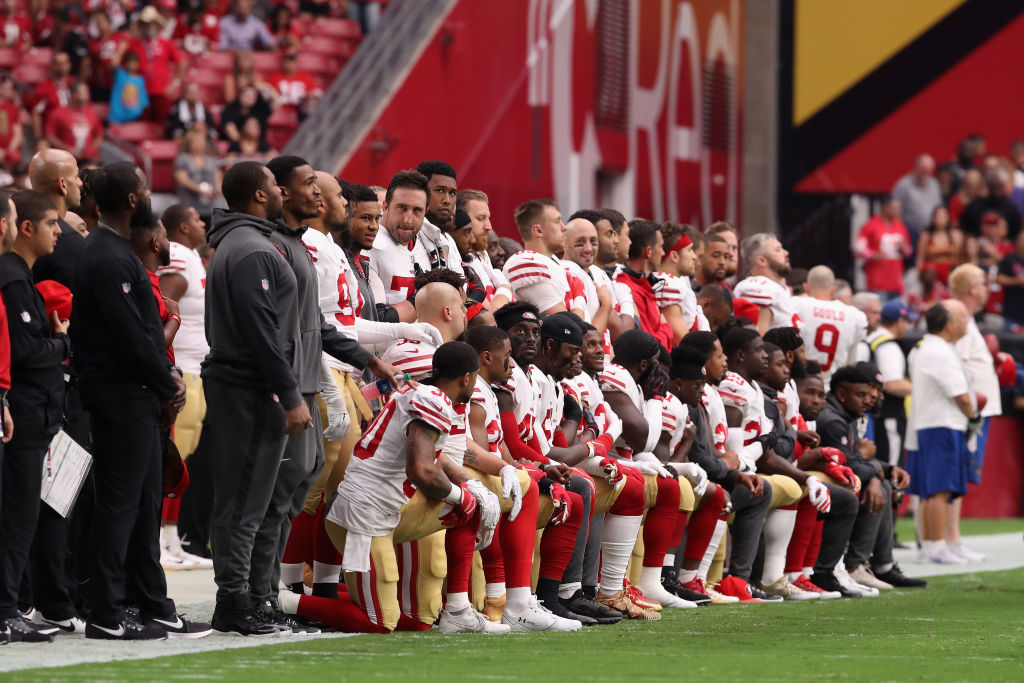 The 49ers released a lengthy statement explaining the team’s decision to do this as a display of “unity,” including a disclaimer that they mean no disrespect to the flag or the military.

“For more than a year, members of our team have protested the oppression and social injustices still present in our society. While some may not have taken a knee or raised a fist, we have all shared the desire to influence positive change. Today, our team chose to publicly display our unity in a new way and, in turn, urge others to do the same. Our demonstration is simply a representation of how we hope our country can also come together by putting differences aside and solving its problems.”

#49ers national anthem demonstration:
2 lines, 30 players kneeling while others stand behind them, all crossing hand over heart pic.twitter.com/ydj4YWLJYT

“As the majority of us have done throughout our careers, we use our platform as members of a NFL team, and our right to freedom of expression, to speak up for those whose voice is not heard,” the statement continued. “Make no mistake, we love this great country and have tremendous respect for our military and veterans who have sacrificed so much for our right to express ourselves freely. We passionately want what is best for this country and all its citizens.”

Nearly 200 players participated in the national anthem protest in various fashion last week. Other than the San Francisco 49ers display, there was a drastic decrease in players kneeling across the NFL this week.