Melania Trump blew everyone away with her summer style and it looks like she’s going to continue to do so in the fall. 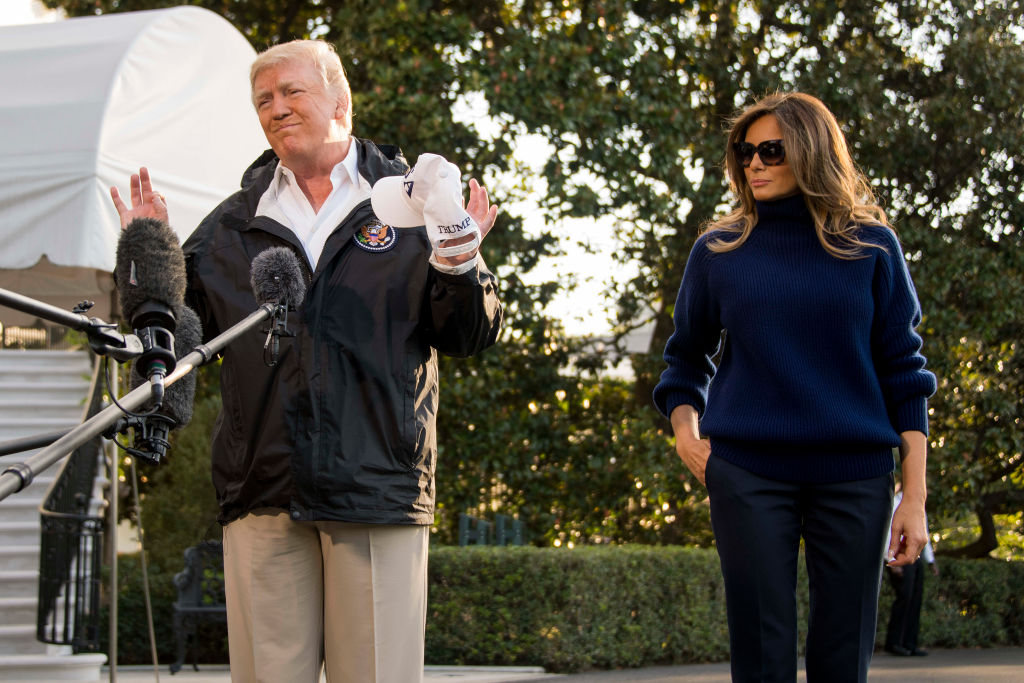 Donald and Melania Trump departed the White House en route to San Juan, Puerto Rico on Tuesday morning and the first lady was dressed for the cooler temperatures in Washington.

The first lady stepped out onto the South Lawn of the White House wearing a midnight blue sweater, black slacks and stilettos. 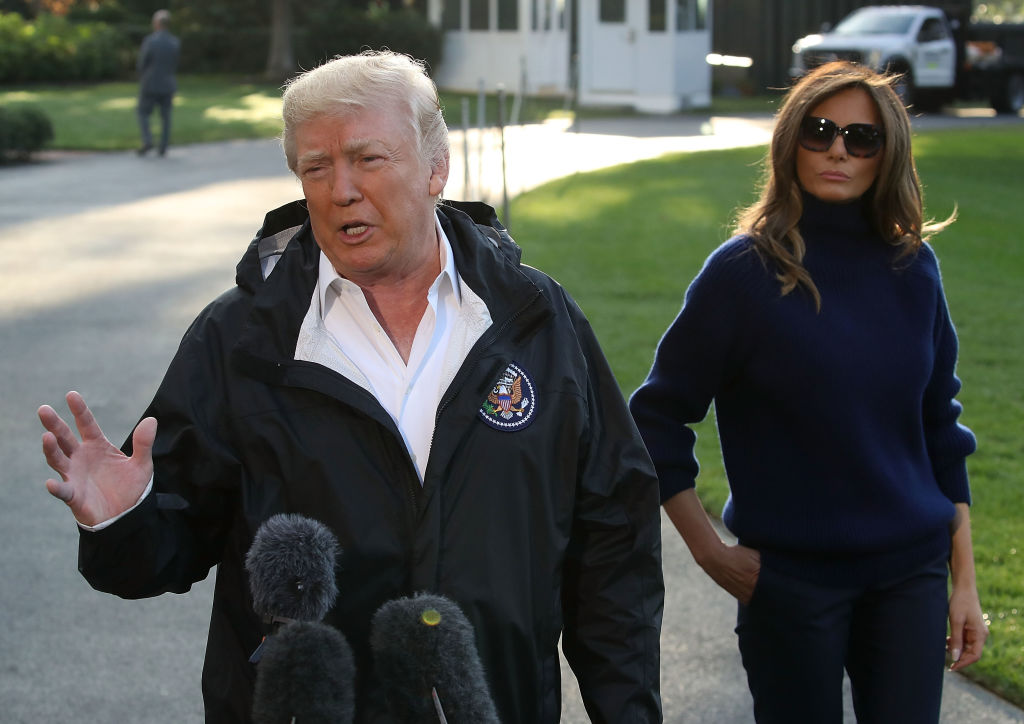 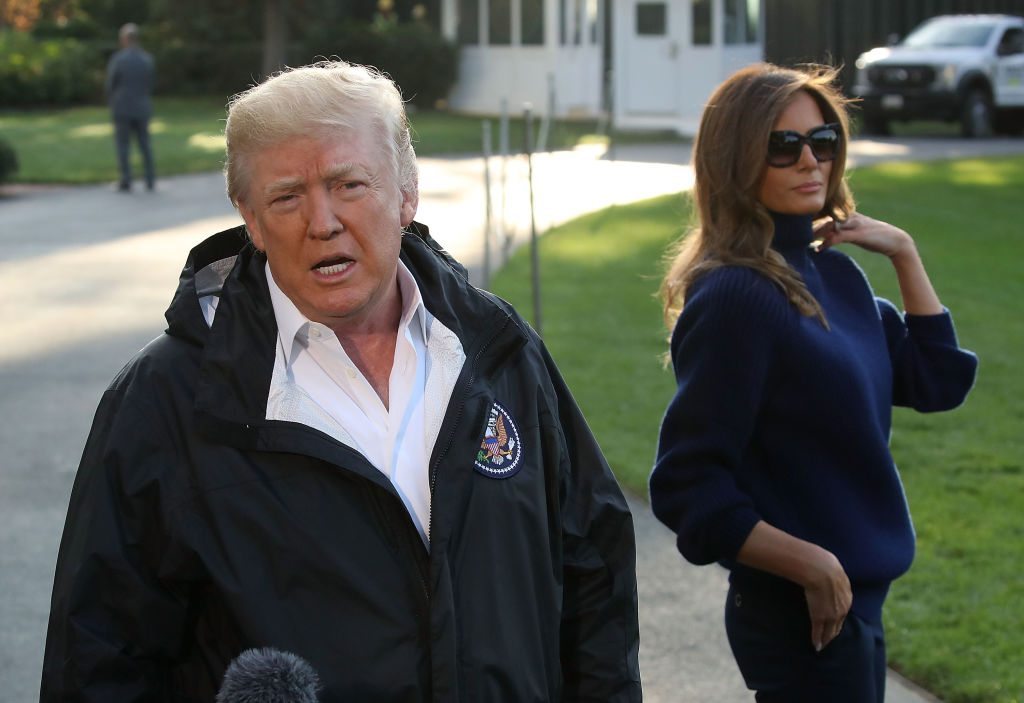 The Trumps are heading down to Puerto Rico to survey damage from Hurricane Maria and visit with some of those affected by the recent storm. Surely Melania will change into something more comfortable on the flight down, but she never misses a chance to look stylish en route to Air Force One. 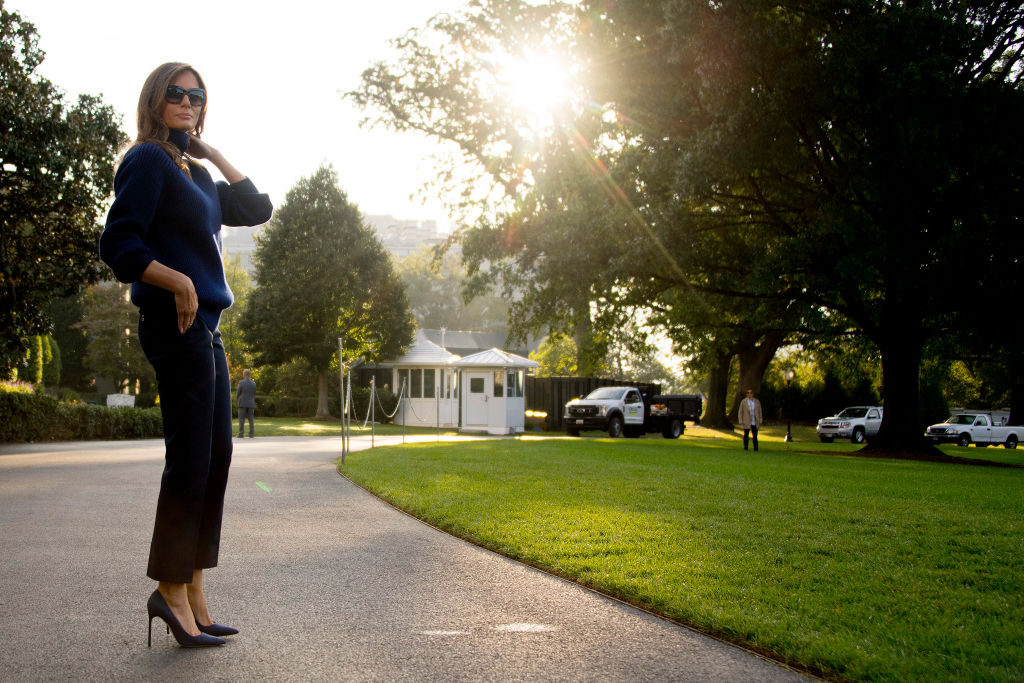 The president has received a good deal of criticism for his slow reaction to the hurricane-ravaged island. This will be his first visit to the United States territory where he will meet with officials from both Puerto Rico and the US Virgin Islands as well as the Navy and Marine Corps. 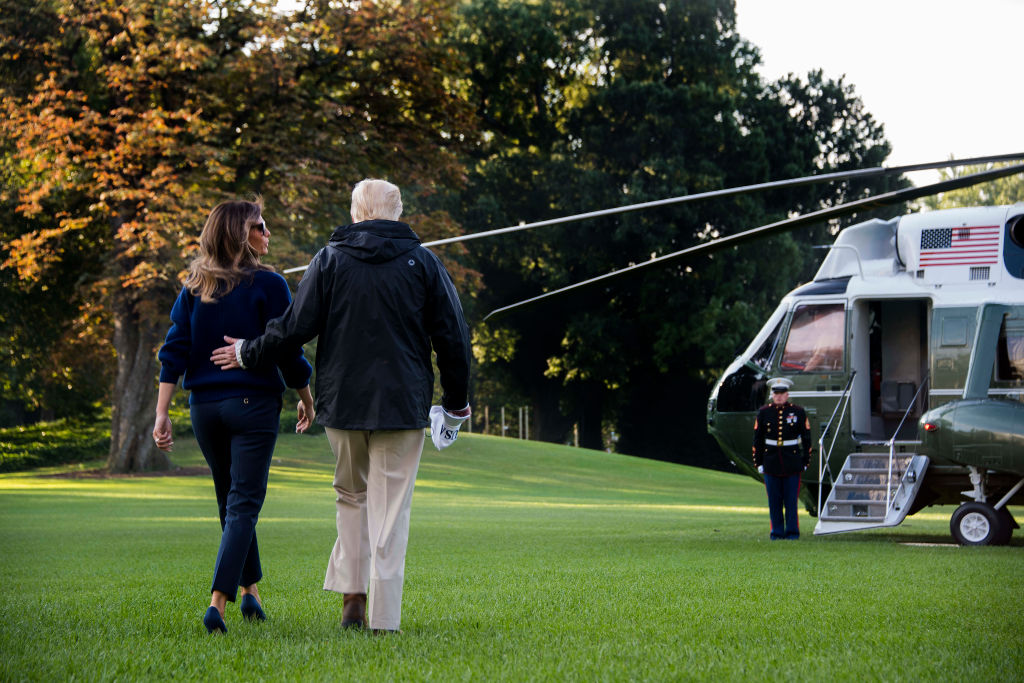 The president and first lady will return to Washington, D.C. Tuesday evening.