“I’m not driven to write any anti-Trump diatribe; that doesn’t feel necessary at the moment,” the 68-year-old singer shared in an article published Wednesday in Variety. (RELATED: Bruce Springsteen Blasts Trump’s Immigration Ban As ‘Un-American’) 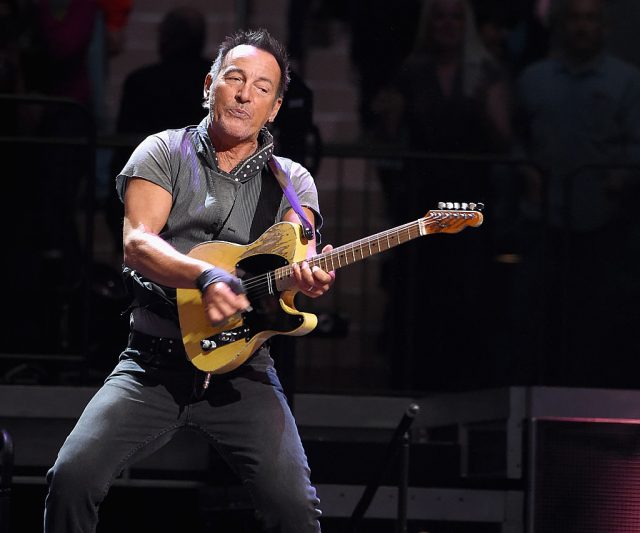 “Yeah, because it’s everywhere and all over, ya know,” he added, when asked why not. “It feels a little redundant to me at the moment. And, once again, I always try to look at what I can deliver that’s personal to me and of most value. ”

“The audience has a wide variety of needs; whatever you’re writing, you’re trying to meet your own need, and as I’ve said in other interviews, Marty Scorsese once said, ‘The job of the artist is to make the audience care about your obsessions,'” he continued. “So I hope I write about the things that obsess me well enough for my audience to care about them.”

When pressed further by the interviewer, Springsteen shared that people want music that reaches “deeper than politics.”

“I’m ambivalent about … sort of getting on a soapbox,” Springsteen said. “I still believe people fundamentally come to music to be entertained–yes, to address their daily concerns, and yes, also to address political topics, I believe music can do that well.”

“But I still believe fundamentally it’s an affair of the heart,” he added. “People want you to go deeper than politics, they want you to reach inside to their most personal selves and their deepest struggles with their daily lives and reach that place; that’s the place I’m always trying to reach. I’d never make a record that’s just polemical, I wouldn’t release it if I did. To me, that’s just an abuse of your audience’s good graces. If I felt that strongly, I’d do it now. But I watch myself, because I think you can weigh upon your audience’s indulgence in the wrong way.”