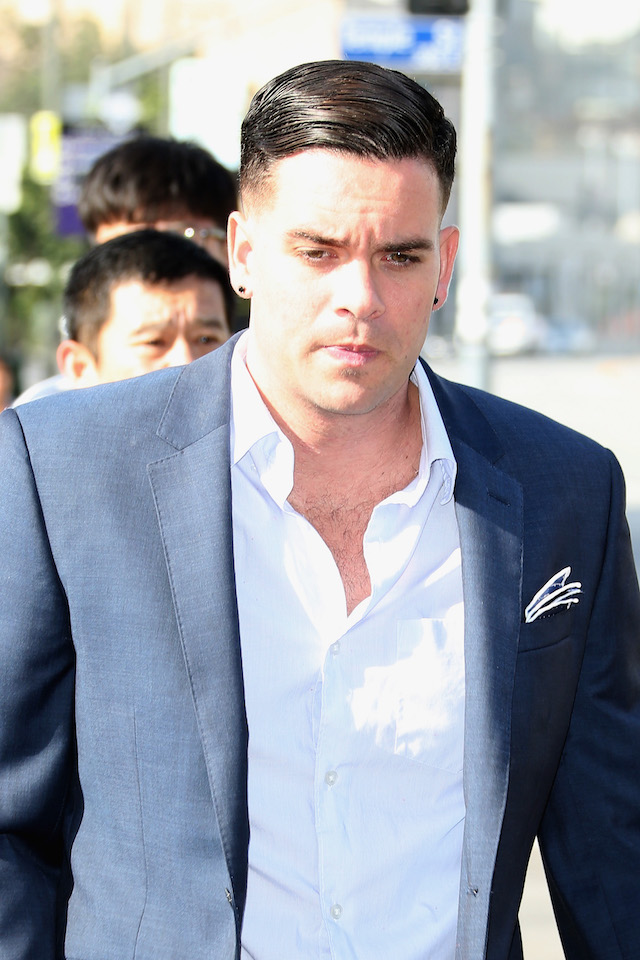 Mark Salling arrives for a court appearance at United States Courthouse – Central District of California on June 3, 2016 in Los Angeles, California. Salling is turning himself in to federal authorities and is scheduled to be arraigned on two charges of child pornography. (Photo by Frederick M. Brown/Getty Images)

According to the documents, Salling must register as a sex offender as well as have no communications with anyone under the age of 18 unless under supervision of a parent or legal guardian. He must also enter a sex offender treatment program and pay $50,000 in restitution to each victim who requests it.

After he has served his time behind bars, he will remain under supervised release and must adhere to a list of guidelines for the next 20 years. Those rules include staying 100 feet away from any place where children gather including public swimming pools, school yards, parks, playgrounds and video arcades.

The actor was arrested in December 2015 after investigators said they found thousands of images and hundreds of videos depicting child pornography on computers and thumb drives that belonged to Salling.

He was facing up to 20 years in prison for the charges.