President Donald Trump summoned the White House press corps Thursday night to photograph his top military aides and their wives. During the shoot, Trump told reporters the evening represented “the calm before the storm” but would not elaborate.

White House reporters were called to the State Dining Room and asked to document a formal dinner Trump spontaneously decided to host for his military advisers. Trump referred to the impromptu dinner and photo shoot as “the calm before the storm,” before praising the military and reiterating his array of military options with respect to North Korea.

“You guys know what this represents?” Trump asked. “Maybe it’s the calm before the storm.”

One reporter replied asking Trump to explain what he specifically he was referring to, offering the Islamic State, North Korea and Iran as potential answers. 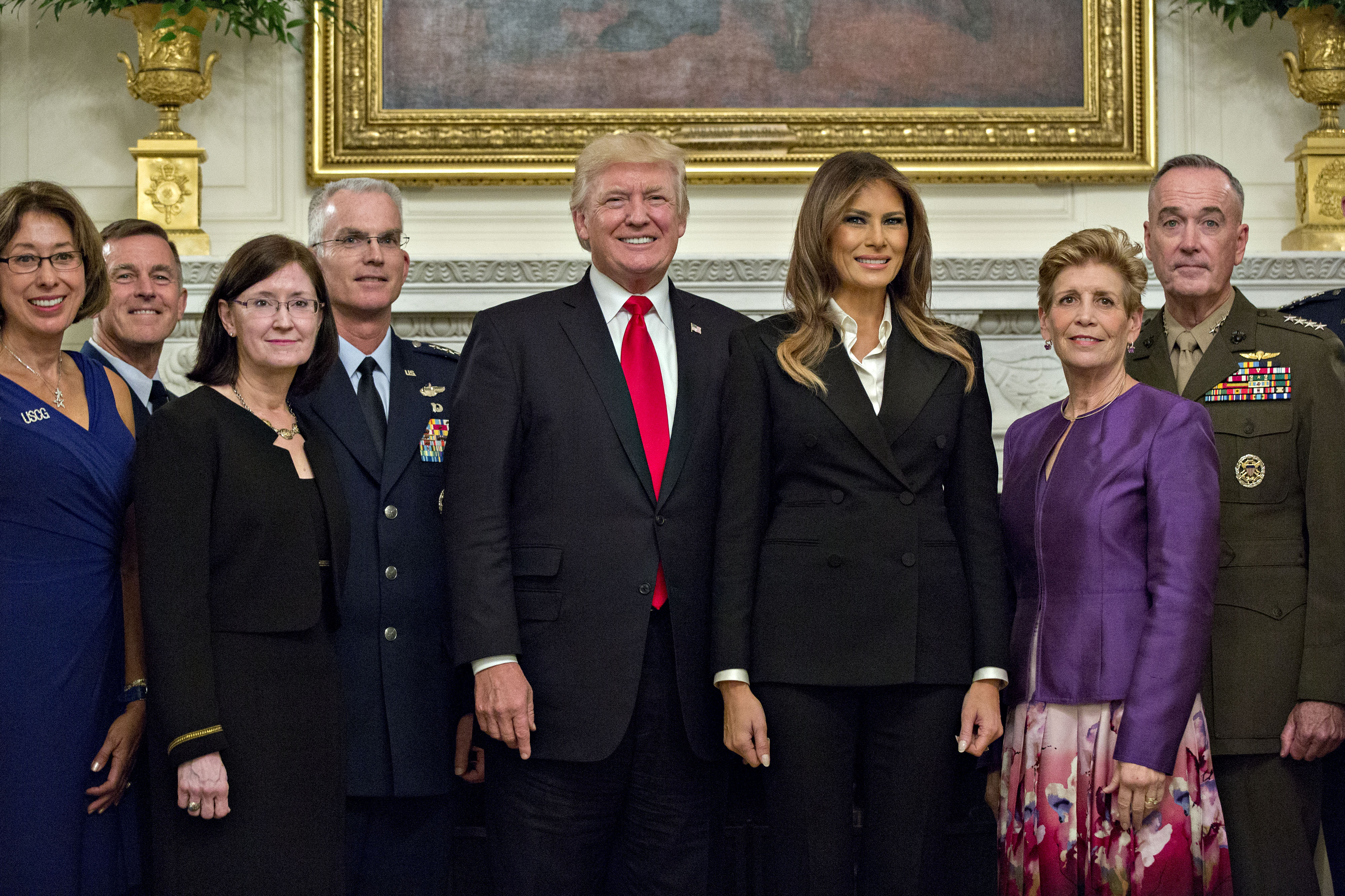 WASHINGTON, DC – OCTOBER 5: U.S. President Donald Trump and first lady Melania Trump pose for pictures with senior military leaders and spouses, including including Gen. Joseph Dunford (R), chairman of the joint chiefs of staff, and General Paul Selva (4th L), vice chairman of the joint chiefs of staff, after a briefing in the State Dining Room of the White House October 5, 2017 in Washington, D.C. The Trumps are hosting the group for a dinner in the Blue Room. (Photo by Andrew Harrer-Pool/Getty Images)

As the dinner progressed, Trump veered into discussing the “tremendous progress” made against ISIS, adding, “I guess the media’s going to be finding out about that over the next short period of time.”

He praised the assembled military aides, which included his defense secretary and chairman of the Joint Chiefs of Staff, calling them “the world’s great military people.”

The group reportedly discussed escalating tensions with North Korea and the expected decision on whether to remain in the Iran nuclear deal.

Trump issued another stark warning to North Korean dictator Kim Jong Un, reiterating that he has a range of military options at his disposal.

“We cannot allow this dictatorship to threaten our nation or allies with unimaginable loss of life,” he said, vowing to “do what we must do to prevent that from happening and it will be done, if necessary. Believe me.”