One of the largest video game industry conferences currently taking place in Poland has become subject to a controversy after its social media manager—and game developer—made a gaffe on Twitter. Her crime? Using the word “pretty” to describe other women.

Announcing a dialog between female game developers, Eveline Wiznerowicz wrote: “Women in games is about to start! Gamedev ladies, join us and meet the pretty side of #gamedev” with a link to the event. 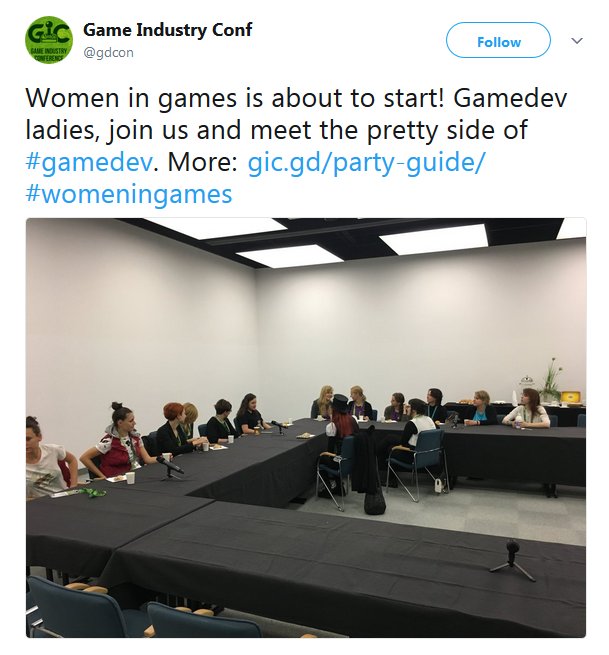 Her innocuous tweet was met with immediate fury from transgender game developers like No Man’s Sky’s Innes McKendrick, who assumed Wiznerowicz’s gender, and demanded that she “shut the hell up and listens to them.” 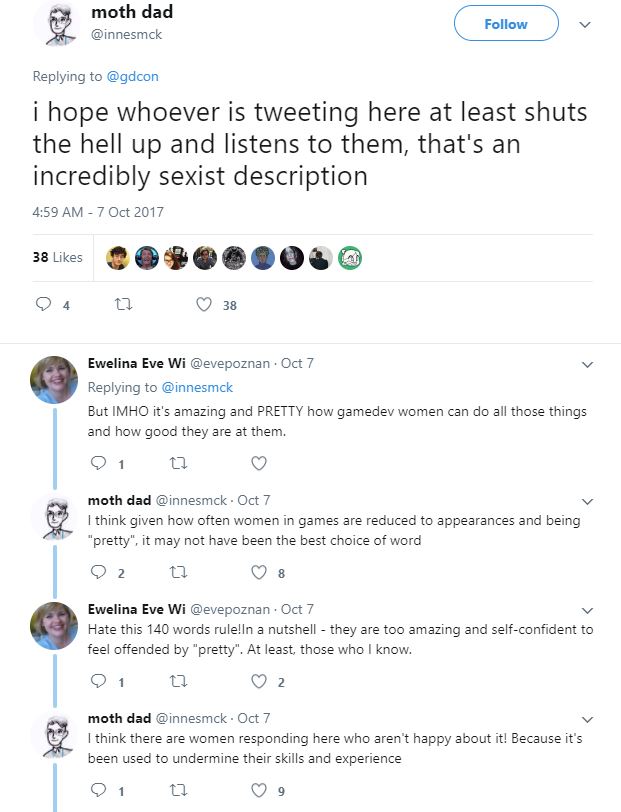 Other feminists in game development soon piled on, stating that Wiznerowicz’s use of the word “pretty” diminished their professional accomplishments. 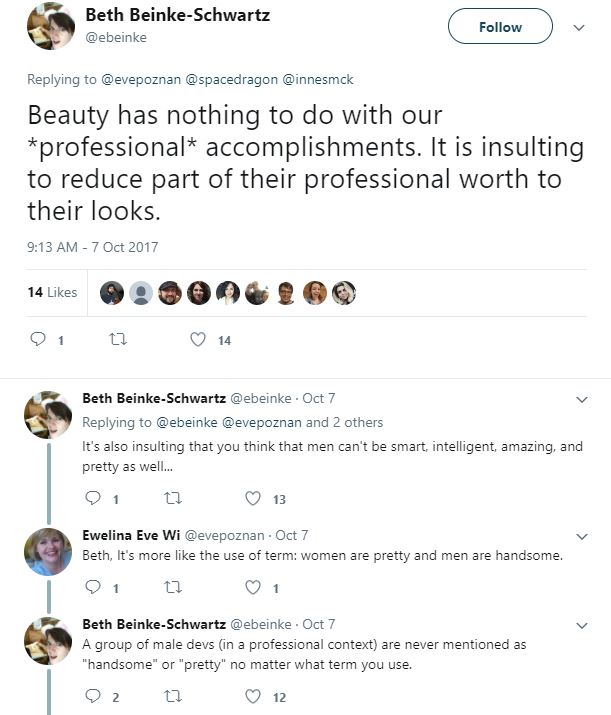 Following the outrage, the conference organizer Jakub Marszałkowski‏ apologized for the incident, stating that “actions were taken for it not to happen ever again. GIC cares for inclusiveness” along a much longer explanation, which revealed the company’s decision to fire Wiznerowicz for her tweet.

As the head of the Game Industry Conference (GIC) I am humbly asking you to accept my deepest apologies for what we all agree was unacceptable, disrespectful and sexist tweet and replies by our Twitter trainee. Her opinions are her own and are not representative of GIV or those of female developers, who attended the conference.

I feel responsible for the conduct of all members of our team and I will do my best to make sure that a similar incident never happens again. To start with, the person who posted the sexist tweet will no longer be a part of the GIC organizational team.

Please let me assure you that GIC is a respectful environment and we have zero tolerance for such remarks. I am sure that our guests can confirm that is truly the case. The inclusiveness programs that we have already put in place are also a testament to this. You can read more about them on our website.

We will continuously work on making GIC more inclusive. And not because of this incident, but rather because this has been our goal for many years.

There’s nothing quite like making an environment that’s only inclusive to feminists with a zero tolerance for women who compliment other women.

WATCH THIS, “CONTROVERSIAL” OPINIONS ON TWITTER ARE CENSORED YET AGAIN: