Washington, D.C. has the highest rate of reported sexually transmitted diseases among teenagers in the United States — and it’s not even close.

Data from the Centers for Disease Control and Prevention shows that teens in the District of Columbia report suffering from various sexually transmitted diseases (STDs) at a rate of over 55 cases per thousand. 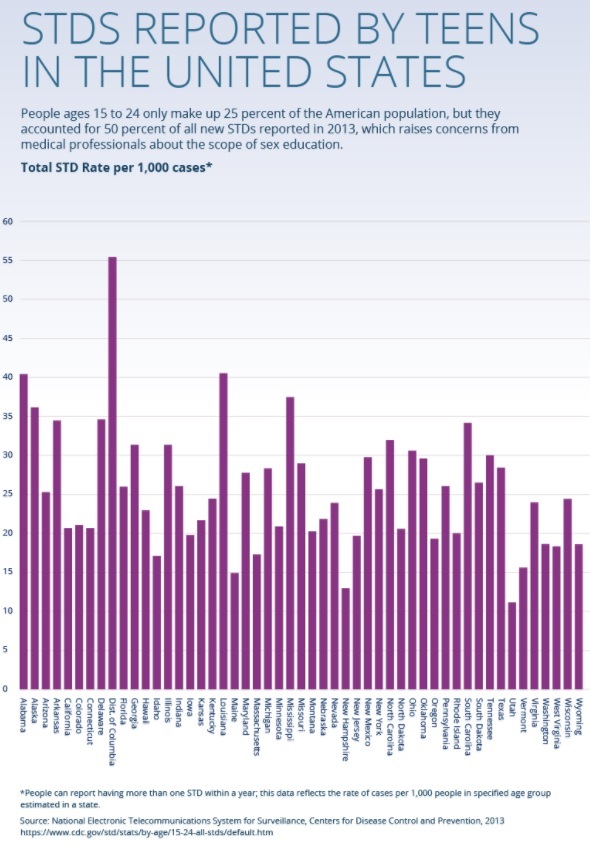 By contrast, Utah — the state with the lowest teen STD rate — has just over 10 cases of STDs for every 1,000 teens.

Data from the CDC shows that sexually transmitted diseases are most common among gay and bisexual males.

“Young gay and bisexual males have disproportionately high rates of HIV, syphilis, and other sexually transmitted diseases,” according to a CDC report on adolescent and school health.

Also, somewhat counterintuitively, “adolescent lesbian and bisexual females are more likely to have ever been pregnant than their heterosexual peers.”

The CDC collected its most recent data in 2013.