Melania Trump continued her domination of the fall season when she showed up to board Marine One outside the White House Friday for a trip to Beltsville, Maryland, in a camo border print trench coat. 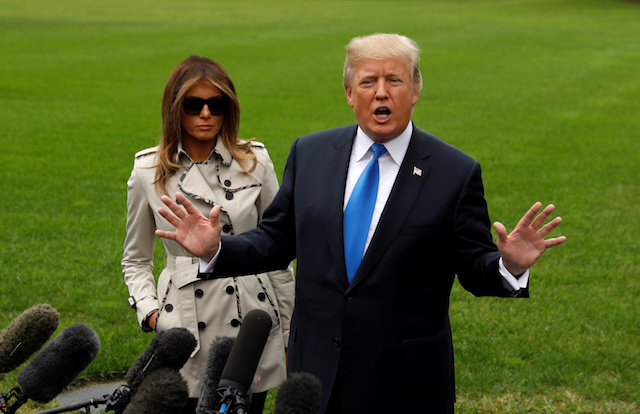 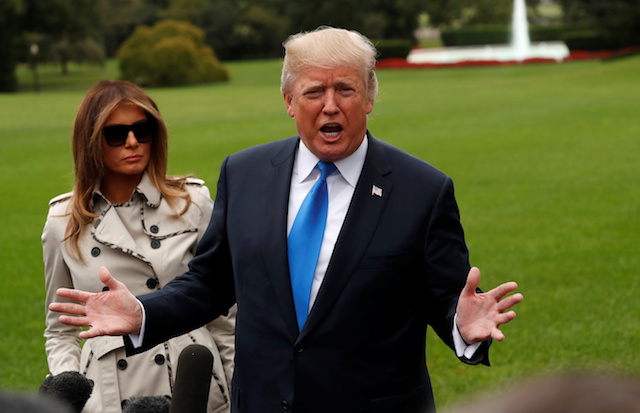 The first lady looked terrific in the coat that she paired with black pants as she stood alongside President Donald Trump who spoke to reporters ahead of their trip to the United States Secret Service James J. Rowley Training facility.  (RELATED: PHOTOS: Melania’s Shirt Dress Made Her Critics Green With Envy) 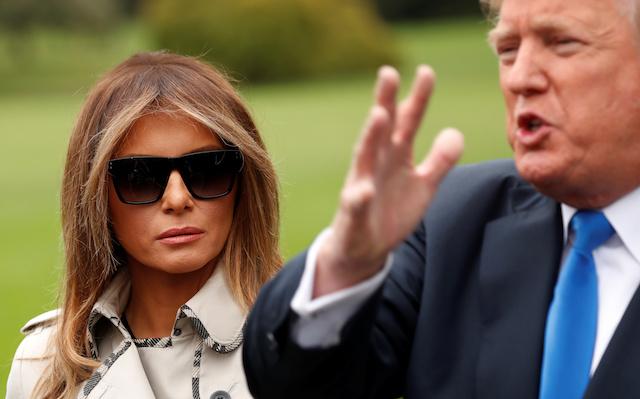 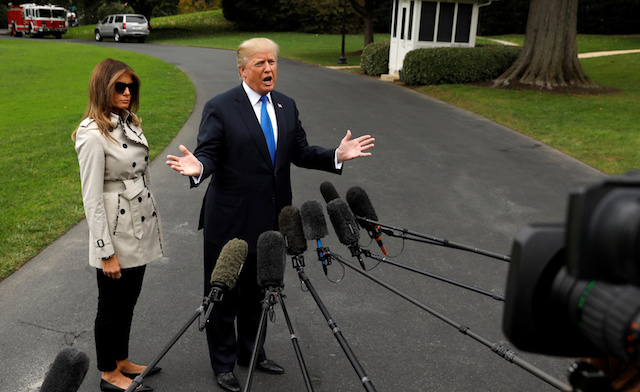 She completed the great look with a pair of sunglasses and black flats. 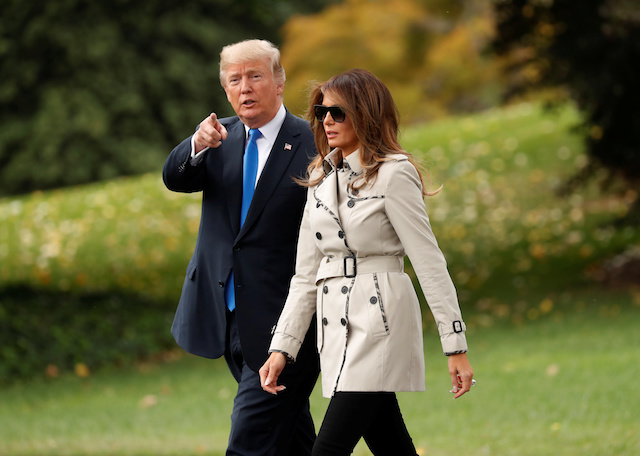 “My wife, Melania, who happens to be right here, finds that subject [opioid crisis] to be of such vital importance, and she’s very much involved,” the president told the press. “And as you know, she’s on the committee and really wants to be involved in that process.” 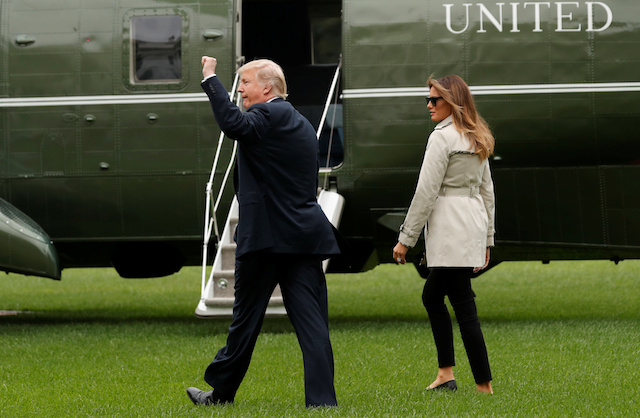