A recently-released research study sheds light on the values of white working-class voters in the United States and the reasons these voters strongly supported Donald Trump in the 2016 presidential election.

The trio of researchers conducted the study by visiting a handful of places between August 2016 and March 2017: Birmingham, Alabama; Dayton, Ohio; Tacoma, Washington; Phoenix, Arizona; and — for some reason — the New York City borough of Brooklyn.

The researchers spoke candidly with over 400 people who identify as members of the white working class.

Here is what they found:

In 2016, Trump was the ‘hope and change’ candidate for white working-class voters

The participants in the study say they view Trump as “strong” and “hardworking.”

The Trump campaign “personified an insurgent, anti-establishment rage against ‘politics as normal,'” according to the study participants.

“In many ways, Trump was the hope and change candidate in 2016, as Obama had been in 2008, albeit representing different constituencies.”

Some Trump voters say they were “appalled by” some of Trump’s statements during the campaign but “they valued that he was a ‘straight talker'” who appeared “‘direct’ and ‘honest’ in contrast with his opponents during the Republican primaries and the presidential campaign.”

Here’s how an interviewee in Birmingham phrased it:

“He’s honest for the most part…isn’t afraid to say anything and that’s the first time in my lifetime I have seen a politician say, ‘you know what, I don’t care. I’m going to say it.”

White working-class voters strongly favored Trump’s stance against illegal immigration and his promise to abandon the North American Free Trade Agreement. They believe the NAFTA agreement has been the cause of factory closures across the nation.

Large swathes of Trump voters say they feel “disconnected and disrupted by the conflation of economic and cultural change,” according to the study.

“Trump’s message — ‘Make America Great Again’ — connected with white working-class communities who looked back at a golden past and hoped for a better future,” the authors of the study say.

“The refrain ‘I feel like a stranger in my own community’ was repeated in each of the case study cities, lamenting the negative changes associated with increased levels of immigration and diversity as well as economic disruption.”

White working-class participants in the study speak of living “pay check to pay check” as a permanent economic reality. Economic crisis is always close. “The social mobility promised by the American Dream had been suspended and replaced by the lived experience of economic hardship.”

An interviewee in Phoenix frames the economic concerns this way:

“I am working hard enough to have the American dream but I don’t just have it. I am doing this whole living from pay check to pay check.”

White working-class voters also say they see previous eras as times when “crime was low and there was an expansive pipeline from school to work, which enabled the white working class to comfortably support their families. This nostalgia sits in jarring contrast with the current situation.”

Trump was able to tap into the economic and cultural angst of white working-class voters by speaking in terms of their values. “The sense that at long last someone had decided to talk about sensitive issues such as the impact of immigration on communities provided a basis for Trump to access a deep well of grievances and concerns.”

At the same time, the study found that many Trump-supporting members of the white working class hate Hillary Clinton much more than they approve of Trump.

Many study participants describe Clinton as a duplicitous elitist who is “very much outside a core set of working-class values.”

“White working-class perspectives on Hillary Clinton ranged from visceral dislike to lukewarm support,” the researchers found. “Typically, the views expressed about her focused on being untrustworthy and dishonest, as well as accumulating a fortune from not working hard.” 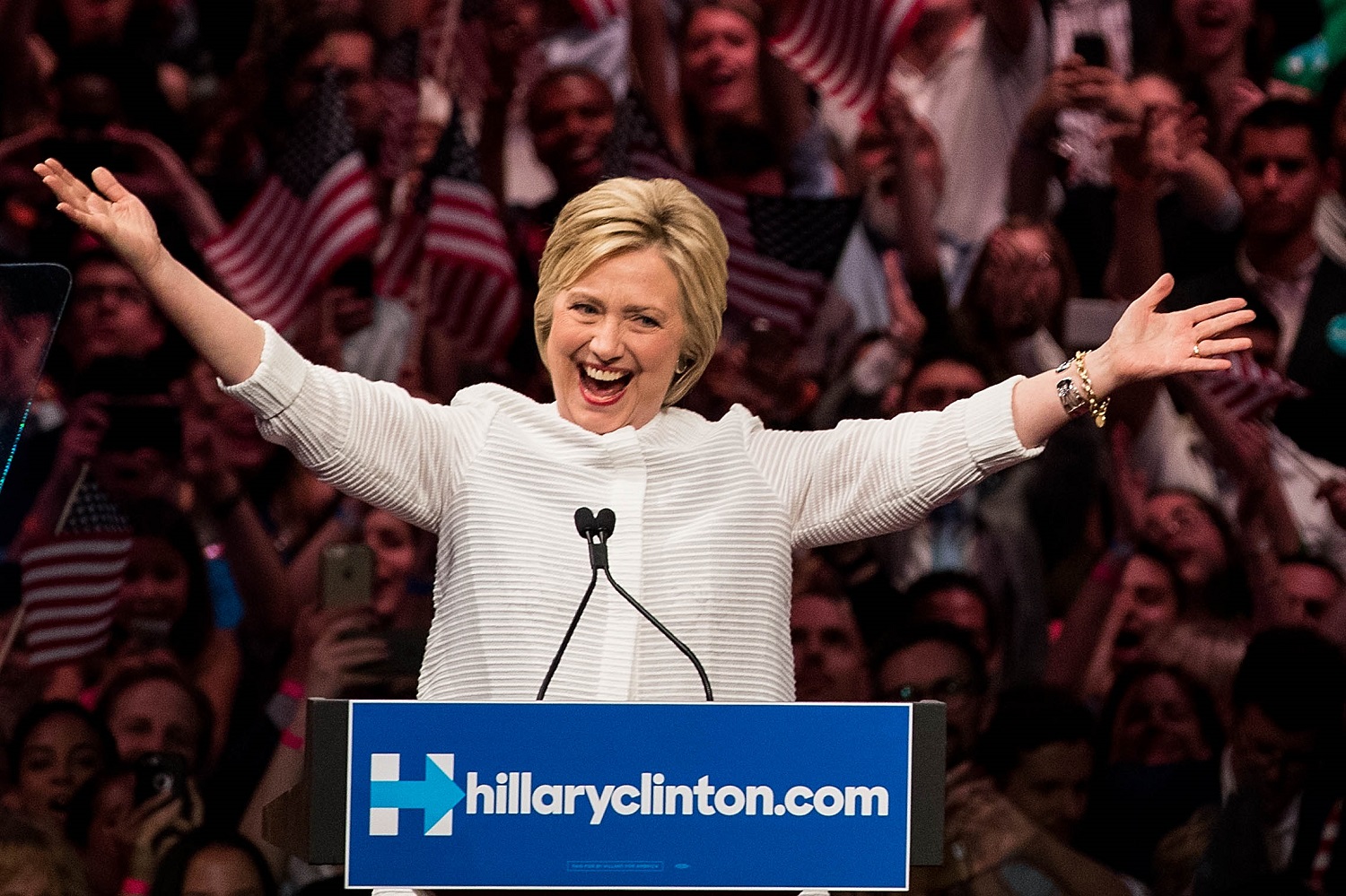 Study participants strongly condemned Clinton’s use of a private email server as “a blatant breach of the law.”

An interviewee from Brooklyn summarized the criticism:

“Anybody else she would have been in jail. I am telling you right now, she’s nothing but a disgrace to this country and if she wins it’s going to be disaster and it’s going to be the same thing all over again. Politics aside, I can’t stand it! I don’t like her…she’s very smug.”

Clinton’s description of some Trump supporters as “deplorable” also proved to be a huge mistake. “‘Deplorable’ became a form of cultural resistance against a sneering and out-of-touch elite.”

The researchers found that white working-class voters have a huge variety of backgrounds, education levels and life experiences. Their incomes vary pretty considerably.

The common denominator among people who see themselves as members of the white working class is a shared set of values. These values include an ethic of hard work, honesty and charity. Also critically important is an ability to provide for your family without depending on welfare.

An interviewee in Phoenix defines some of the tenets of white working-class voters thusly:

“Working class values? Well, you put pride in your work or your profession. You try to do a good job, you try to have good attendance, good work ethics. You know you’re dependable.”

White working-class Trump supporters “feel muzzled” by politically correct dogma. They see political correctness “not as preventing abusive language related to race or gender” but instead as “a government and media campaign that prevents people from speaking in a direct way.”

“We can’t even say what we feel,” says a Tacoma interviewee who voted for Trump because “he’s actually saying this stuff that many people across America are thinking.”

“Some in our study had grown up in staunch Democrat families and had previously supported Democrat candidates,” the researchers explain. “Yet the view is that politicians are more interested in looking after communities of color than white working-class communities.”

The three professors behind the study do manage to accuse working-class Trump voters of secret racism. The researchers chide their study subjects for using “racially coded” language “by referencing crime, welfare dependency, and competition for housing and jobs.”

The researchers appear to perceive themselves as being above any “racially coded” language — even though the words “white,” “black,” “Hispanic,” “Latino,” “Asian,” “Chinese” and “Muslim” appear a grand total of 537 times in the study.

An interesting dynamic in the study is the way in which the researchers desperately want to inject both race and the concept of “white privilege” into the study but the study participants just won’t have it.

“Participants felt they were struggling because they lived paycheck to paycheck, had two or three jobs, and worked hard to put food on the table,” the researchers say. “Their limited economic means and lack of upward mobility did not seem like white privilege.” 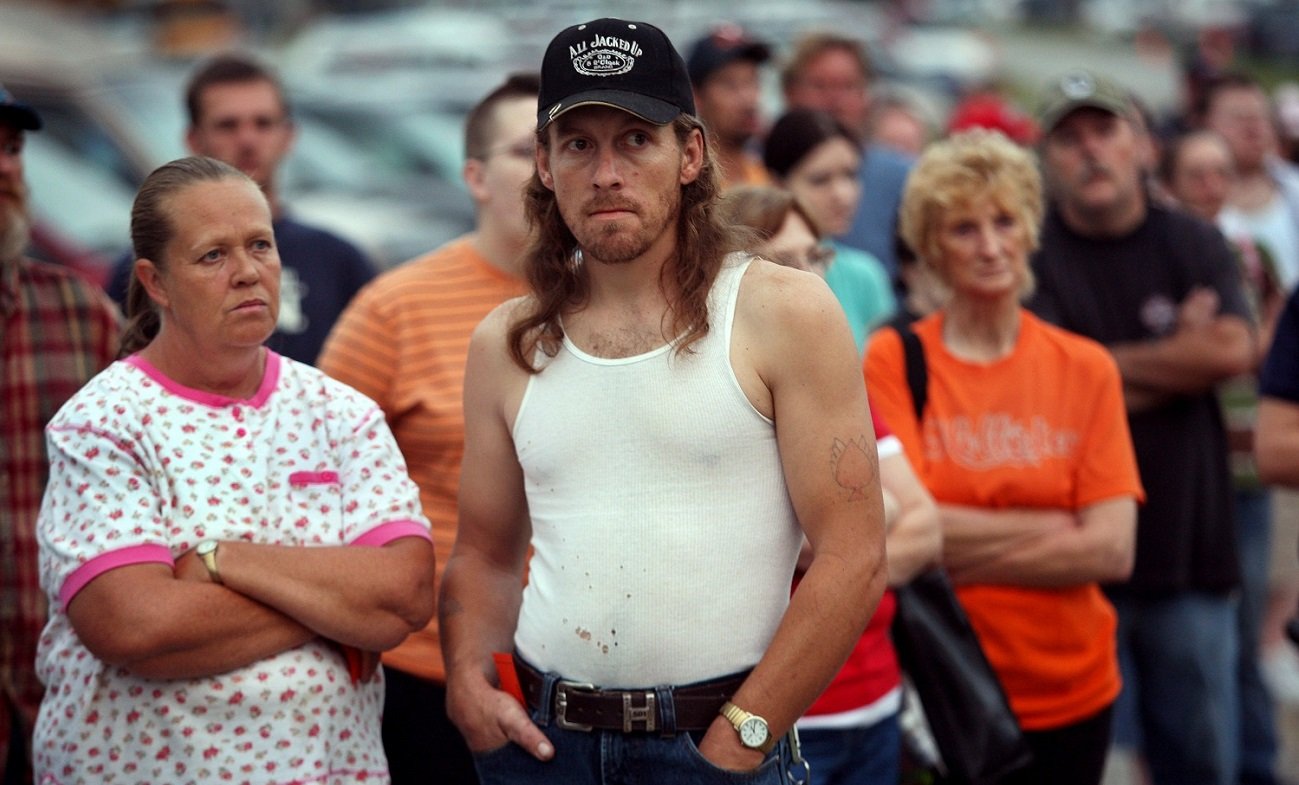 white privilege at a clinic in Appalachia Getty Images/John Moore

The white working-class study participants say they feel like their “whiteness” is “a disadvantage in terms of ‘reverse racism’ in the labor market, the preference for immigrants as the building blocks for economic recovery or the way that politicians discounted the contribution of white working-class groups in electoral politics.” (RELATED: TEST YOUR KNOWLEDGE: Are These Workshops From A Klan Rally Or A White Privilege Conference?)

The several hundred participants in the study largely “focused on the ‘working’ of white working class.” The “white” part is definitively secondary to them. They aren’t racist, they said, and they aren’t interested in agonizing over race in the way that, say, many left-wing activists are.

“Whiteness was mostly unspoken among participants in the study,” the authors admit.

At the same time, the authors absolutely insist on the importance of “whiteness.” They argue that the lack of concern about race among the study participants can only mean that “white was nowhere and everywhere, especially in referring to social change brought about by newly arrived immigrants, or the growth of communities of color.”

“Immigrants and racial minorities were viewed largely as a racial ‘other’ first and were seen as being outside the working class,” the authors contend.

The study authors also frequently rely on a somewhat mysterious group of “key informers” and “key stakeholders” to pass judgment on the racial motives of white working-class people.

The study authors do offer some criticism of the “key informers” and “key stakeholders.”

“Our key stakeholders tended to view the white working class as having white privilege as well as being racist,” the authors say. “It will be challenging for city government and not-for-profits to get beyond this framework, and it may consolidate the view of white working-class residents that they are being left behind.”

White working-class study participants say they are “not opposed to immigration.” They agree that immigration has “been hugely beneficial” to the United States.

However, the desire for law and order supersedes the benefits of immigration. Members of the white working class say they are greatly bothered that the initial act of illegal immigrants on American soil is to break the law, according to the study. They want “documented migration to continue and for people to be processed using legal channels so those who pose a security risk can be rejected.” 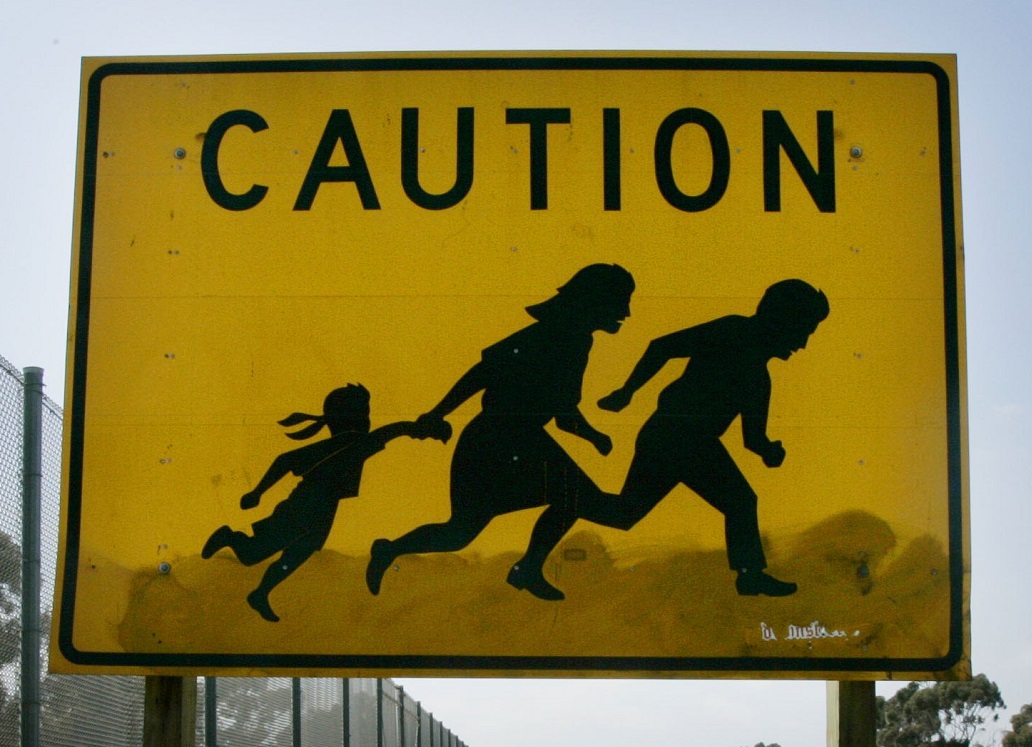 “Resentment increases from white working-class people because, rather than addressing the problem of illegality, government appears to reward migrants by providing support services to ease integration,” the authors conclude.

Here’s an interviewee from Tacoma:

“Getting to know people of different racial backgrounds was easier when racial minorities or foreign-born residents shared the working-class values,” the authors of the study note.

“The working class has been abandoned or exiled by the Democrats”

The three researchers who conducted the study are Stacy Harwood, a professor urban and regional planning at the University of Illinois at Urbana–Champaign; Harris Beider, a visiting professor in Columbia University’s School of International and Public Affairs; and Kusminder Chahal, a researcher at Coventry University in England.

“The working class has been abandoned or exiled by the Democrats,” the study flatly concludes.

“This project begins to identify some pathways and reframe the conversation,” Harwood said, according to a University of Illinois News Bureau press release.

“There’s an assumption that they are a homogenous group, but there’s depth and diversity that’s not given credit,” he said.

The three authors of the study thank the U.S. branch of Soros’s Open Society Foundations “for funding this study.”

“Foundations such as Open Society work tirelessly” to promote social understanding, the researchers say. “In this process, the voices of white working-class people need to be heard by institutions and other communities. This study has demonstrated that they feel politically marginalized, culturally isolated, and economically vulnerable. As a consequence of their material reality, talking about white privilege to working class white people who are working two or three jobs to keep their families fed and a roof over their heads will be a difficult task.” (RELATED: Soros-Backed Activists Plan Violent Phoenix Chaos)