Army Sgt. Bowe Bergdahl’s guilty plea to charges of desertion and misbehavior before the enemy Monday may prove uncomfortable for Democratic Sen. Chris Murphy, who praised Bergdahl as an “American hero” in 2014.

Bergdahl abandoned his post in Afghanistan in 2009 before getting captured by the Taliban, who held him prisoner for five years. (RELATED: Bergdahl Pleads Guilty To Charges Of Desertion, Misbehavior)

The Obama administration secured his release by swapping five Taliban prisoners held at Guantanamo Bay in 2014. Obama announced Bergdahl’s release in a celebratory event with the deserter’s parents at the White House Rose Garden. 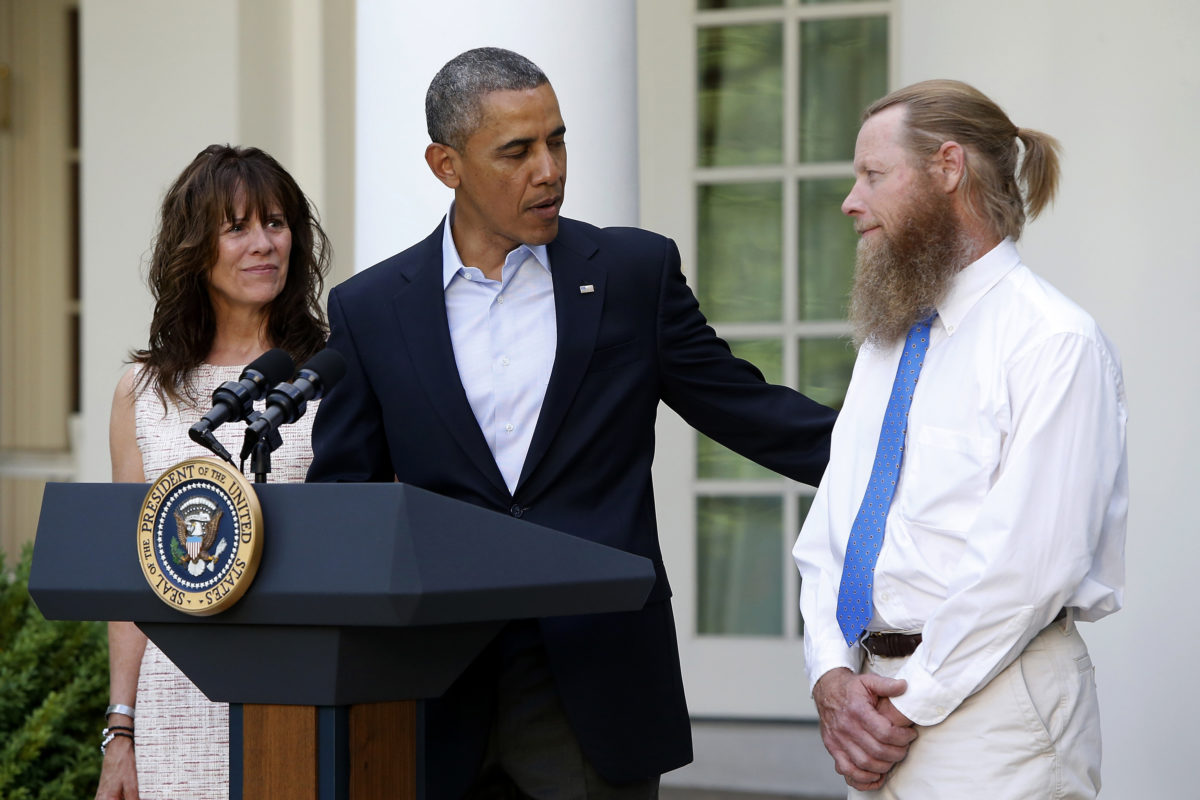 U.S. President Barack Obama (C) stands with Bob Bergdahl (R) and Jami Bergdahl as he delivers a statement about the release of their son, prisoner of war U.S. Army Sergeant Bowe Bergdahl, in the Rose Garden at the White House in Washington May 31, 2014. Bergdahl, the last U.S. prisoner of war from America’s waning Afgan war, was handed over to U.S. Special Operations forces in Afghanistan on Saturday in a dramatic swap for five Taliban detainees who will be handed over from Guantanamo Bay prison to Qatar. REUTERS/Jonathan Ernst

“An American hero is coming home,” the Connecticut senator wrote on Twitter.

The Daily Caller has reached out to Murphy’s office to see if the senator has any regrets about describing Bergdahl as “an American hero.”