Universities are once again promoting the idea that “cultural appropriation” is an actual thing to students need to be aware of—and opposed to. With Halloween just around the corner, the “We’re a Culture Not a Costume” campaign is in full swing.

First started in 2011 by Ohio University students, the campaign has since spread to other schools throughout the U.S. thanks to its proliferation on social media—especially on Tumblr, where users created their own variations of the posters that depicted students of various ethnicities alongside caricatures of their cultures.

“We’re a culture not a costume. This is not who I am, and this is not okay,” read some of the posters. Others carry the slogan, “You wear the costume for one night. I wear the stigma for life.”

According to a Tuesday report from Campus Reform, multiple new universities are joining the nationwide protest against “offensive” costumes. Towson University announced it has joined Ohio University to remind its community to behave. DePauw University also publicized the movement, telling its students that “stereotypes hurt” in a “Tuesday tip” this week.

“As you plan costumes, remember that there is no reason to perpetuate hurtful assumptions about a person or population,” stated the university’s Multicultural Student Services Center on Facebook. 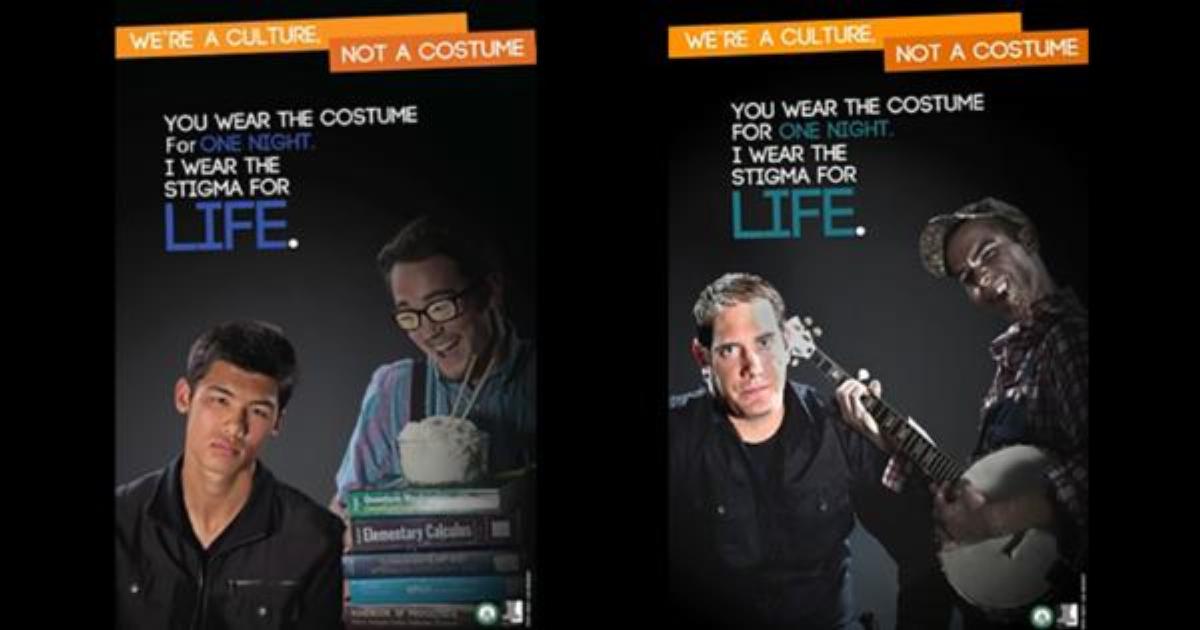 Posters used at Penn State University as part of the “We’re a Culture Not a Costume” campaign in 2016. (Credit: Campus Reform)