The woman who accused Bill Clinton of raping her in a Little Rock hotel room in the 1970s is criticizing Monica Lewinsky by accusing the former White House intern of failing to come to her defense after she came forward in the 1990s with allegations against the past president.

Juanita Broaddrick, 74, called Lewinsky out over a post she made on Twitter over the weekend. Lewinsky used the #MeToo hashtag, which went viral in the wake of the Harvey Weinstein scandal.

Broaddrick responded on Thursday, writing on Twitter: “Better late than never Monica Lewinsky’s ME TOO. I have always felt sad for you, but where were you when we needed you?”

“Your silence was deafening in the 90’s when Kathleen, Paula and I needed your voice,” she continued.

Broaddrick was referring to Kathleen Willey and Paula Jones. Willey claims that Clinton sexually assaulted her in 1993 when she served as a White House volunteer. Jones has accused Clinton of exposing himself to her in a Little Rock hotel in 1991, when he served as Arkansas governor. 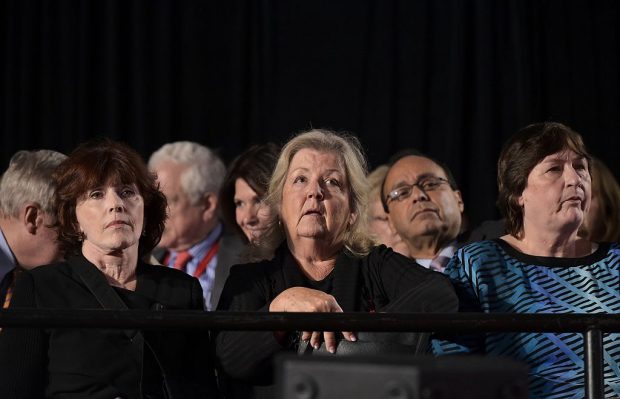 Jones’ lawsuit against Clinton is what led to revelations about the Democrat’s affair with Lewinsky. Broaddrick also came forward during that case, which Clinton settled by paying Jones $800,000.

Broaddrick told her story publicly during an interview with NBC in Feb. 1999. She claimed that when Clinton was serving as Arkansas attorney general, he invited Broaddrick up to his hotel room and forced himself on her.

Broaddrick’s NBC segment aired just after the Senate voted to acquit Clinton on charges of perjury and obstruction of justice. The network’s decision to hold the interview has been compared to its alleged scuttling of an expose of Weinstein’s sexual misdeeds.

NBC freelance journalist Ronan Farrow claims that an in-depth report he compiled citing several woman who accused Weinstein of raping them was shelved by NBC executives. Farrow published the piece in the New Yorker.