The Republican Attorneys General Association is going all in to support for Virginia attorney general Republican candidate John Adams, sending $775,000 to his campaign Thursday, just ahead of his Friday debate.

The association has invested a whopping total of $3.535 million in the race so far.

Adams, a lawyer and former officer in the U.S. Navy, took on incumbent Incumbent Attorney General Mark Herring, a Democrat, in the second and final debate Friday morning in Leesburg, Va., ahead of the election.

The Republican Attorneys General Association (RAGA) made a point of drawing attention to Herring’s decision to use funds from a Medicare fraud settlement to provide “backdoor” pay raises for his staff. 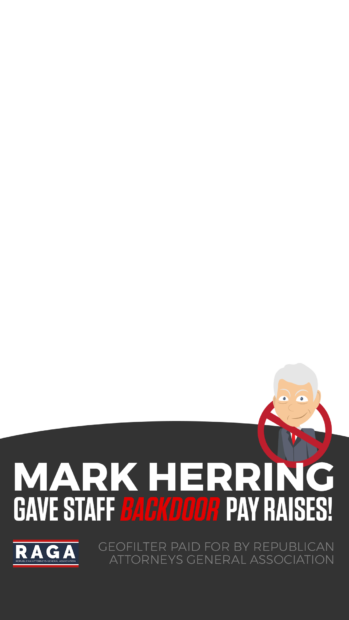 The group used social media to promote the candidate ahead of the event by creating a Snapchat geofilter covering the Leesburg area in addition to the Virginia State Capitol building, the Richmond Times-Dispatch office and the Politico headquarters in northern Virginia running from 7:00 am to 11:00 a.m. eastern time.

RAGA blasted Herring in a full-page color ad in Loudoun Now, over his use of the Medicare Fraud settlement.

“Honestly, voters in the Commonwealth should be deeply troubled by Mark Herring’s backdoor pay raises for staff. This decision was wrong, and he knows it,” RAGA Executive Director Scott Will said in a statement.”Unfortunately, it’s the norm and not the exception for Mark Herring. He is a political activist masquerading as the attorney general.”