The oddsmakers like ESPN pundit Jon Gruden’s chances of being the next football coach at the University of Tennessee.

He’s currently sitting at +800, meaning a wager of $100 would pay out $800. He’s tied for fifth as the most likely to be calling the shots for the Volunteers when Butch Jones gets fired. He initially opened at +2,000.

The rumors of Jon Gruden going to Tennessee have been steadily growing for weeks. I initially wrote there wasn’t a great chance he’d ever coach again. However, I’m starting to take a second look at the entire situation, and my opinion is slowly starting to change. 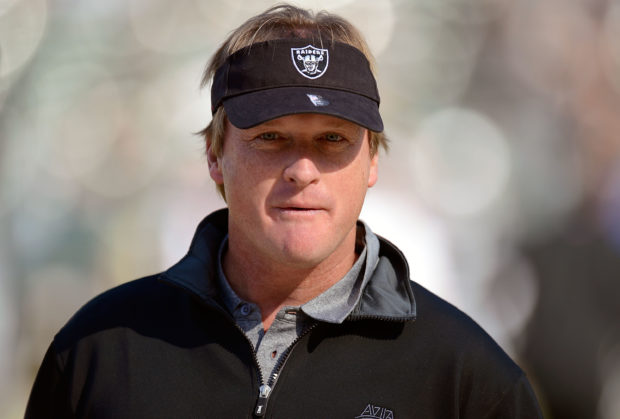 If the Volunteers can cut a big check, give him the staff he wants and stay out of way, I could then see something coming together. Oddsmakers are rarely wrong, and his substantial shift upward is a sign that Gruden to Tennessee is now very real.