Democrat politicians and pundits are quickly losing control of the story surrounding Russian influence efforts within the United States.

The Washington Post reported Tuesday that Clinton campaign lawyer Marc Elias hired Fusion GPS on behalf of Hillary Clinton’s campaign and the Democratic National Committee. New York Times reporter Ken Vogel said Tuesday that Elias had “vigorously” denied being involved with the dossier, which is said to have relied upon Russian sources. Another NYT reporter, Maggie Haberman, similarly indicated that Democrats had repeatedly lied to reporters about their involvement with the dossier.

Prominent Democrats are now scrambling to distance themselves from the revelations. The DNC released a carefully-worded statement meant to distance current party leader from the dossier. The “new leadership” of the DNC, the statement said, was not involved with the dossier. Florida Rep. Debbie Wasserman Schultz, who resigned as DNC chair last year amidst allegations that the DNC favored Clinton over Vermont Sen. Bernie Sanders, has denied that she knew about the DNC’s involvement with the dossier.

The Campaign Legal Center, a non-partisan election watchdog, submitted a complaint to the Federal Election Commission on Wednesday, asking the FEC to investigative the Clinton campaign and DNC’s “misleading” payments to Fusion GPS for the dossier, which they classified as “legal services” instead of opposition research work. (Read full coverage of that story here.) 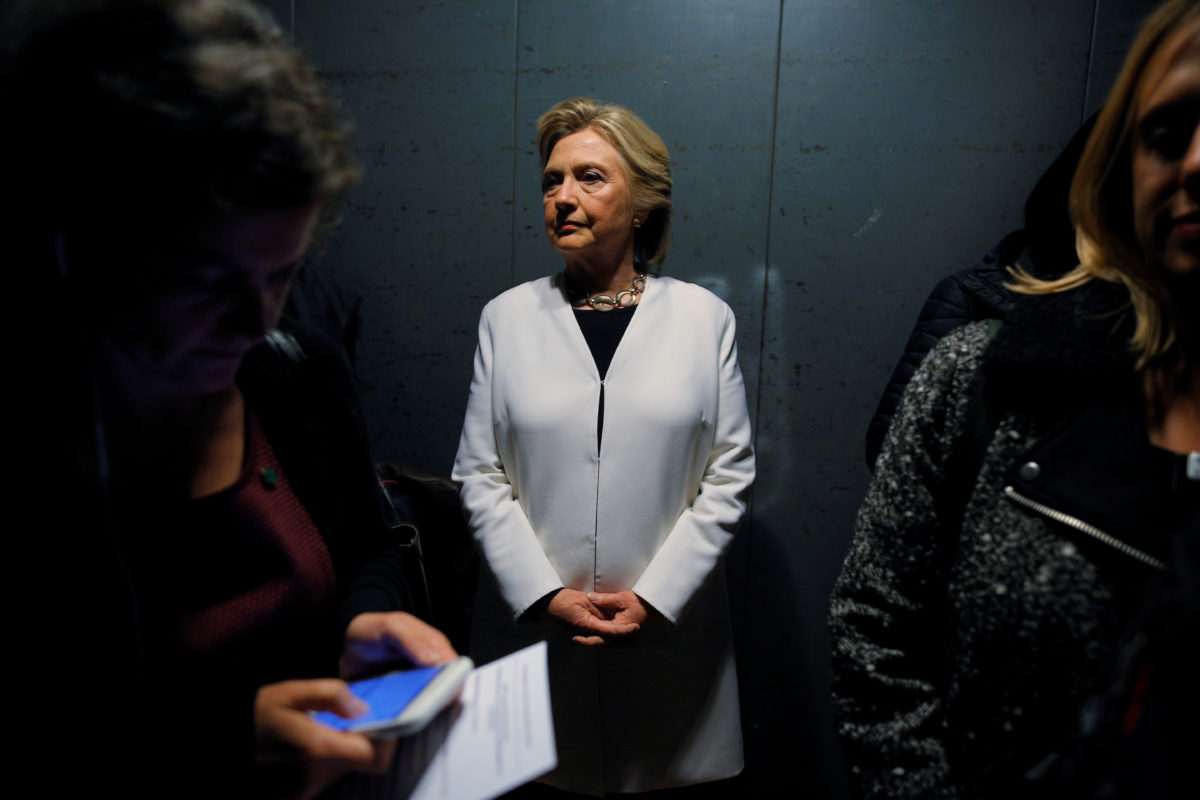 Former Clinton campaign spokesman Brian Fallon, who is now a CNN contributor, said on Wednesday that Hillary Clinton “may” have known about the campaign’s involvement with opposition research firm Fusion GPS, which paid British ex-spy Michael Steele to craft the dossier. Steele reportedly relied on foreign sources, including some in Russia, to craft the dossier.

The dossier is only one part of Democrats’ Russia problem.

On Tuesday morning, two House chairmen announced a probe into new reports about Russian efforts to influence the Uranium One nuclear purchase, which gave Russia control of roughly 20 percent of America’s uranium.

The Republican chairmen of two House committees announced Tuesday that they’re launching a probe into the Uranium One deal and the Obama-era Department of Justice’s investigation of the deal.

When Hillary Clinton served as secretary of state, Russia routed millions of dollars to the Clinton Foundation, and Bill Clinton collected hundreds of thousands of dollars in Russian speaking fees as part of Russian efforts to influence the U.S. government to approve the deal, reports The Hill.

The Obama-era Department of Justice soft-pedaled their original probe into the Uranium One deal, according to that same report. The FBI was also aware of Russian intelligence efforts meant to influence Hillary’s decisions as secretary of state, according to another report.

On Tuesday night, Senate Judiciary Chairman Chuck Grassley called on the Department of Justice to appoint a special counsel to investigate the Uranium One deal. (RELATED: Grassley Calls For Special Counsel In Uranium One Deal)

The Trump campaign still has uncomfortable questions to answer in regard to Russian influence operations during the 2016 election.

New reporting Wednesday morning revealed that the head of Cambridge Analytica, a data-analytics firm used by the Trump campaign, reached out to WikiLeaks to ask about Hillary Clinton’s 33,000 missing emails. WikiLeaks founder Julian Assange reportedly rebuffed the request for collaboration. The president’s son, Donald Trump Jr., has faced scrutiny over a meeting he took with a Russian lawyer, who claimed to have damaging information on Clinton from the Kremlin. The discussions reportedly stopped short of actual collusion and the meeting is said to have been fruitless for the Trump campaign.

To date, the public still has seen no evidence that the Trump campaign colluded with Russia, even though prominent Democrats have used the unproven accusations to attack Trump and call for his impeachment. Democrats may now have to answer uncomfortable questions of their own about Russian influence operations.

The special counsel overseeing the Russia investigation, Robert Mueller, is reportedly probing the Podesta Group, a Democratic lobbying firm co-founded by Clinton campaign chair John Podesta. Tony Podesta, John’s brother, is reported to be in the “crosshairs” of Mueller’s investigation into Russian influence operations in the United States.

Mueller is examining whether Tony Podesta and Paul Manafort, who briefly served as Trump’s campaign manager, were part of Russia’s attempts to exert influence over the Obama administration, one source told Fox News host Tucker Carlson.

Russian influence operations on social media, new reporting shows, promoted divisive political messaging in favor of causes on both sides of the aisle. Left-wing movements like Black Lives Matter and the Standing Rock protests were amplified by Russian operatives as part of a general campaign meant to encourage political division within the United States. (RELATED: America Is Obsessed With Identity Politics — So Russia Exploited It)

This story has been updated to note the FEC complaint filed against the Clinton campaign.

WHAT IS FUSION GPS AND THE TRUMP DOSSIER:

THE LATEST ON CLINTON TIES TO THE TRUMP DOSSIER:

THE PODESTA GROUP AND CLINTON TIES TO RUSSIA: