Disney Channel will introduce a gay storyline between two young boys this Friday when the premiere for the second-season for the popular series “Andi Mack” airs.

The children’s series will show one of its young male characters realizing he might have developed romantic feelings for another young male classmate, according to the Hollywood Reporter on Wednesday. (RELATED: Disney Is Getting Rid Of The ‘Pirates’ Ride’s ‘Bride Auction’) 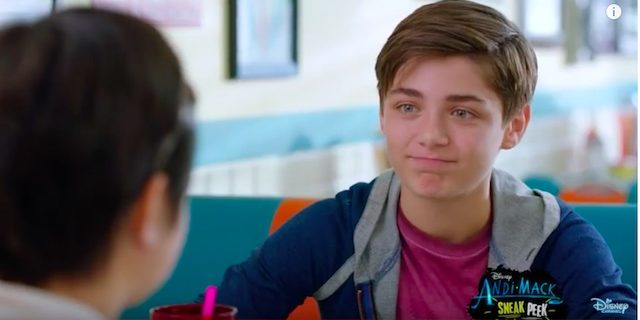 When the season premieres this Friday at 8 p.m. viewers will see Mack trying to sort out her feelings for her friend Jonah, played by Asher Angel. At the same time, her best friend 13-year-old Cyrus realizes he too has feelings for Jonah and shares his thoughts with Buffy.

According to the report, Buffy’s reaction and the scene are to “serve as a positive role model for both kids and adults.” What follows will be a series of revelations over the next few episodes with Cyrus ultimately this season realizing he is gay and coming to accept that fact.

“‘Andi Mack’ is a story about tweens figuring out who they are; Terri Minsky, the cast and everyone involved in the show takes great care in ensuring that it’s appropriate for all audiences and sends a powerful message about inclusion and respect for humanity,” a spokesperson for Disney Channel said of the upcoming season.

The average viewer’s age for the series is 10 years old.