The ratings for the Game 1 of the MLB World Series Tuesday night dropped over the opening night of the 2016 series by 19 percent, according to Deadline.

The 3-1 victory of the Los Angeles Dodgers over the Houston Astros scored a 10.2/17 in metered market results with 14.97 million viewers and a 3.9 rating among adults ages 18-49. (RELATED: The World Series Ratings Just Topped The NFL For The Second Time Ever) 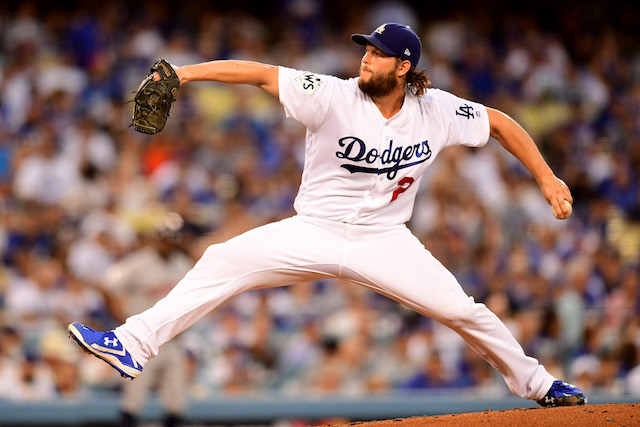 : Clayton Kershaw #22 of the Los Angeles Dodgers throws a pitch during the fourth inning against the Houston Astros in game one of the 2017 World Series at Dodger Stadium on October 24, 2017 in Los Angeles, California. (Photo by Harry How/Getty Images)

In comparison, the historic return of the Chicago Cubs to the World Series in Game 1 against the Cleveland Indians last year brought in 19.4 million viewers with a rating of 5.6 among adults 18-49.

Last night’s game fell by three percent from the opener in 2015 when the Kansas City Royals beat the New York Mets in the opener for the series. That game ended up scoring 14.9 million viewers and a 4.6 rating in the key demographic.

In addition, Tuesday night’s game was way up by 24 percent over the poor showing of the 2014 Game 1 in the World Series between the Kansas City Royals and the San Fransisco Giants.