Odell Beckham Sr., the father of the New York Giants star receiver by the same name, was reportedly arrested in Texas on Wednesday.

The elder Odell played football at LSU, just like his son. In fact, he was the starting running back when Odell Jr. was born in 1992.

Odell Beckham Jr. was a standout receiver for the Tigers before being drafted by the New York Giants in the first round of the NFL draft in 2014. He recently suffered a season-ending ankle injury during the Giants loss against the San Diego Chargers. 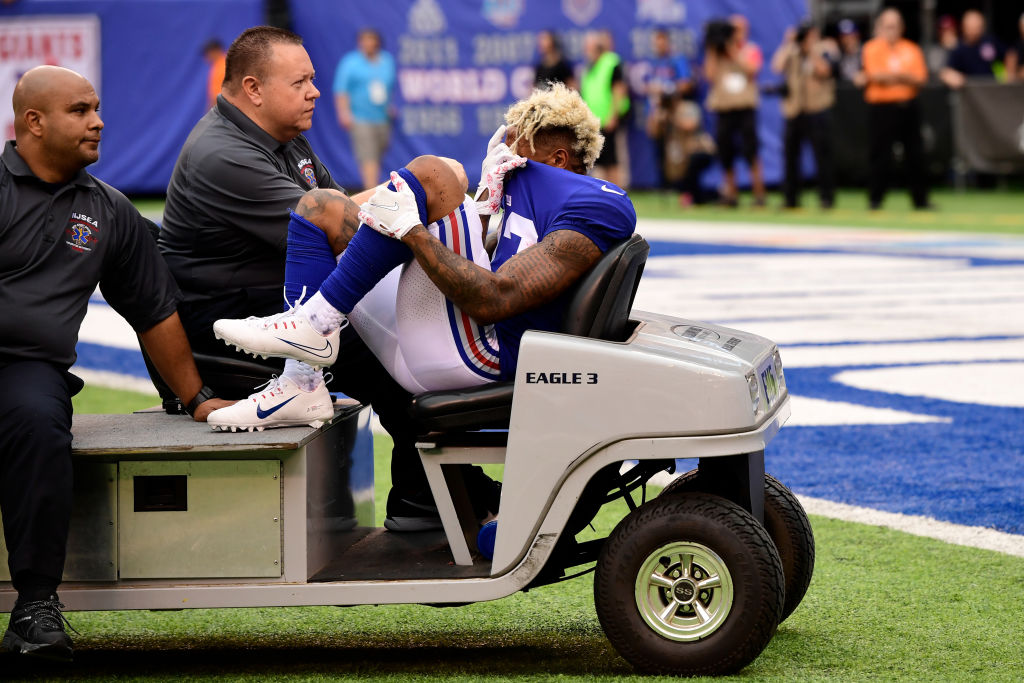 The young receiver is one of the best at his position. Hopefully he will make a speedy recover and get back to the field.

As for his Beckham Sr., he’s got other problems to worry about.