Whether it was because of the total blowout by the Baltimore Ravens over the Miami Dolphins 40-0 or the ongoing controversy over national anthem protests, the game scored a 8.4/14 in metered market results.(RELATED: NFL Popularity Plummets In New Poll, Especially Among Republicans) 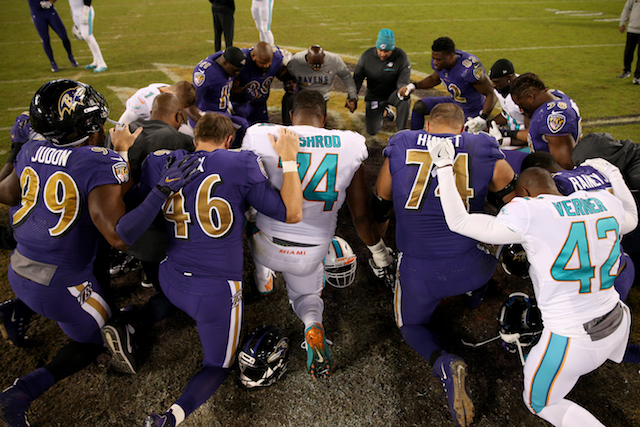 Before the game, all the players from the Dolphins and Ravens stood for the national anthem, except for a few who stayed back in the locker room to protest.

Last Thursday night’s nail-bitter between the Oakland Raiders and Kansas City Chiefs ended up with 14.38 million viewers and a 4.5/17 rating.

According to Sports Illustrated, 25 of the 31 teams are drawing lower local numbers in their market than they did in 2016. Nineteen have dropped five percent or more, with only three teams slightly improving by three percent.