Twitter put President Trump whisperer Roger Stone in the doghouse this weekend for using a variety of expletives to insult a bunch of journalists, including CNN anchors Don Lemon and Jake Tapper. A number of publications such as Slate and The Hollywood Reporter and some individual reporters have declared that the medium had banned him forever. Some even gloated about it.

Stone, however, was told his punishment would last three hours and 12 minutes.

That time frame has come and gone. Stone has not be reinstated.

“I was informed that I was suspended for three hours and 22 minutes,” Stone informed The Mirror Saturday evening. That suspension ended some time ago, yet my Twitter feed is still not functional. Several media outlets are reporting that I have been permanently banned but Twitter has not informed me that that is the case – hell of way to do business.”

Hell of a way, indeed.

Mediaite sided with Twitter and reported that Lemon has received death threats.

“Given the reported death threat that CNN security reported towards Lemon, this unhinged ranting goes beyond the politically embarrassing to down right dangerous,” wrote reporter Josh Feldman.

Part of the reason Stone was banned was because he told his followers that Lemon and Tapper in particular needed to be publicly shamed and “punished.”

As of 11:10 p.m. Saturday, this is how Stone’s account appears to his followers: 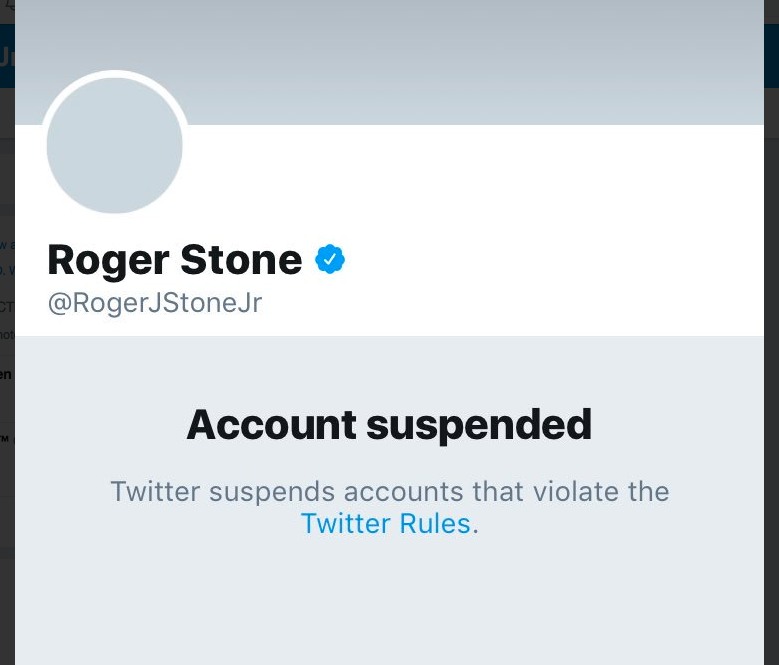