This Halloween, as millions of people dress up as spirits and ghosts, neo-pagans will try to commune with actual spirits through the rituals of Samhain.

The holiday Americans know as Halloween actually began as two divergent religious festivals, one Christian, called All Hallows Eve, and one Pagan, known as Samhain. While the Catholic church eliminated the liturgical season called Allhallowtide, during which the church celebrated All Hallows Eve, practitioners of Celtic variations of neo-paganism have kept the celebrations of Samhain very much alive. Here is the religious heritage of Halloween — both what has passed away and what has remained undead. 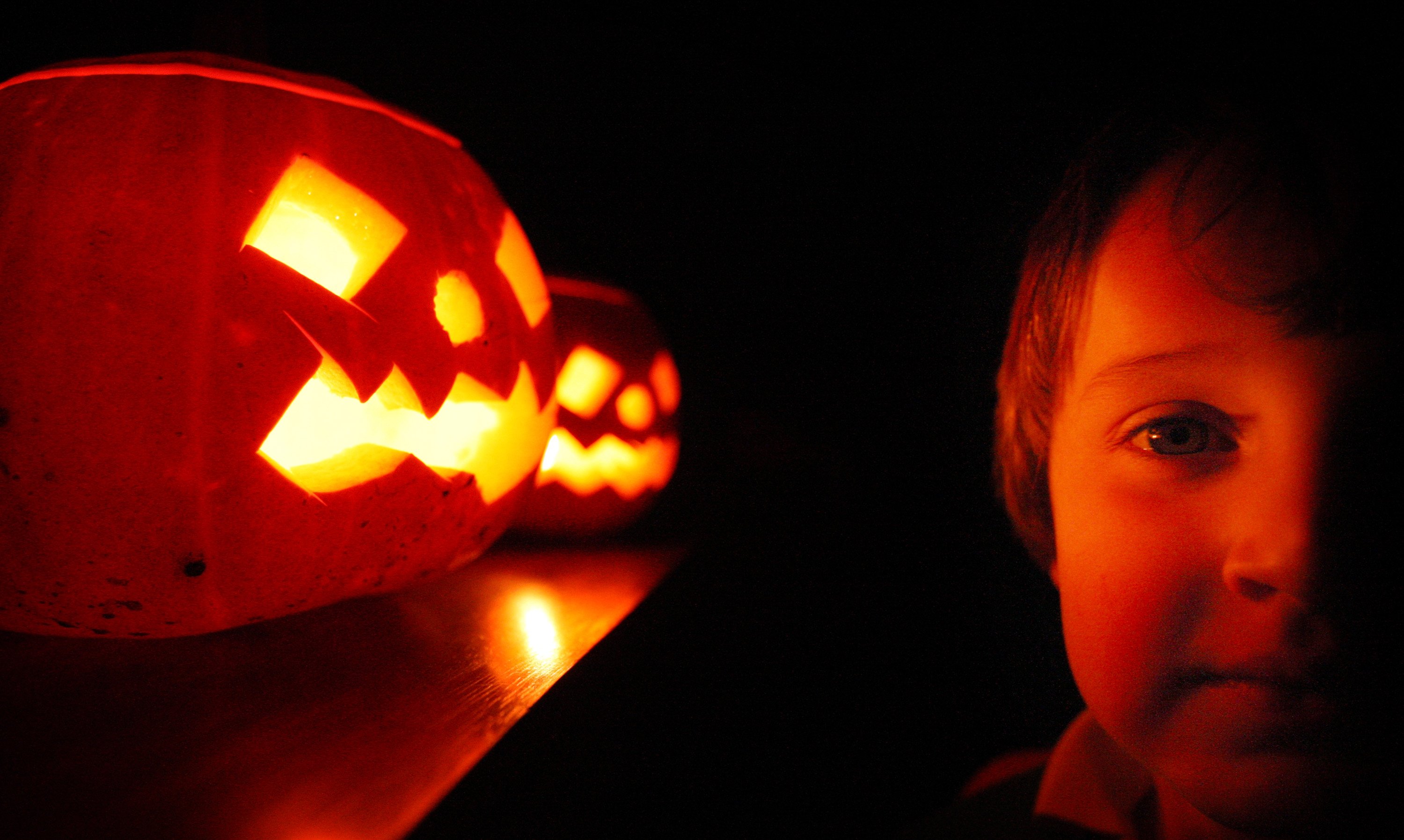 The Triduum Of Death

All Hallows Eve was originally a vigil that the early Christian church held before a feast honoring all saints and martyrs called Hallowmass or All Hallows, according to Church Pop. The name Halloween is a contraction of ‘All Hallows Eve,’ and the vigil itself involved prayer, fasting, and a mass in preparation for the following day’s feast. St. Odilo of Cluny expanded the liturgical celebration with the church-wide popularization of All Souls Day, held on Nov. 2, during which members of the church would pray for the souls of all the dead.

The three celebrations – All Hallows Eve, Hallowmass, and All Souls Day, created what the church referred to as The Triduum of Death – a three day liturgical season focused on the communion of saints and the meaning Christ gives to human mortality. Pope Sixtus IV expanded the Triduum to an eight day liturgical season called an Octave in the mid 15th century. The season lasted well into the 20th century and was celebrated in different ways by both Catholics and Protestants. 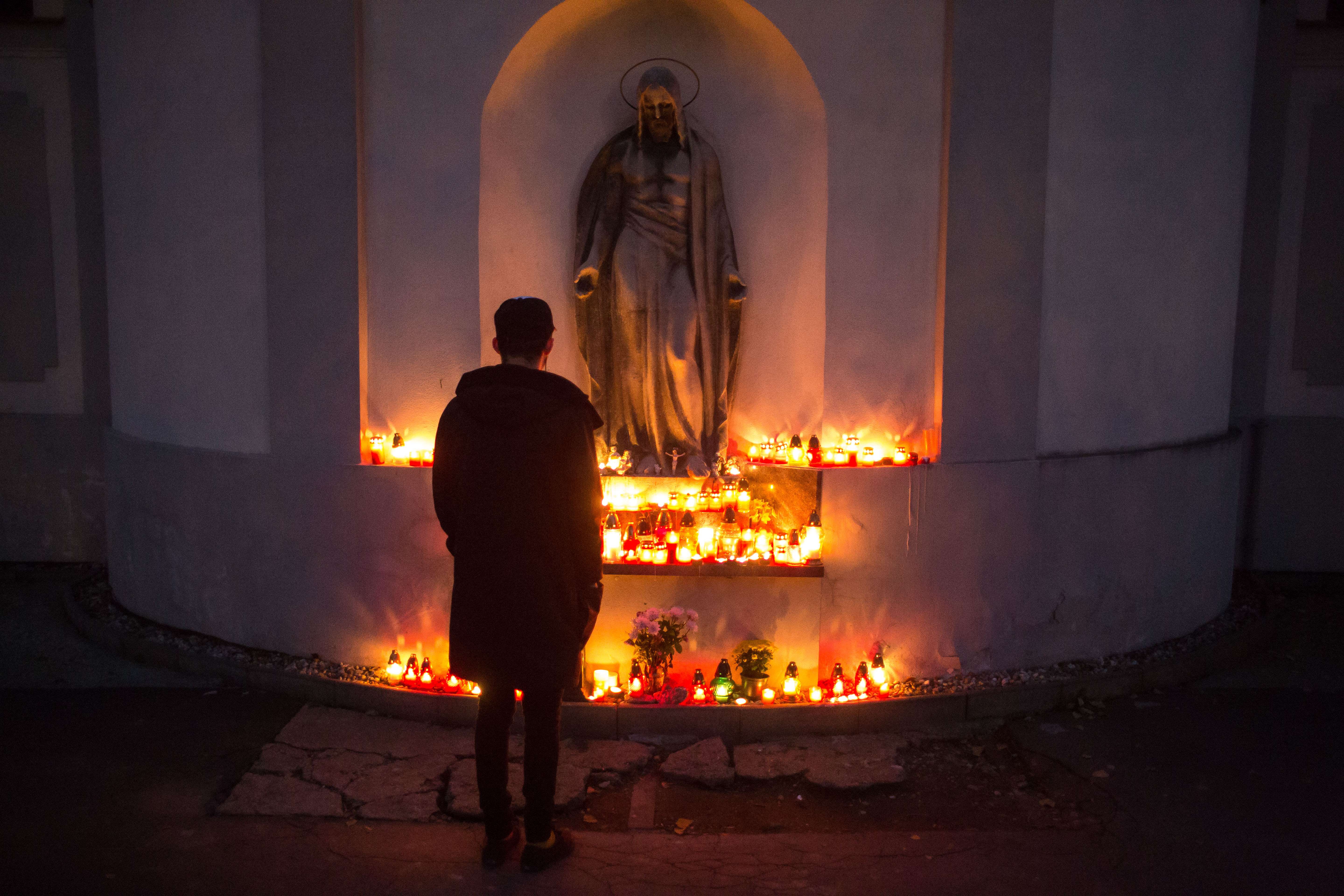 A man looks at candles placed at the Slavicie udolie cemetery in Bratislava on All Saints’ Day, November 1, 2015. (VLADIMIR SIMICEK/AFP/Getty Images)

The orginal form of the Celtic celebration of Samhain, pronounced Sow-in and held Oct. 31, predates The Triduum of Death. The ancient Celts celebrated Samhain roughly 2,000 years ago in the areas now known as the U.K., Ireland, and parts of France. Practitioners of the festival celebrated the end of the harvest and the coming of winter, viewed as a spiritual “in-between time” of life and death, during which the Celts believed that the veil separating the seen world and the spiritual world was thinnest, according to History.

Ancient Celtic religion held that the spirits of the dead would return to haunt the physical world and damage crops and cause other misfortunes on the night of Samhain. The return of these spirits held a positive possibility for Celts as well, since the Celtic priests known as Druids maintained that the spirits’ presence made it easier for them to see into the future on behalf of others. The ancient Celts built sacred bonfires on which they would sacrifice animals and crop offerings to appease the spirits and deities. People sought their fortunes from Druids, and wore costumes made from the skins of animals, hoping to confuse spirits and protect themselves from supernatural harm. 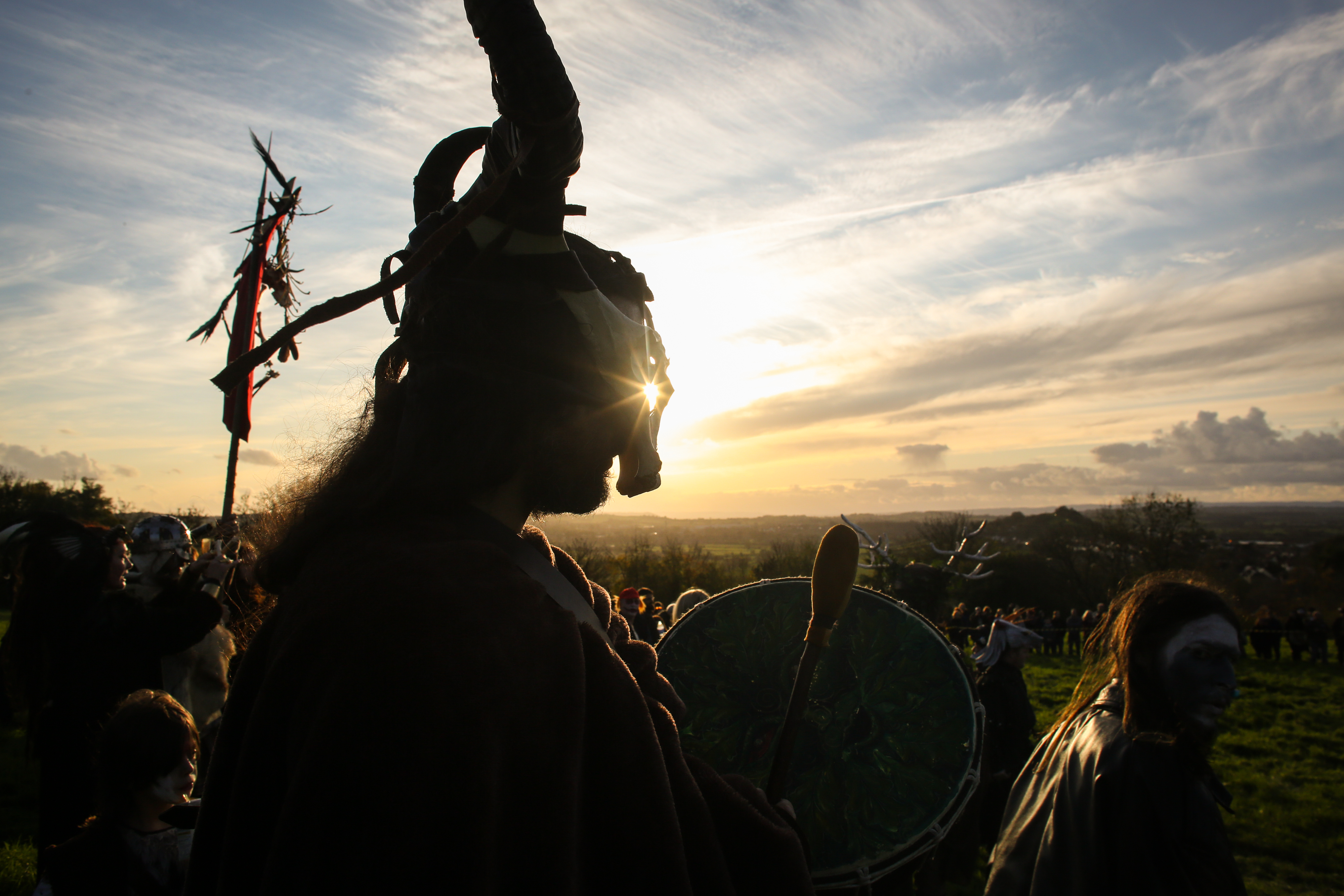 GLASTONBURY, ENGLAND – NOVEMBER 04: People take part in a sunset ceremony on the lower slopes of Glastonbury Tor as they celebrate Samhain at the Glastonbury Dragons Samhain Wild Hunt 2017 in Glastonbury on November 4, 2017 in Somerset, England. To celebrate Samhain, the Glastonbury Dragons, alongside Gwythyr Ap Greidal, the Summer King and the Winter King, Gwyn Ap Nudd, were paraded through the town to the lower slopes of Glastonbury Tor where the event was marked with ritual theatre, dancing and a fire to honour the dead. The Celtic festival of Samhain, which was later adopted by Christians and became Halloween, is a very important date in the Pagan calendar as it marks the division of the year between the lighter half (summer) and the darker half (winter). Pagans believe at Samhain, the division between this world and the otherworld was at its thinnest, allowing spirits to pass through. Many of the traditions of this ancient Celtic feast of the dead were later incorporated into the Christian calendar and Irish immigrants to America in the 19th century carried their customs, such as the wearing of costumes and masks to ward of harmful spirits and the harvest tradition of carving pumpkins, which have now blended into modern day Hallowee. (Photo by Matt Cardy/Getty Images)

The Celtic tradition of Samhain fused with two Roman celebrations by 43 A.D. – Ferralia, which marked the passing of the dead into the afterlife, and the festival honoring Pomona, the goddess of trees and fruits. The apple was Pomona’s symbol and she was celebrated with apple bobbing.

Wiccans now carry on the celebration of Samhain, some of whom call it The Witch’s New Year. The spiritual significance of Samhain remains largely the same for modern Wiccans as it was for ancient Pagans, though with less of an emphasis on the protection of food stores to survive the winter. Current accepted rituals also look slightly different than the ancient observations as they most often do not include animal sacrifice.

Modern Wiccans still hold bonfires, practice divination or fortune telling via communion with undead spirits and deities, give offerings of bread and fruit to spirits, and make an altar to their ancestors during Samhain. Some Wiccans also perform a ritual on Samhain to help the spirits of the dead pass on from the Earth into the afterlife. In the ceremony, they open a westward facing window in their home and place a lit candle beside it. 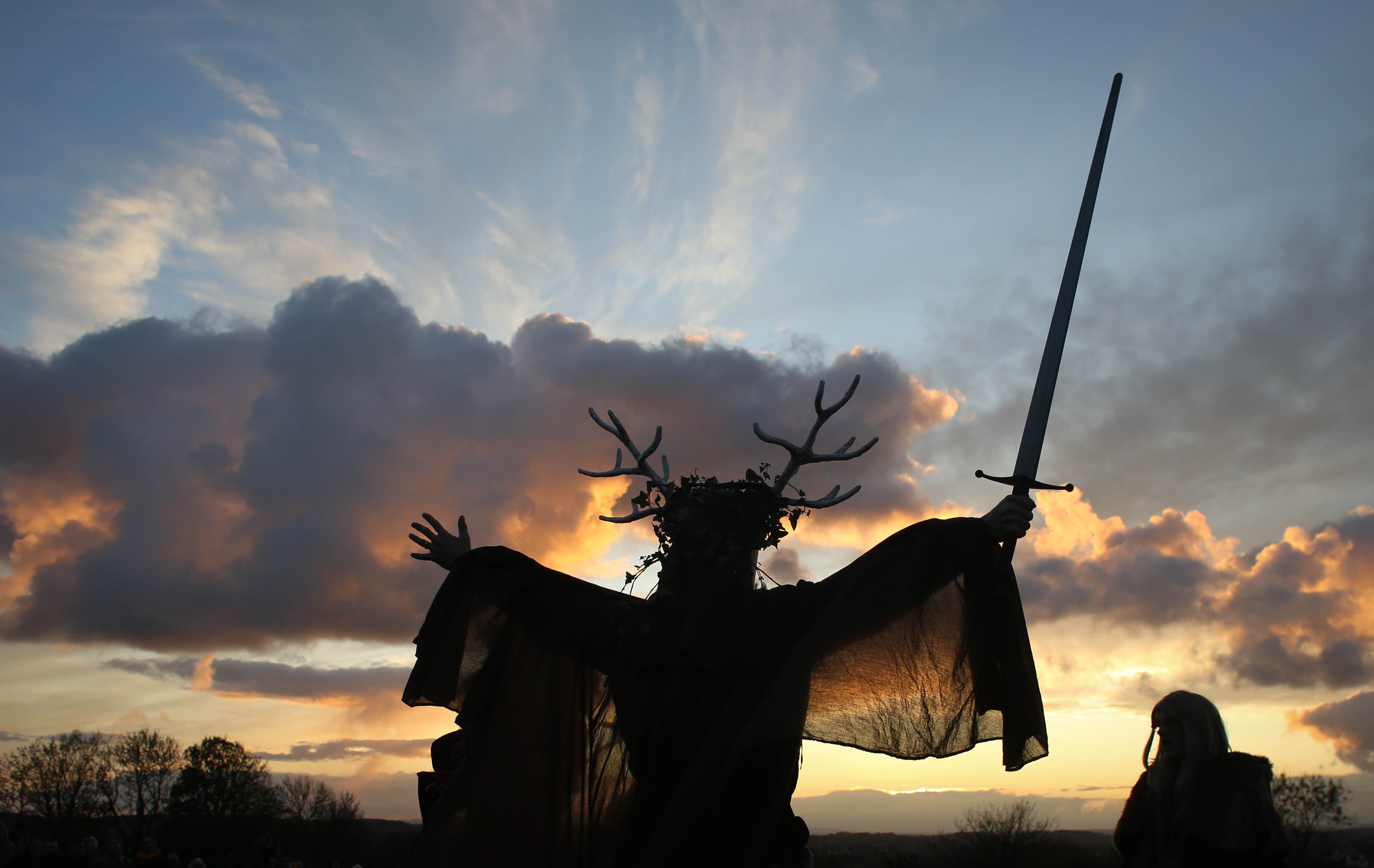 GLASTONBURY, ENGLAND – NOVEMBER 04: A man representing the Winter King holds a sword as he takes part in a sunset ceremony as they celebrate Samhain at the Glastonbury Dragons Samhain Wild Hunt 2017 in Glastonbury on November 4, 2017 in Somerset, England. (Photo by Matt Cardy/Getty Images)

The particulars of Wiccan celebrations of Samhain, beyond the basics of bonfires and the concept of sacrifices, are highly variable. Modern Wiccans leave certain details of rituals, such as the content of sacrifices and their meaning, up to personal interpretation. Modern Wicca also borrows some practices from other animistic religions associated with Native Americans, such as “smudging” or burning sage to cleanse one’s self and one’s home from evil spirits and negative influences. It also contains New Age spirituality practices like the use of crystals as agents of spiritual focus, according to a Samhain ritual from the spiritualist site Forever Conscious.

Regardless of the particulars of the rituals of Samhain, all Wiccans use them as a contemplation of what they believe to be the continual cycle of birth and rebirth, the passing of the dead into the afterlife, the thinning of the veil between spirit and physical, and the letting go of both people and things lost to them over the past year.