Film directer and producer Cameron Bossert has started a petition to bar Casey Affleck from the upcoming Academy Awards over the sexual harassment accusations he has faced in the past.

Last year Affleck faced multiple accusations of sexual harassment, but went on to attend the prestigious awards show and even won the Oscar for best actor for his role in “Manchester By The Sea.” Although the actor won’t be up for any awards this year, Bossert is hoping his petition will lead to Affleck being banned from the ceremony. 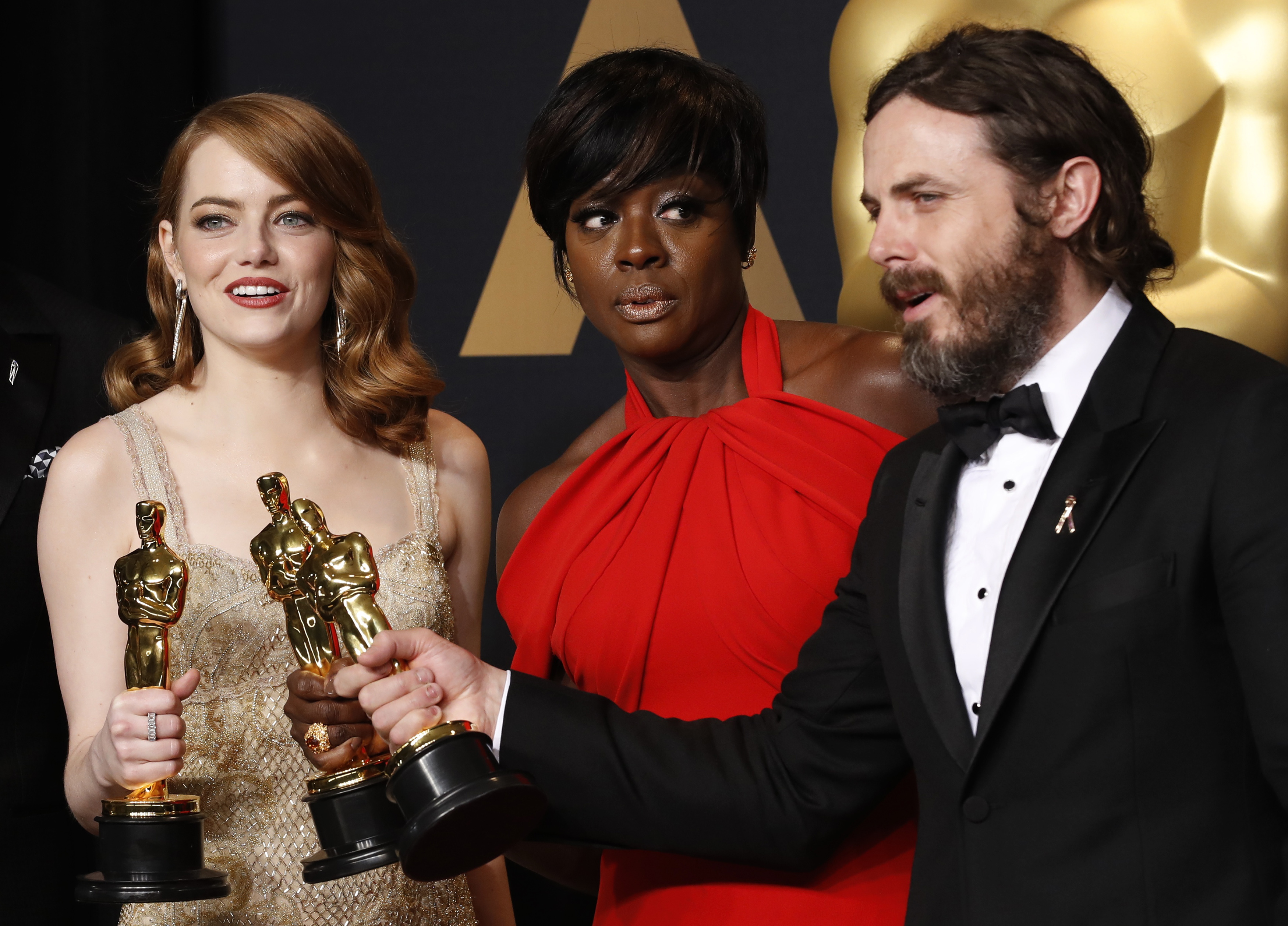 On the change.org site set up for the petition, Bossert notes that his effort to ban Affleck comes “in light of the revelations that Harvey Weinstein has been sexually harassing and assaulting women for decades.” While the Academy stripped Weinstein of his membership, it has taken no action when it comes to Affleck.

“Last year despite multiple sexual harassment claims against him, Casey Affleck won the Best Actor award for this role in Manchester by the Sea,” Bossert’s petition states. “He had been accused of sexual harassment by two women who worked with him on a 2010 documentary. The women alleged that Affleck sent them threatening texts, demanded that they share a hotel room with him, and locked one of them out of her room so that he and Joaquin Phoenix could use it to have sex with two other women. One time, one of the women woke up to find Affleck in her bed with her.”

“But Affleck won the Oscar anyways, and according to tradition will present the Best Actress award this year. With so many credible accusations against him, the Academy should take action against Affleck and ban him from participating in the ceremony,” the petition reads.

Finally, the little-known director and producer makes the case that people in the movie industry need to take action against people like Affleck to ensure a safe working environment for women for the sake of film.

“As a burgeoning film maker, I want to know that the industry I am entering respects and protects everyone, no matter their gender. Movies are better when made by a diverse crew – and that won’t happen if women keep getting harassed in at work. Let’s stop honoring people like Weinstein and Affleck and hold them accountable for their actions.”