The New York Times and other media outlets buried the phrase “Allahu akbar” in reports on the man who carried out what authorities are treating as a deadly terror attack in New York City on Tuesday.

Translation: the man was heard yelling “Allahu akbar,” a phrase that is obviously a strong indicator he is an Islamic extremist, regardless of its English translation.

The Washington Post (whose new motto is “Democracy Dies in Darkness”) made no mention of the phrase whatsoever on the homepage of its website or in the report, and simply described the attacker who shouted the Islamic phrase as “a man.”

CNN also chose not to mention the Islamic phrase on its homepage.

Here’s what the homepage of the three outlets looked like Tuesday evening. 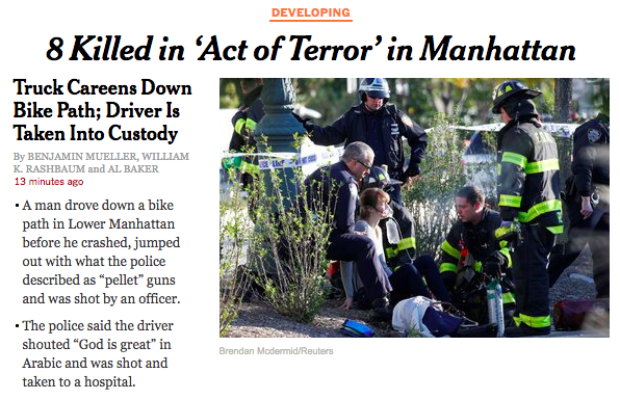 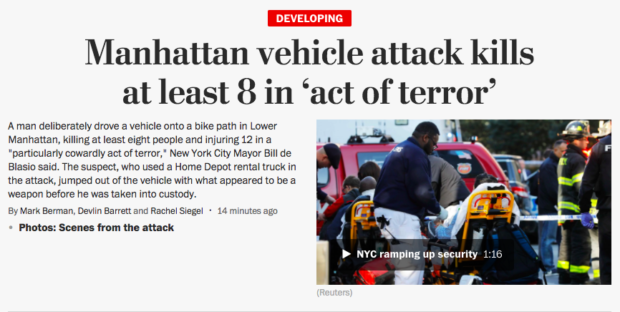 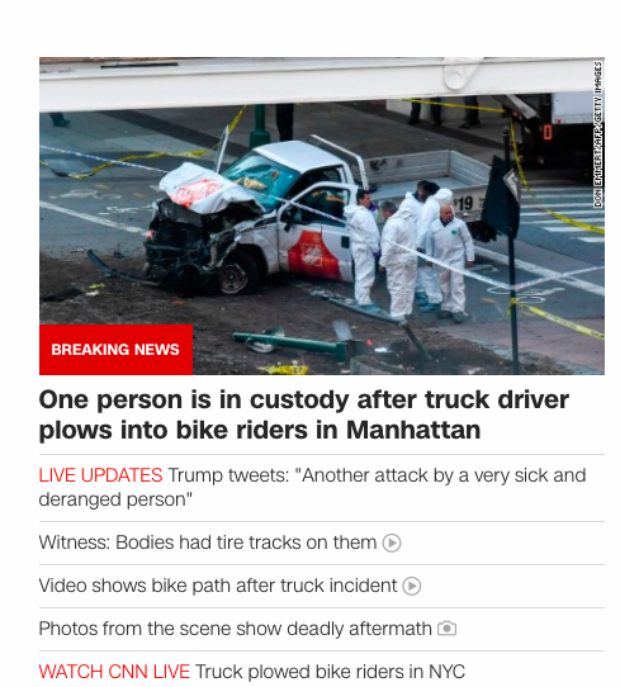 The man killed at least eight people and injured 15 others when he plowed into a group of people in a pickup truck.