As more information comes out on Russian influence operations in the United States, evidence is building that the dominant anti-Trump movement, the self-described “resistance,” has been used by Russia to stoke division and undermine the White House.

“During the election, they were trying to create discord between Americans, most of it directed against Clinton. After the election you saw Russian-tied groups and organizations trying to undermine President Trump’s legitimacy. Is that what you saw on Facebook?” South Carolina Sen. Lindsey Graham asked Edgett and Stretch, Politico reported. Both Edgett and Stretch characterized Graham’s remark as “accurate.”

The weekend after Trump’s election, thousands of people attended a left-wing anti-Trump protest in New York City that was secretly organized by Russian operatives, ads released by the House Intelligence Committee revealed.

More than 16,000 people RSVP’d on Facebook for the protest, which was titled: “Trump is NOT my President. March against Trump.” 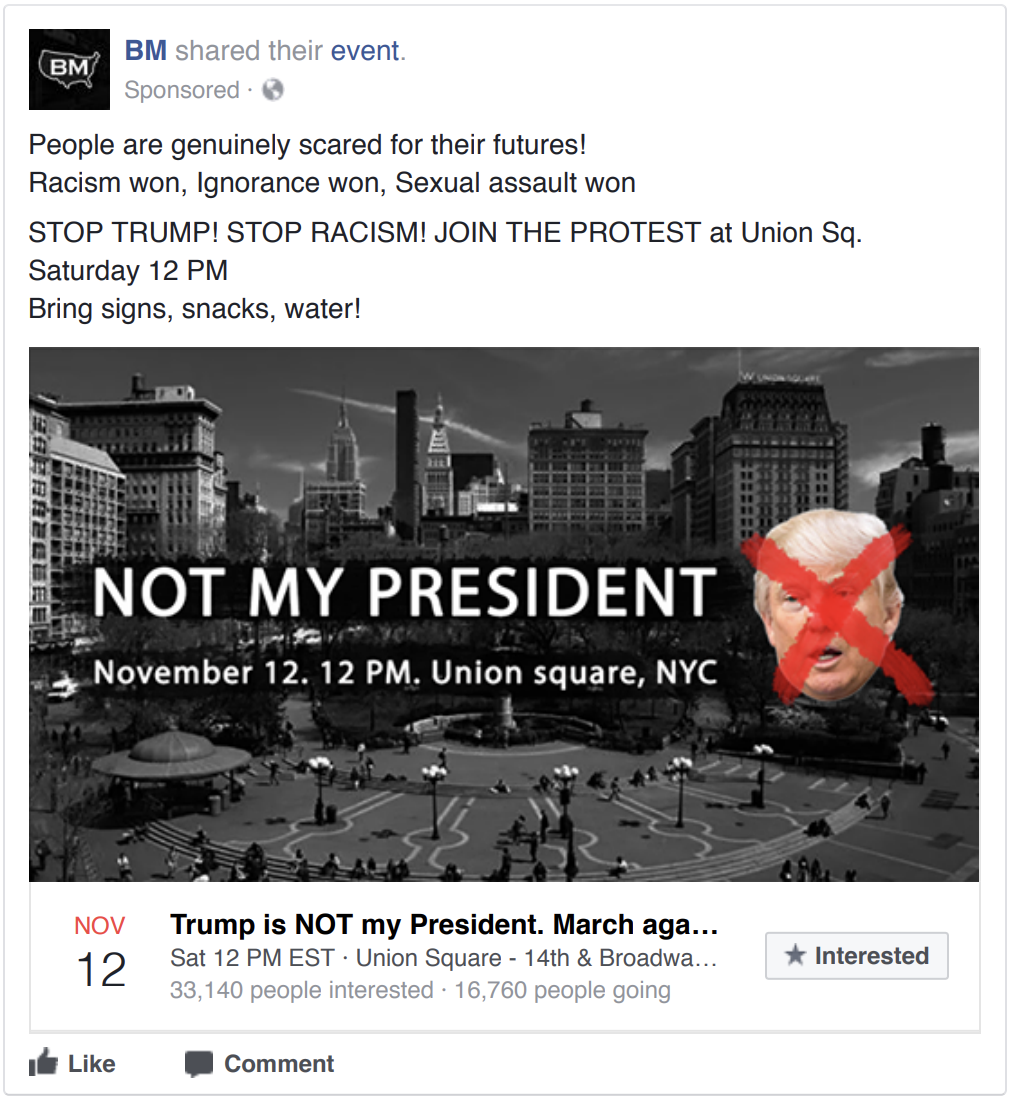 “Join us in the streets! Stop Trump and his bigoted agenda!” a Facebook event for the protest read.

The Guardian reported that 10,000 people showed up at the anti-Trump protest.

Left-wing filmmaker Michael Moore was among those duped into joining the Russian protest.

I’m in the middle of thousands -tens of thousands?- of American voters outside Trump Tower demanding he step aside. He got the least votes.

While promoting the anti-Trump protests in Charlotte, the Russian operatives falsely claimed that the fact that Hillary Clinton received more total votes than Trump — which is meaningless in the Electoral College system established by the Constitution — made Trump an illegitimate president.

Prominent Democrats have echoed the same message being pushed by the Russia propaganda efforts: that Trump is an illegitimate president. (RELATED: In Their Own Words: Anti-Trump ‘Resistance’ Leaders Say They Want To Make America ‘Ungovernable’)

California Rep. Maxine Waters, for example, began calling for Trump’s impeachment before he ever took office and has continuously pushed for impeachment ever since. 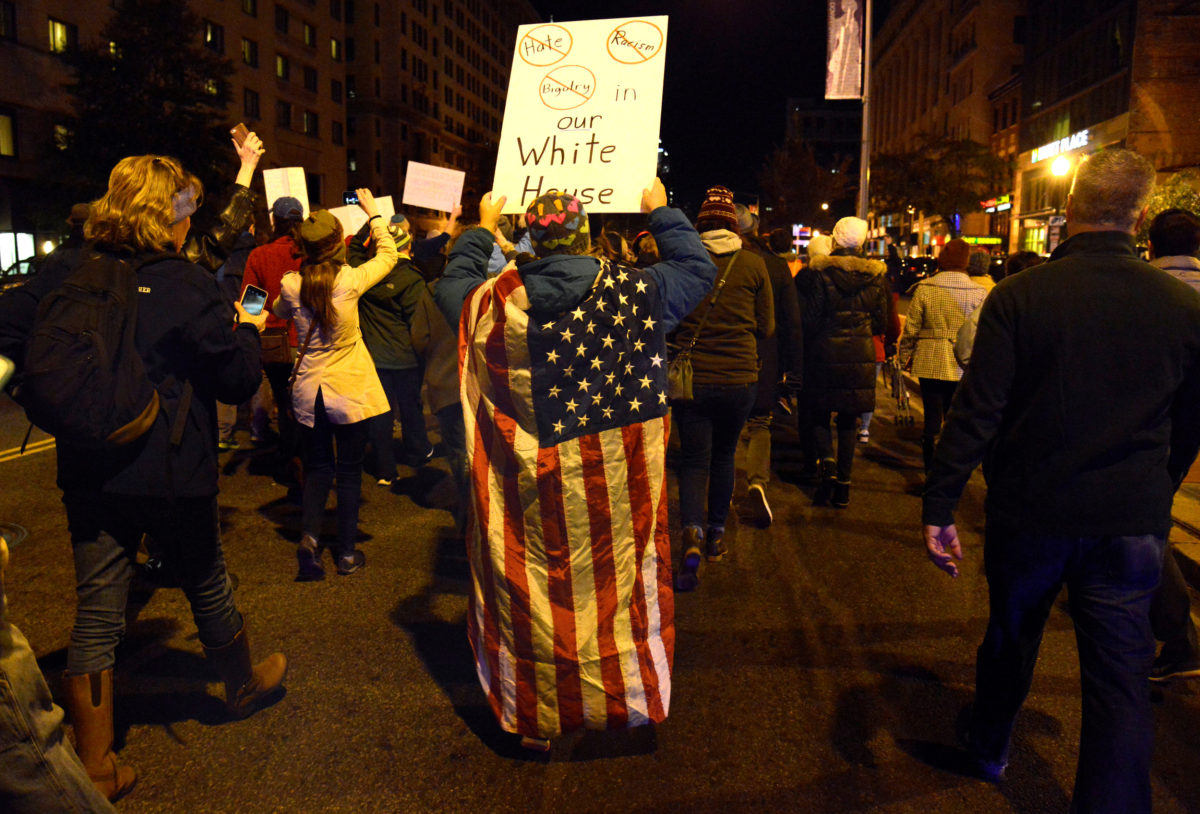 Another page, Blacktivist, had a bigger Facebook reach than the official Black Lives Matter Facebook account by the time it was shut down. Blacktivist accounts frequently stoked racial outrage about police shootings and mass incarceration of black men, CNN reported.