The ratings for the game 7 of the MLB World Series was up 25 percent over game 6 and was the top rated game in 113th series, according to Deadline Thursday.

The final game was definitely historic, with the Houston Astros coming away with a 5-1 victory over the Los Angeles Dodgers and the first World Series win in the club’s history. It brought in more viewers than the rest of the 2017 series and scored a 18.81/31 in metered market results.  (RELATED: The World Series Ratings Just Topped The NFL For The Second Time Ever) 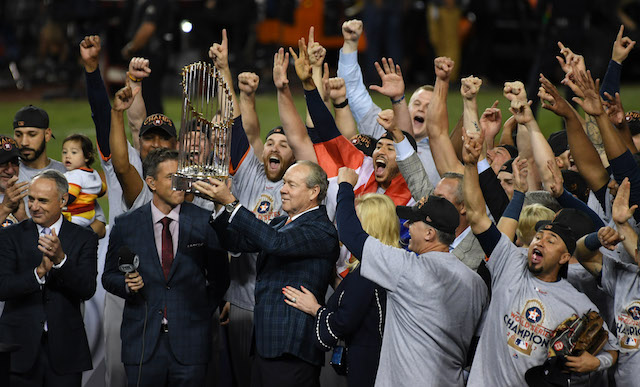 That’s up over game 6  Tuesday night, which saw the Dodgers walk away with a victory to push the series to a final game 7. That game scored a 6.0/23 among adults ages 18-49 with 22.29 million people watching.

However, Wednesday night’s game fell short of the last game in the 2016 series by 25 percent. The historic Chicago Cubs victory over the Cleveland Indians last year ended a 108 year drought for the Cubs’ and earned a 12.6/39 rating in the key demographic with more than 40 million viewers.

Still, last night’s epic showdown in southern California was rated the second highest baseball broadcast since the World Series game 7 in 2002 between the San Francisco Giants and the Anaheim Angels.