Kendall Jenner dressed casual for her 22nd birthday party on Thursday night, but she made sure to show some skin. 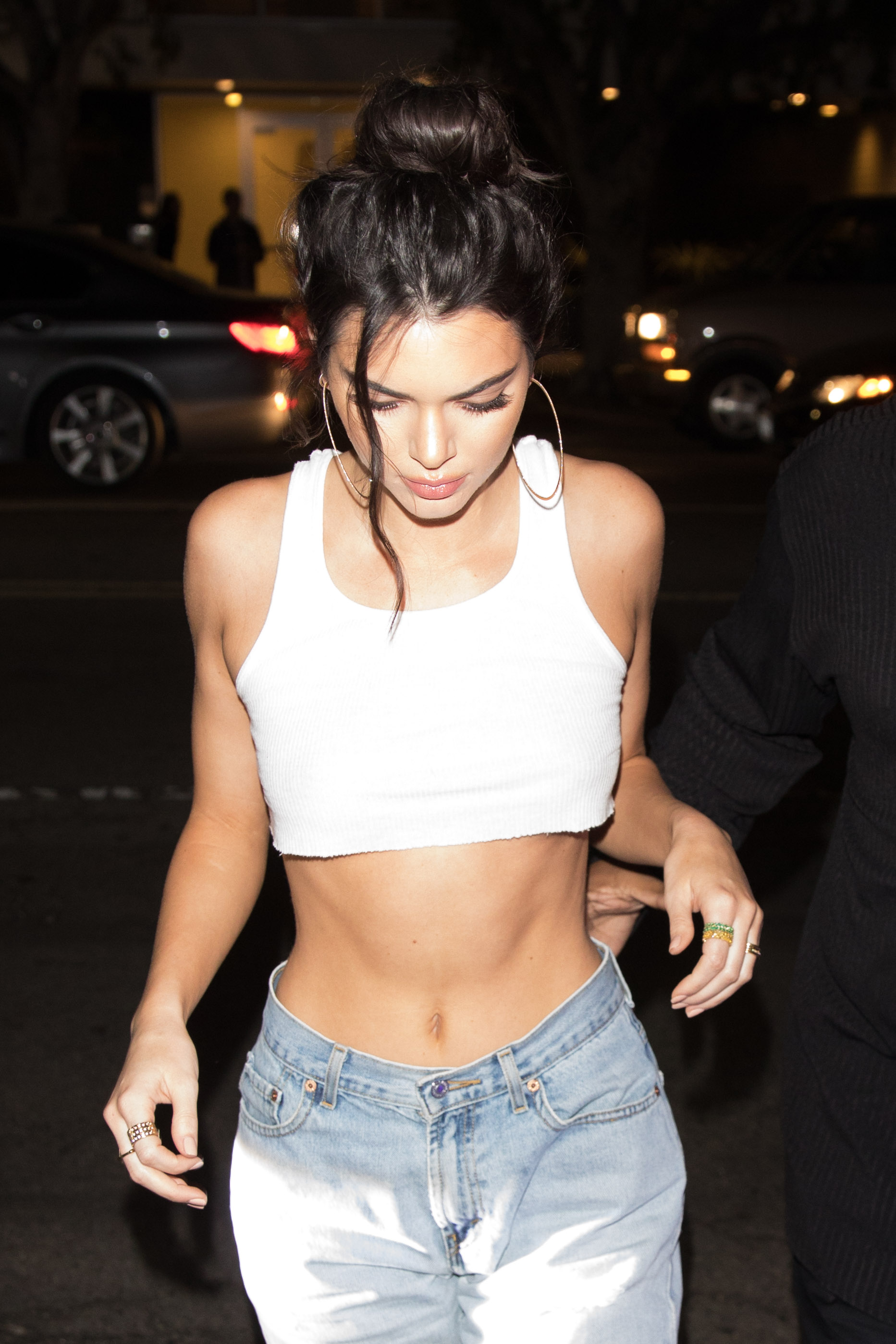 Jenner showed up to her birthday dinner in West Hollywood late Thursday night wearing a skimpy white tank-top, a pair of jeans and some sparkling knee-high boots. By the looks of it, Jenner took some scissors to her already skimpy top in order to show off her toned abs for the special occasion. And, as usual, she opted not to wear a bra. 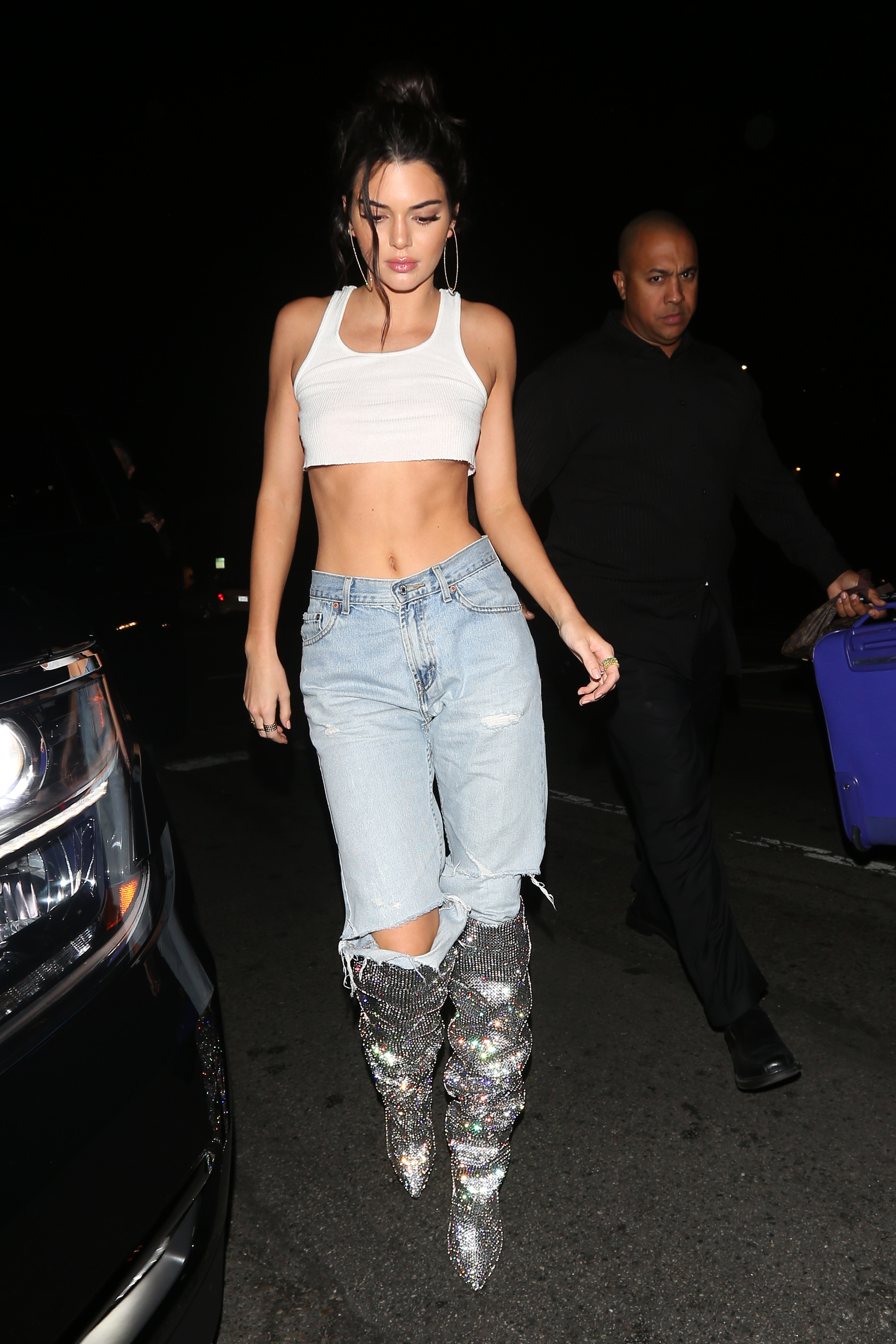 Both her parents attended the low-key celebration as did Kim, Kanye, Kourtney and best friends Younes Bendjima and Hailey Baldwin, according to TMZ. Jenner’s rumored boyfriend Blake Griffin also showed up, so it seems to be more than rumors now.

Noticeably absent from the group were sisters Khloe Kardashian and Kylie Jenner, who are both pregnant. (RELATED: Check Out Kendall Jenner’s Cousin, Who’s Also A Model) 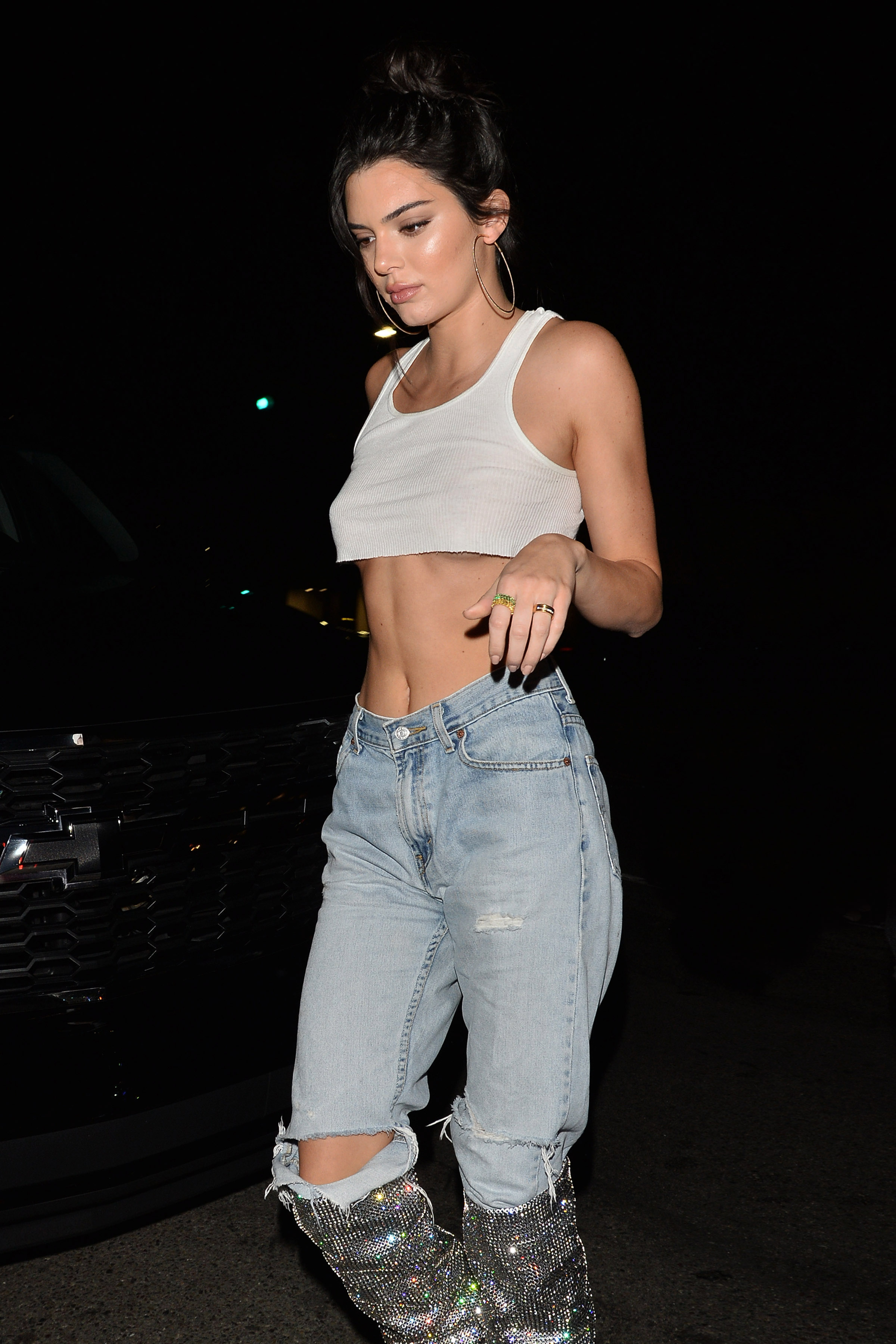 The 22nd birthday celebration sounds like it was pretty tame for the La Perla Lingerie model, with just her family and a few close friends in attendance. It’s probably safe to assume there’s a bigger celebration in store for Jenner sometime soon.

1
Tucker Carlson Insists Biden 'Will Not Be The Democratic Nominee.' Here's Who He Predicts Will Assume The Mantle
Media
2
Trish Regan Out At Fox Business
Media
3
Joe Biden Accused Of Sexually Assaulting Former Staffer: 'Penetrated Me With His Fingers'
Politics
4
EXCLUSIVE Half-Hour Interview With Donald Trump Jr — Why He Wouldn't Be 'Surprised' If Cuomo Wins Dem Nomination Over Biden And More
Politics
5
'Don't Be A Cutie Pie': Trump Mocks ABC Reporter During Coronavirus Briefing
Politics