President Donald Trump said Sunday that Americans will do what “they do best” and “stand strong” in response to a mass shooting in Texas. 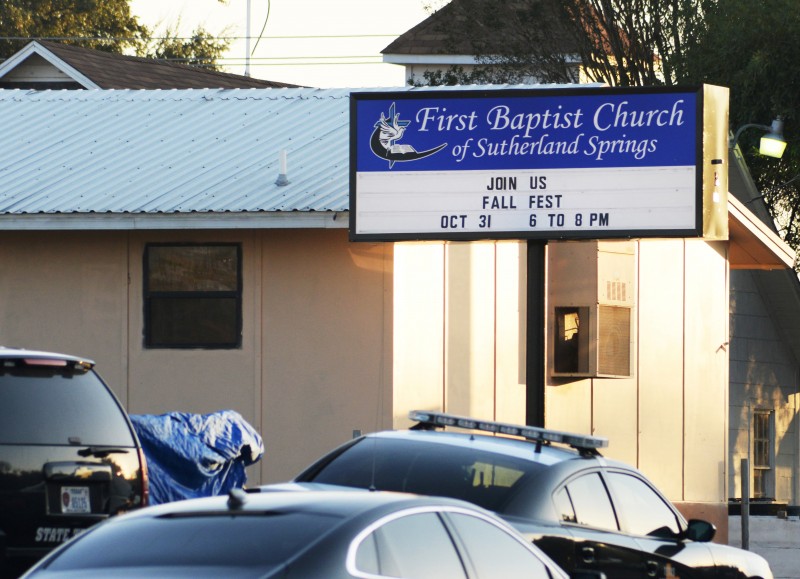 First responders are at the shooting scene at the First Baptist Church in Sutherland Springs, Texas, U.S., November 5, 2017. REUTERS/Joe Mitchell

“Our thoughts and prayers are with the victims and families in today’s horrible…attack,” Trump said, speaking at the U.S. embassy in Japan. “In dark times, and these are dark times, such as these, Americans do what they do best: they pull together.”

“We join hands, we lock arms, and through the tears and through the sadness, we stand strong,” Trump added. “All Americans pray to God to help the wounded and the families of the victims.”

WATCH INTERVIEW WITH THE HERO WHO HELPED CHASE DOWN THE SHOOTER: