The ratings for the 51st Country Music Association Awards Wednesday night are up by 14 percent over last year’s historic low, according to Deadline.

Hosted for the 10th time by country singers Brad Paisley and Carrie Underwood, the evening scored a 3.2 rating among adults ages 18-49 with 14.29 million viewers, compared to last year’s 12.5 million who tuned in to the annual country music award show. (RELATED: CMAs Get Political, Mock Trump And Clinton) 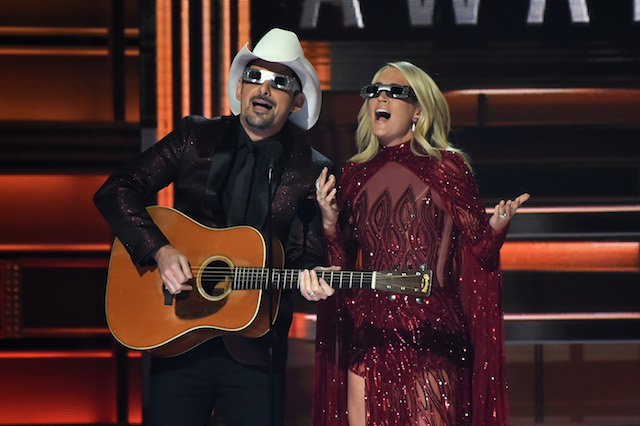 That puts last night’s broadcast up over the 2016 awards show.

According to another report, the CMAs were helped by the fact people wanted to see how they would handle the loss of several country music fans after the Las Vegas shooting last month.

At the start of the show, the hosts recognized that the year had been marked with a lot of tragedy and named the Vegas shooting, the Sutherland Springs, Texas church shooting and the hurricanes. Then things quickly turned political with both taking jabs at both President Donald Trump and Hillary Clinton.