Broaddrick accused Clinton of violently raping her in an Arkansas hotel room while she was volunteering on his campaign for governor.

I was 35 years old when Bill Clinton, Ark. Attorney General raped me and Hillary tried to silence me. I am now 73….it never goes away.

Willey accused Clinton of making advances on her and groping her in the Oval Office — the same place where Clinton instructed a young intern, Monica Lewinsky, to perform oral sex on him.

Paula Jones accused Clinton of sexually harassing her at an Arkansas hotel room where she worked. After making several (unsuccessful) advances towards her, Jones said, Clinton “lowered his trousers and underwear, exposed his penis (which was erect) and told me to ‘kiss it.'” 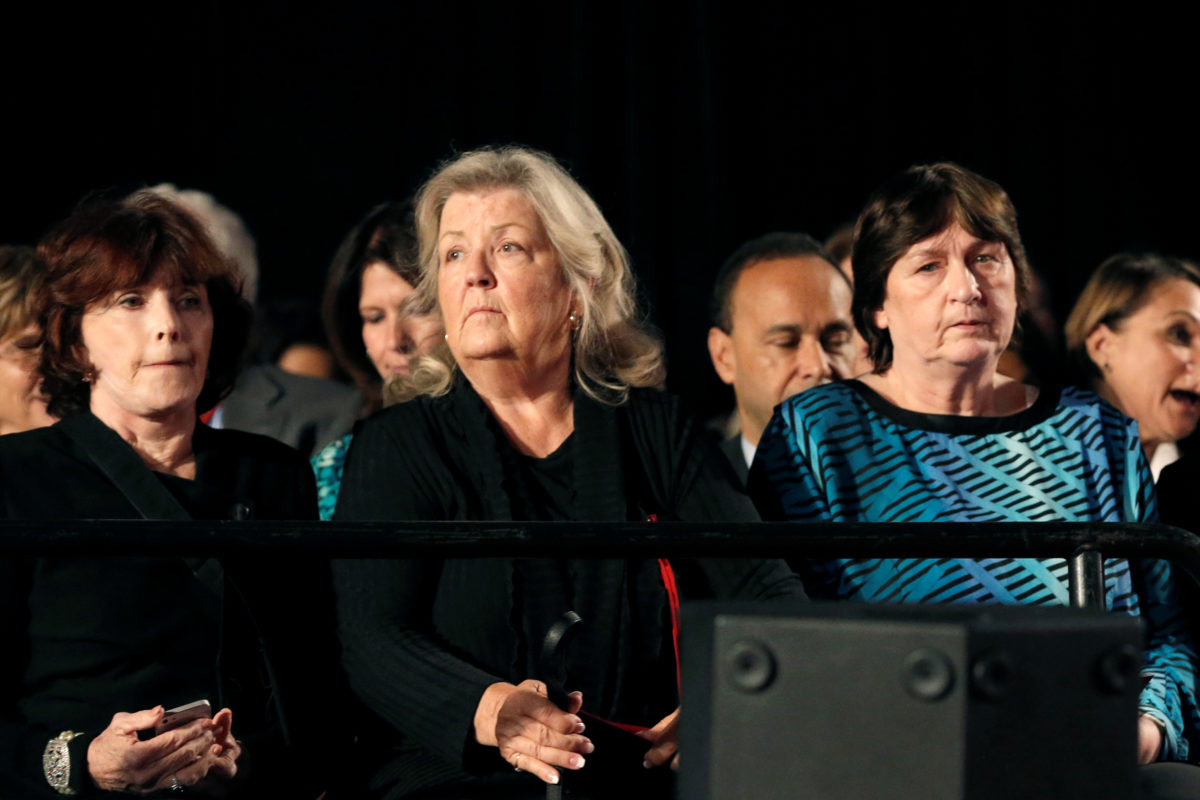 All three alleged victims have long struggled to get the media to believe their stories. Now, as the Clintons are on their way out in Democratic Party politics, some journalists are ready to acknowledge the seriousness of the accusations against Bill Clinton.

MSNBC host Chris Hayes acknowledged Friday that it is “true that Democrats and the center left are overdue for a real reckoning with the allegations against [Bill Clinton].”

Does this sound familiar? pic.twitter.com/eCby6bxsGS

“I think it’s time to talk about Juanita Broaddrick,” Vice’s Eve Peyser wrote on Twitter. “I believe her.”

The Atlantic editor Caitlin Flanagan acknowledged that Bill Clinton’s defenders were “on the wrong side of history” in a piece on Monday titled, “Bill Clinton: A Reckoning.”

“The Democratic Party needs to make its own reckoning of the way it protected Bill Clinton,” Flanagan wrote, noting the way that prominent feminists leapt to Clinton’s defense.

New York Times columnist Michelle Goldberg wrote a column for Tuesday’s paper titled, “I Believe Juanita.” Unlike Flanagan, Goldberg blamed conservatives for the fact that liberals didn’t believe Juanita Broaddrick. Liberals, Goldberg said, “should be wary of allegations that bubble up from the right-wing press.”

“It’s fair to conclude that because of Broaddrick’s allegations, Bill Clinton no longer has a place in decent society,” Goldberg conceded. “But we should remember that it’s not simply partisan tribalism that led liberals to doubt her.”

Broaddrick’s reaction to someone at the NYT believing her: “Hell has definitely frozen over.”

Referring to the recent accusations against Moore, CNN anchor Jake Tapper noted on Monday that “the accusers of Bill Clinton back in the ’90s were never given the credence and treated with the same respect that these women are being treated and I think that there is something to be said about how society has evolved since then.” Tapper said that “it’s hard not to look back at that period and think” that “[t]he media treated those women poorly.”

That reality is that during Hillary Clinton’s 2016 presidential campaign just last year, prominent media figures were dismissive of Bill Clinton’s accusers, essentially accusing them of lying.

Ian Milhiser, an editor with left-wing website Think Progress, outright dismissed the accusations against Clinton in January 2016. “Number of Americans who are suffering because of Bill Clinton’s penis: 0,” Milhiser wrote on Twitter. He only deleted the tweet within the last few days.

In January 2016, NBC News scrapped an interview with Broaddrick because she didn’t have “anything new” to say about the alleged rape. Four months later in May, NBC News anchor Andrea Mitchell inaccurately characterized Broaddrick’s account as a “discredited and long-denied accusation.”

The women of “The View” trashed Clinton’s accusers less than a month before the election. Two hosts, Joy Behar and Whoopi Goldberg, said that Bill Clinton’s victims were partially to blame because Clinton was a married man. Behar went so far as to call the women “tramps.”