A source told the outlet that the 65-year-old movie mogul made the trip to California for a “mandatory mediation meeting” with The Weinstein Company. He resigned from the company board last month following a flood of sexual harassment and assault allegations against him. (RELATED: Kevin Spacey Reportedly Joins Harvey Weinstein In Sex Addiction Rehab) 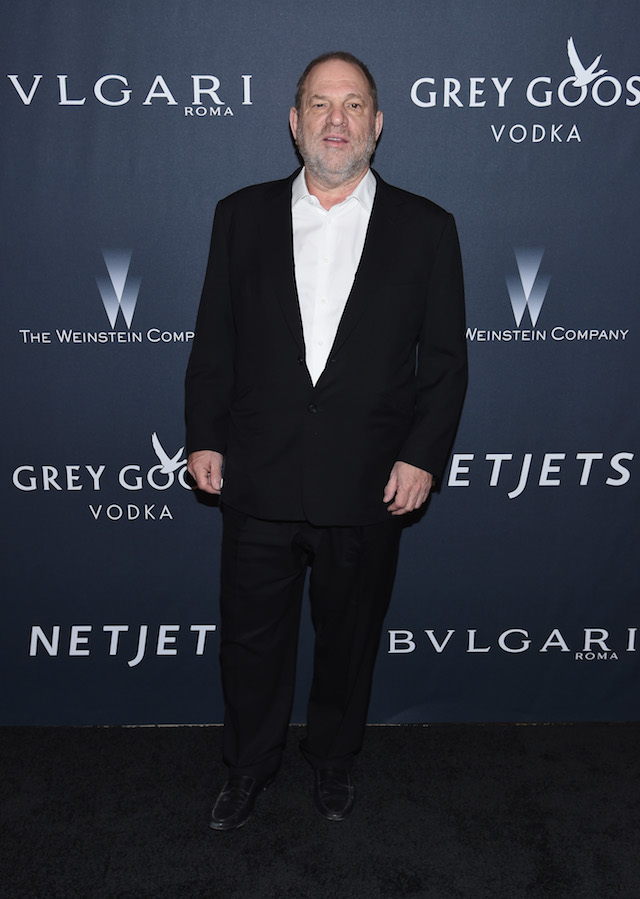 Weinstein has faced accusations from more than 50 women following the shocking exposes last month in The New York Times and The New Yorker that detailed several allegations of sexual miscondut against the disgraced producer.

Shortly after the reports surfaced, Weinstein was forced to resign from the board. He then checked into a luxury treatment center in Arizona to “deal with this issue head-on,” according to a statement.

“Harvey is still in Arizona and is taking treatment seriously,” a source told the outlet at the time. “He only gets time off for meals and meals are spent with his treatment sponsor. He is basically in 24/7 treatment.”

“He sees different doctors, but doesn’t go to a treatment facility every day,” another source explained. “Harvey wants to leave every day.”

“In one group therapy session, Harvey arrived 15 minutes late. Then, when it was his turn to speak, he launched into a speech about how this is all a conspiracy against him,” a source told another outlet at the time.

A spokesperson for Weinstein has said, “any allegations of non-consensual sex are unequivocally denied by Mr. Weinstein. Mr. Weinstein has further confirmed that there were never any acts of retaliation against any women for refusing his advances.”