Illinois football is the biggest underdog in Big Ten conference play history for their upcoming game against Ohio State.

Illinois enters the game as an astounding 41 point underdog, according to Jon Campbell of OddsShark.

Ohio State is a 41-point favorite versus Illinois right now. That’s the highest spread we have on record for a Big Ten conference game.

What is even the point of playing this game? Illinois would forfeit if they had any honor. That would at least allow Ohio State to get in a little more practice time before they play Michigan. 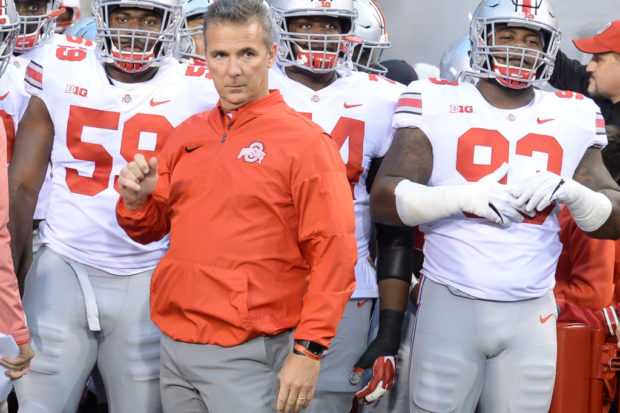 LINCOLN, NE – OCTOBER 14: Head coach Urban Meyer of the Ohio State Buckeyes waits to lead the team on the field against the Nebraska Cornhuskers at Memorial Stadium on October 14, 2017 in Lincoln, Nebraska. (Photo by Steven Branscombe/Getty Images)

Imagine entering a game knowing that you’re expected to lose by six touchdowns. It must be humiliating. Like I said, the boys for the Fighting Illiniois should just back it up, and go back to their apartments. This one is going to be insanely ugly for anybody not wearing a Buckeyes uniform.