Kelly told the media he wanted “honesty” out of his next coach when asked what he’s looking for. That’s not even a subtle shot at Jones. That’s openly firing the cannons.

Tailback John Kelly on the one characteristic he’s looking for in Tennessee’s next head coach: “Honesty.” 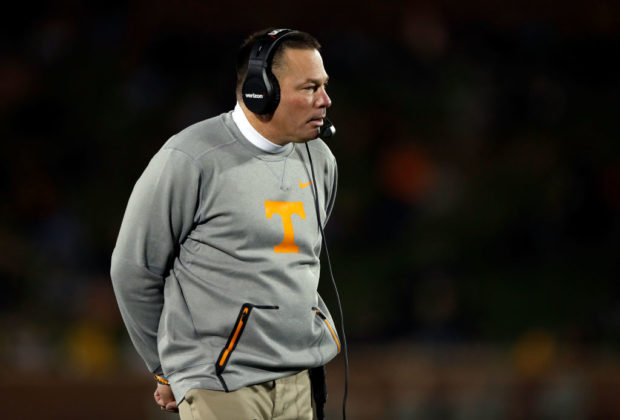 COLUMBIA, MO – NOVEMBER 11: Head coach Butch Jones of the Tennessee Volunteers coaches from the sidelines during the game against the Missouri Tigers at Faurot Field/Memorial Stadium on November 11, 2017 in Columbia, Missouri. (Photo by Jamie Squire/Getty Images)

Ouch. It doesn’t get much worse than that. Jones has already been kicked to the curb, and now he has players trying to imply he wasn’t an honest guy.

Jones has also already allegedly been up to some shady stuff since being fired. A report came out shortly after he got canned that he was calling commits and telling them to go elsewhere. I wonder why a player for a coach like that would ever want to value honesty in Jones’ successor?