Rose McGowan was arraigned Thursday in Virginia on felony cocaine drug charges after she had claimed in The New Yorker that the drugs were planted on her in an attempt to silence her.

The 44-year-old actress did not appear in court for the arraignment after a judge agreed to waive her appearance at her lawyer’s request, according to the Associated Press. (RELATED: Rose McGowan Slams Media Focusing On Spacey Coming Out Rather Than Pedophilia Allegation) 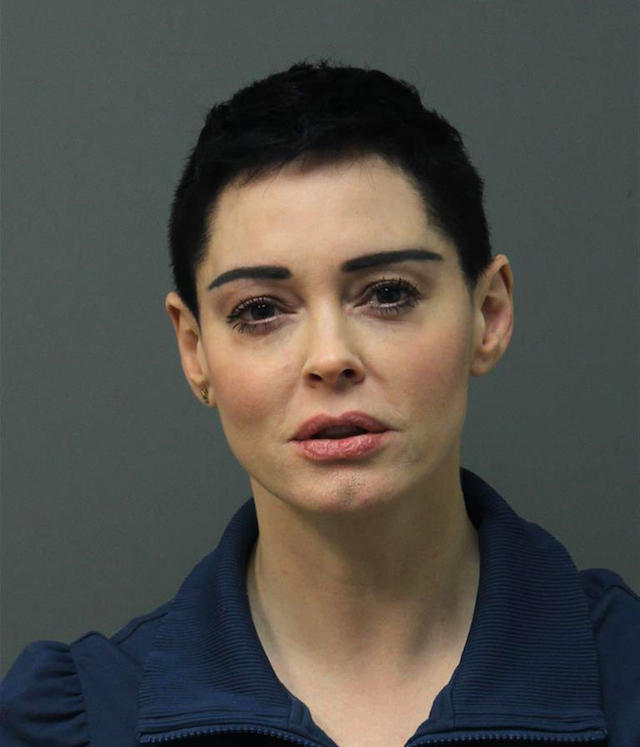 Rose McGowan’s mugshot after handing herself in on drug charges. (photo: Splash News)

The “Charmed” star has been one of the most outspoken people in the entertainment industry on the subject of sexual harassment and sexual assault, following The New York Times expose detailing decades-long sexual harassment allegations against Harvey Weinstein.

McGowan said she was so fearful that the warrant was just a ploy to silence her that she hired a private investigator to make sure it was real. She also addressed the warrant on Twitter shortly after the original reports surfaced last month, suggesting she was being silenced for her comments about alleged misconduct in Hollywood.

On Tuesday, she was arrested in Loudon County, Virginia after she turned herself in for the outstanding warrant for felony possession of a controlled substance. The sheriff’s office told The Blast at the time that she was booked into custody, took a mugshot, and then released on $5,000 unsecured bond.

The arrest stems from an investigation by police after she left her wallet on a United flight after it arrived at Washington Dulles International Airport in January. A cleaning crew reportedly found two bags of cocaine in the wallet, along with the actresses’ medical marijuana card.

Her preliminary hearing to deal with the charges was set for January 23. McGowan told the outlet that she planned to “clearly plead not guilty.”