Gene Simmons has earned himself a lifetime Fox News ban for simply acting like a rock star.

Simmons has been a frequent guest on several of Fox News’ programs, but on Wednesday they had enough of the Kiss frontman after he made a predictably unpredictable take on Harvey Weinstein, made a few Michael Jackson jokes, ripped his shirt open and joked about two Fox employees’ intelligence.

The 62-year-old rocker has appeared on the network countless times and his behavior, while milder than his onstage persona, has always been about what you would expect.

Simmons made a guest appearance on “Fox & Friends” Wednesday morning, during which he hilariously jumped in on the weather report to the delight of the entire cast.

Later on, Simmons joined a Fox Business panel where he gave his take on Harvey Weinstein, only after being prompted by host Maria Bartiromo.

“The lunatics have taken over the insane asylum when respected business entities such as yourself ask guys that like to stick their tongues out,” Simmons said, “what I think of Harvey Weinstein.”

“Okay, I’m a powerful and attractive man, and what I’m about to say is deadly serious,” he continued. “Men are jackasses. From the time we’re young we have testosterone. I’m not validating it or defending it.” 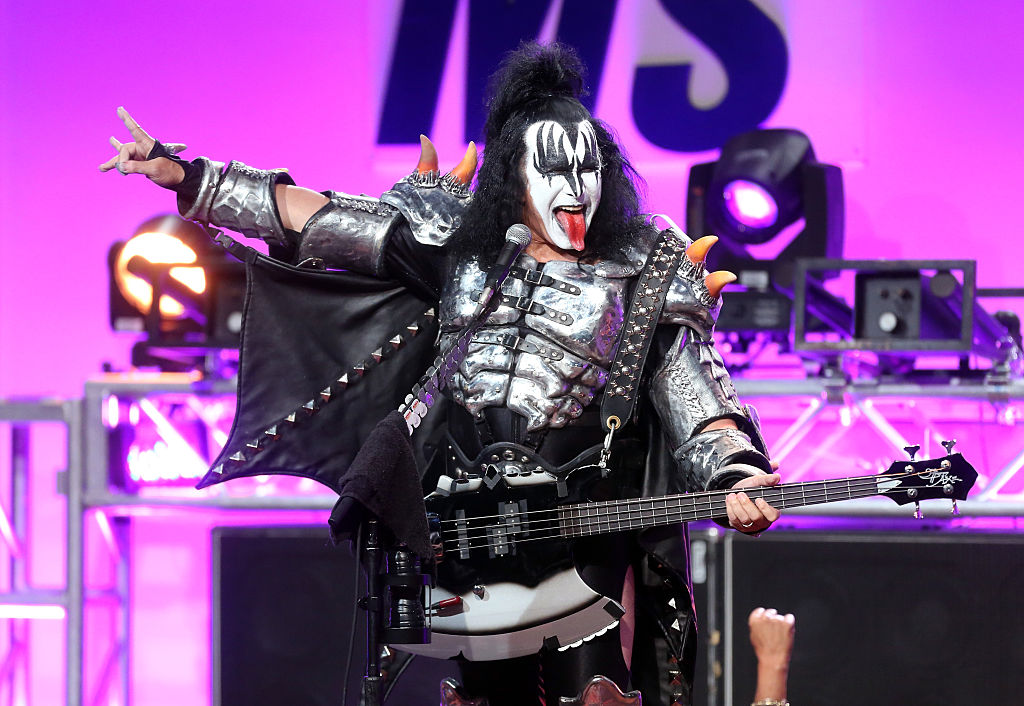 That was Simmons onstage, in front of the camera. But what earned him the “lifetime ban” from the news network happened later on. Here’s what happened, according to a report from The Daily Beast:

Simmons showed up on the 14th floor to do a book-plugging interview with FoxNews.com’s entertainment section, but instead barged in on a staff meeting uninvited.

“Hey chicks, sue me!” he shouted, and then pulled open his red velvet shirt to reveal his chest and belly, according to the source. Then he starting telling Michael Jackson pedophilia jokes, and then bopped two employees on the head with his book, making derisive comments about their comparative intelligence according to the sound their heads made when struck.

“It was pretty severe,” the source said.

Pretty severe, huh? You’re telling me Gene Simmons, who’s made a living singing songs about sex, drugs and rock ‘n’ roll, opened his shirt up, cracked a few offensive jokes and made a joke about two employees heads being hollow?

Sure, Gene Simmons has some conservative views, but that’s not why Fox News brings him on. They bring him on because he’s a rock star and they should expect him to act as such when he comes to their building, onstage and off.

Like Simmons said, you’re asking a guy who likes to stick his tongue out to appear on your network, what do you expect? You can’t take the rocker out of the rock star.