The MIT study attempts to attribute rainfall during Hurricane Harvey to climate change. As expected, media outlets are sensationalizing the findings of the study without checking the facts. The result is a continuation of the alarmist climate rhetoric we have seen for years.

Many of the extreme weather events cited by the media have no link to climate change.

This hurricane season has been no different. For instance, Hurricane Harvey was portrayed in the media as a deadly consequence of a warming climate. However, the facts are that this just isn’t the case. When looking at historical data for hurricanes affecting the United States, the data shows no trend over time.

The United States recently experienced one of its longest hurricane “droughts” in modern history, spanning a decade since a major hurricane made landfall.

Likewise, flooding has been found to have no correlation to climate change. Even the Intergovernmental Panel on Climate Change found in its latest report that there is a lack of scientific evidence pertaining to floods and thus it has low confidence regarding any trends in magnitude or frequency of floods on a global scale.

The story is the same for many indicators of extreme weather, such as tornadoes and drought.

The data does not support the claims often made in the media, yet this does not stop journalists from using alarmist rhetoric to gain a larger readership. Scientists should look to trends before making dire predictions about extreme weather, but the trends show no link to climate change. 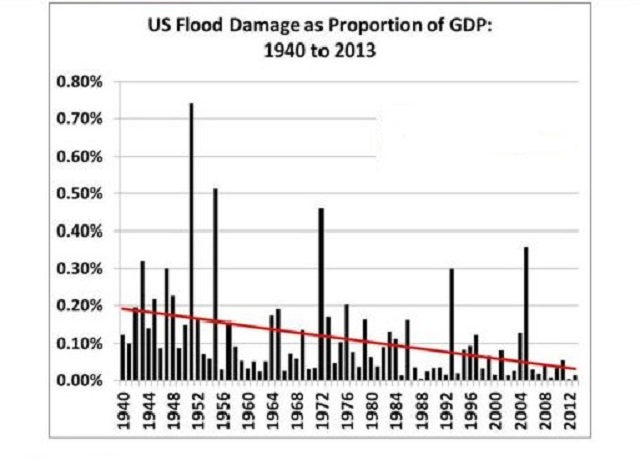 Basing a hypothesis on flawed reasoning and assumptions goes against the scientific method. These types of practices are all too common today. Scientists should instead adhere to sound science that is based on the core principles of the scientific method. These principles will steer scientists in the right direction. Assuming an outcome with no supporting evidence will not.

While the media will continue to report unfounded claims about climate change, the facts don’t lie. Thank you for continuing to shine a light on one-sided reporting that our national media practices far too often.

Rep. Lamar Smith, a Republican from Texas, has represented Texas’s 21st congressional district since 1987. He is currently the chairman of the United States House Committee on Science, Space, and Technology.