Hillary Clinton and Bill Clinton are under recurring scrutiny in the wake of rampant sexual assault allegations that have been ripping through the American political fabric. Some of the most high-profile candidates and politicians in the country, from both sides of the aisle, have been accused of sexual misconduct.

The heat of the accusations have brought heavy scrutiny down upon the Clintons again for their role in various episodes of sexual misconduct while Bill was governor of Arkansas and President. Clinton became the first president to be impeached in modern history after lying under oath about an inappropriate sexual relationship with a White House intern.

The current atmosphere of sexual misconduct has created a chorus of politicians condemning Clinton’s behavior and major liberal publications saying he should have resigned.

The new criticism on the Clintons has also resurfaced some gems from the couple’s early 1990s defense of Clinton’s behavior. One of those clips going viral is a little-known video of Clinton getting a broadcast light dropped on her during a retro “60 Minutes” interview. The future first lady screamed when the light came down with a crash behind her and loudly took the Lord’s name in vain, shrieking “Jesus, Mary and Joseph!”

As the light was collapsing on his wife, Bill Clinton instinctively moved away in fear. 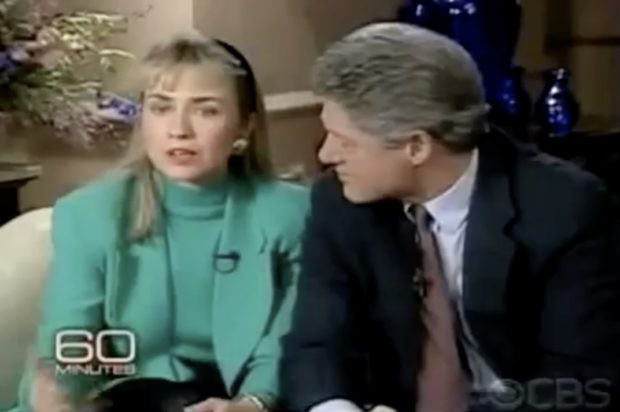 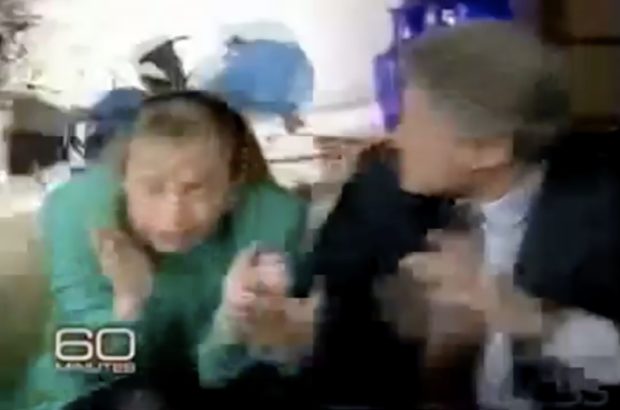 This is so perfect. In the. In the midst of yet another #Clinton lie, the set falls on them. pic.twitter.com/9wqJ3KSngp