Eminem basically threw a hissy fit because he wrote a rap slamming President Donald Trump and the president hasn’t reacted to it yet. 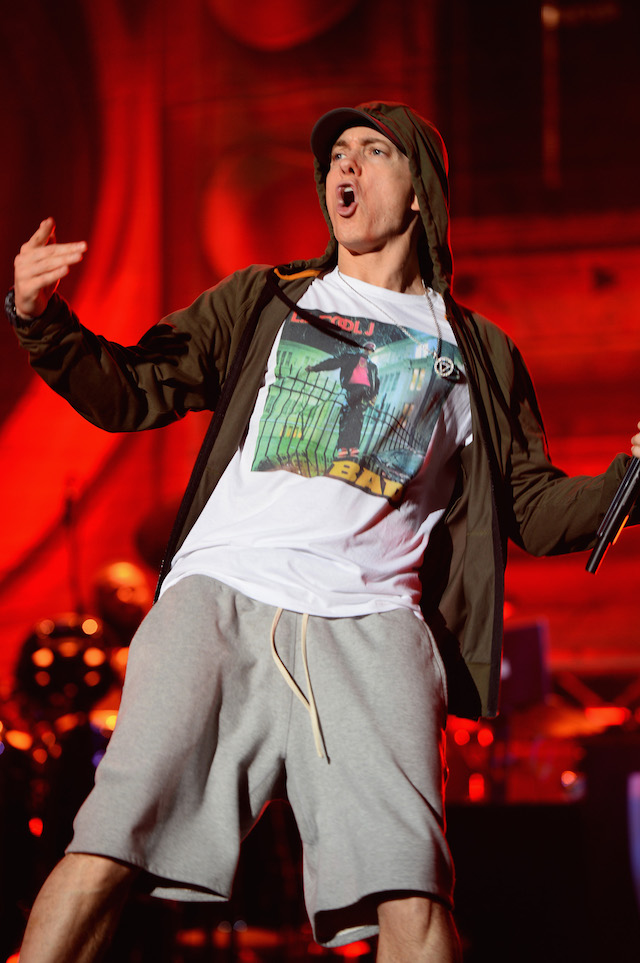 Eminem performs at Samsung Galaxy stage during 2014 Lollapalooza Day One at Grant Park in 2014 in Chicago. (Photo by Theo Wargo/Getty Images)

“I feel like he’s not paying attention to me,” he added. “I was kind of waiting for him to say something, and for some reason, he didn’t say anything.”

The rapper’s comments stem from a five-minute-long freestyle rap he performed for the BET Hip Hop Awards in October. The video quickly went viral with close to 40 million views to date.

In the rant, Eminem attacked Trump for his handling of things like North Korea, immigration, Hurricane Maria, the Las Vegas massacre, the violence in Charlottesville, Virginia, and the National Football League player protests.

At one point, he refers to the president as a “kamikaze that will probably cause a nuclear holocaust.” He also told his fans “that any fan of mine who’s a supporter of his [Trump],” “fuck you.”