Mark Hamill said he got emotional during his return to the Millennium Falcon set before filming “The Last Jedi.”

“I’m telling you, I didn’t expect to have the reaction I had,” Hamill, who plays Luke Skywalker in the Star Wars franchise, told Entertainment Weekly. (RELATED: Watch The International Trailer For ‘Star Wars: The Last Jedi’) 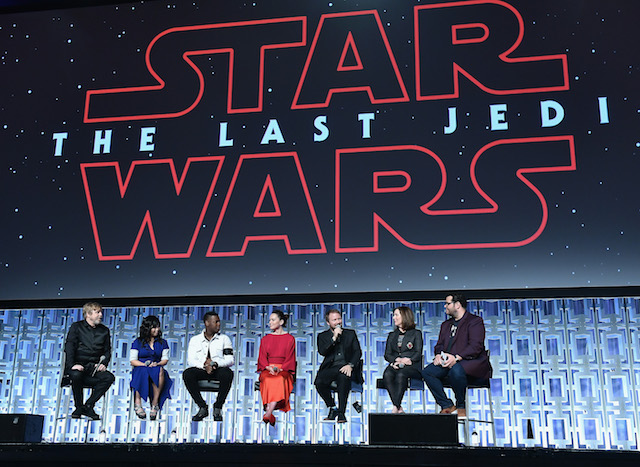 “I was there with my family, with [my children] Nathan and Griffin and Chelsea and my wife Marilou, and [Lucasfilm] asked if the documentary crew could be there when I came back on the Millennium Falcon,” he added. “I mean, this was not on the shooting day. I was just street clothes and going to visit that set. And I said, ‘Sure.'”

“It was sort of like visiting an old house that you lived in when you were a kid,” he continued. “I mean, I just welled up with emotion and I said, ‘I need to be by myself.’ They had recreated it down to every last detail that I remember. The oil drips, the hanging pipes, just everything. The dice in the cockpit.”

“All of this, happening to me again was… it’s hard to put into words,” Hamill shared. “I figured when the prequels came out, plus a few years, people would forget about us. But it never really went away.”

“People have these stories they tell you, you know, about how [‘Star Wars’] helped them through hard times,” he added. “Or they met their wife in line for this [movie], and were married by that one, and had a child by that one.”

“The Last Jedi” is scheduled to hit theaters Dec. 15.