Auburn got hit with a hefty fine after students and fans rushed the field following their upset of top ranked Alabama.

The school will have to fork over $250,000 as a result of the massive post-game celebration. 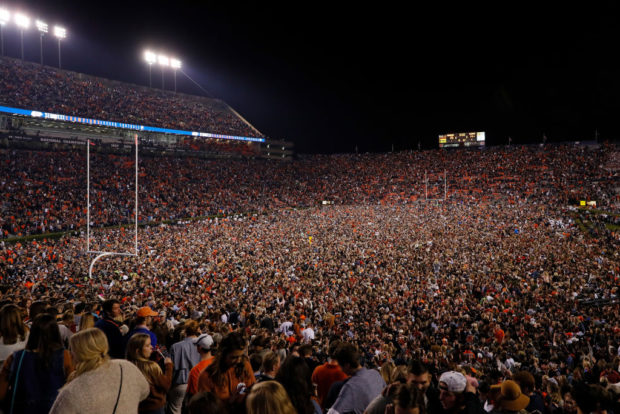 Rushing the field when you’re a ranked team after a win is pretty dumb, but this is even dumber. Rushing the field is part of the game when it comes to sports, and fining Auburn is ridiculous.

Should they have done it? Probably not because it makes it seem like the Auburn fans never expected to win. It’s more about not doing it to send a message. It has nothing to do with safety or money. Foolish on the part of Auburn fans, but much more foolish for the SEC. Just pathetic.