Wisconsin is a six point underdog against Ohio State in the Big Ten Championship, and I’ve never seen a bigger lock in my life.

I kind of want to be upset at the fact the undefeated Badgers are nearly a touchdown underdogs to the Buckeyes, but I can’t really be mad when I know I’m about to make a ton of money.

How are oddsmakers coming to this conclusion? Do they not actually watch football? Wisconsin is going to roll the Buckeyes. There is a chance OSU’s quarterback and best player J.T. Barrett doesn’t even play after getting hurt prior to the Michigan game. 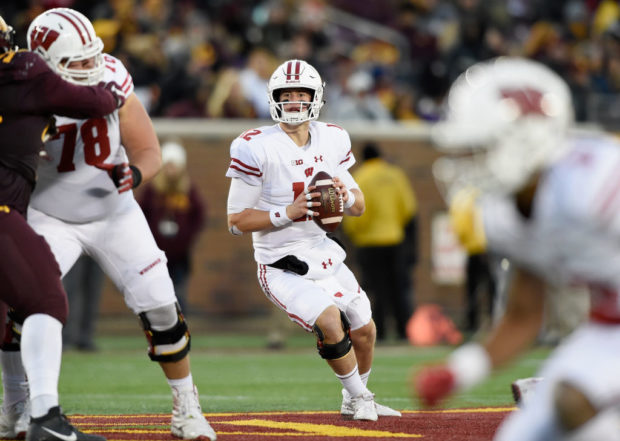 MINNEAPOLIS, MN – NOVEMBER 25: Alex Hornibrook #12 of the Wisconsin Badgers looks to passes the ball against the Minnesota Golden Gophers during the third quarter of the game on November 25, 2017 at TCF Bank Stadium in Minneapolis, Minnesota. The Badgers defeated the Golden Gophers 31-0. (Photo by Hannah Foslien/Getty Images)

This gambling line is so stereotypical OSU that it honestly hurts. OSU has the name, the hype, the world famous coach but they’re not winning this game. Oddsmakers are thinking with their heart and nostalgia instead of the facts. There’s  a better chance I’ll be engaged to a supermodel by Saturday night than Ohio State beats Wisconsin by more than six.

I will have every dollar I can find on this game at +6. I might win enough to buy a ranch in Montana when it’s all said in done. It’s almost criminal to take money off of people so easily.

Mark my words right now. Not only is Ohio State not going to cover the line, the Buckeyes aren’t winning this game. Period. It’s time to get very rich.