“I just want to thank you because you are very, very special people. You were here long before any of us were here. Although, we have a representative in Congress who has been here a long time, longer than you, they call her ‘Pocahontas.'”

Warren responded to the president, calling the comments a “racial slur.”

At Monday’s White House press briefing, Sarah Sanders was asked about the comments and if she thought they were offensive. Sanders said:

“I think what most people find offensive is Senator Warren lying about her heritage to advance her career.”

One voice that has been missing in the debate has been that of the code talkers honored in the ceremony. 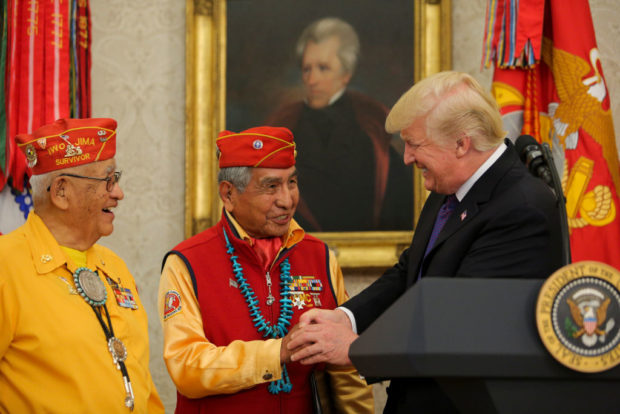 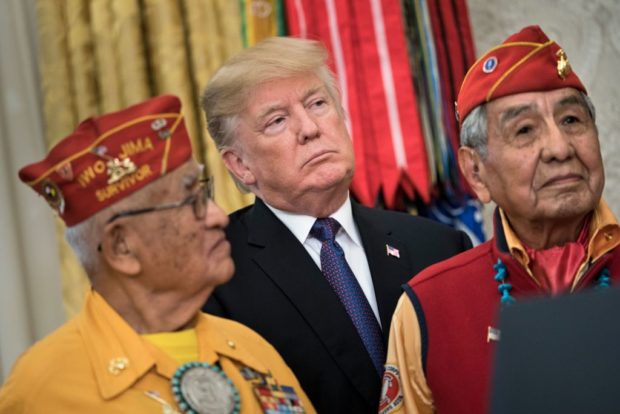 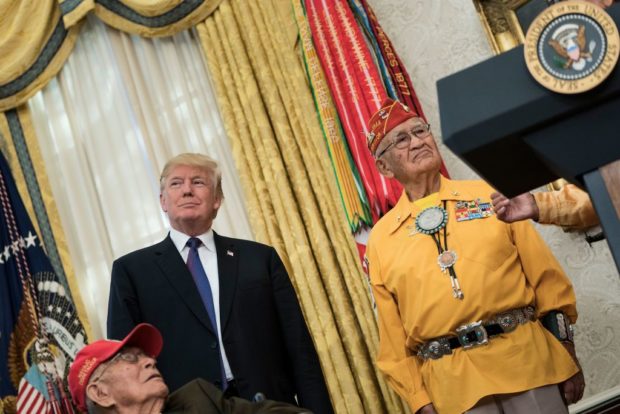 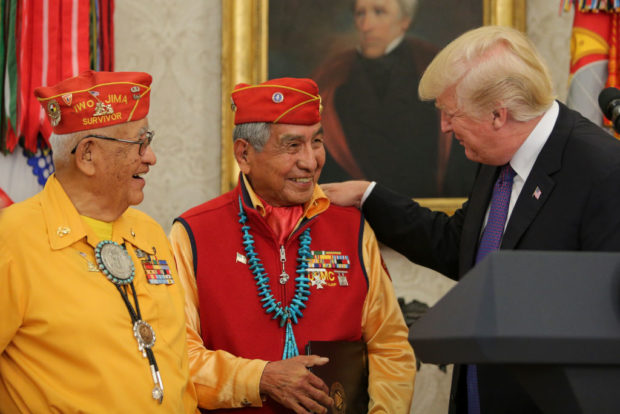 Reporter and writer Joshua Green met Thomas Begay, one of the code talkers honored Monday, on his way out of Washington, D.C. Green asked him about the event. Begay said he was “puzzled” about the comment but not offended.

Then Begay dropped a very non safe-space one liner:

“The Marines made us yell ‘Geronimo’ when we jumped out of planes and that didn’t offend me either.” 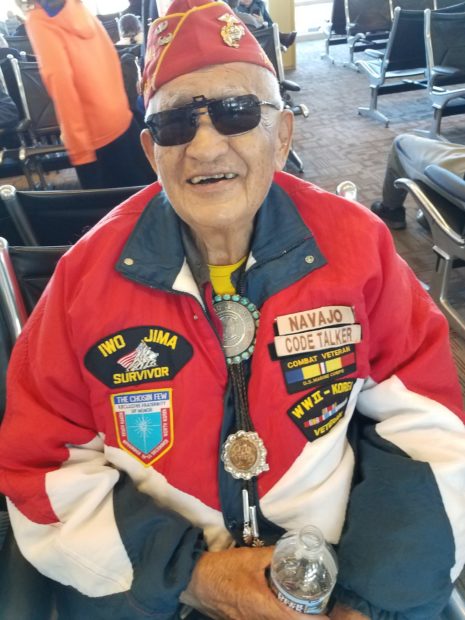 Just met Thomas Begay who was “puzzled” but not offended by Trump’s Pocahontas quip: “The Marines made us yell ‘Geronimo’ when we jumped out of planes + that didn’t offend me either.” pic.twitter.com/6wOonggocE